Hey angels, it’s not just about the valuation ANGEL investors should pay attention to the terms of the investment agreement instead of getting excited over a company’s valuation, said MOL Inc founder and chairman Ganesh Kumar Bangah.

“It’s not the valuation and it’s not the amount that is announced – what is important are the terms in your investment agreement,” said Ganesh, who is the deputy chairman of the National ICT Association of Malaysia (Pikom), and also heads the association’s Angel Chapter.

“Today, you see ‘unicorns’ with a valuation of US$6 billion like Square Inc, which has a world renowned chief executive officer Jack Dorsey – yet its private valuation was slashed by 40% when it went for an IPO (initial public offering).

“What more of a Malaysian startup? So don’t look at the announcements, look at the terms of agreements which could actually affect you,” he told at a panel discussion at the Malaysian Business Angel Summit (MBAN) Summit 2015: Futurising Asean Angels in Kuala Lumpur on Nov 19. Speaking on portfolio syndication among angel investors, Ganesh (pic) said it really depends on the investors themselves.

“I would say it is good as the risk is lowered, but also not good because the syndication divides your time with the companies you invest in.

“I’m not sure if syndicating too many angels is the right solution (to minimise investment risk) – if you want money, then sure.

“But if you want support from other angel investors, I don’t think portfolio syndication is suitable,” he said.

In seeking opportunity off the trodden path, Isidro recommended investors look more deeply into the real estate industry as there are many service-based business that can be built around it.

“Think about the services that can be built and offered around the residences of, for example, a newly-built condo at a certain area,” he said.

The automotive industry in the Philippines is growing, Isidro said, with more and more people owning a car nowadays.

“This causes traffic jams in the Philippines. Yet, this should be seen as an opportunity for spare part retailers to offer their services when a car breaks down,” he said.

Speaking on Malaysia, Ganesh suggested investors look into the online-to-offline (O2O) industry for the next one to three years, while over the next three to five years, the business trend would lie in robotics and the Internet of Things (IoT).

He said the financial services technology (fintech) industry should not be left out either, as it was gaining traction not only in Malaysia but in the Asean region as a whole too.

“With more and more businesses going online, including fintech, people will be more concerned about cybersecurity, so investors might want to look into putting their money into this sector,” he said.

The ingredients of a good deal So what constitutes a ‘good deal’? Not surprisingly, the panellists said it was one that makes money.

But Saito (pic) also said good deals usually come from companies with good founders. “As long as the company has a good founder, the deal won’t be too bad.”

According to Isidro, the personal relationship between investors and startups plays a crucial role too.

“Good deals will enable investors and startups to make money but more importantly, it’s the personal relationship between them because the deals between these both parties have to be mutual.

“Trust and motivation are really important in sustaining the relationship between investors and startups. A personal relationship will help the investor to understand the entrepreneur more, and vice versa,” he said.

While Ganesh agreed on the money-making part, he also stressed on the importance of happiness.

“It’s not just about making money but you have to be happy with what you’re doing.

“Also, it’s about sharing experiences. Angel investors often share their experiences with entrepreneurs, and this becomes a value-add for the investors,” he said. 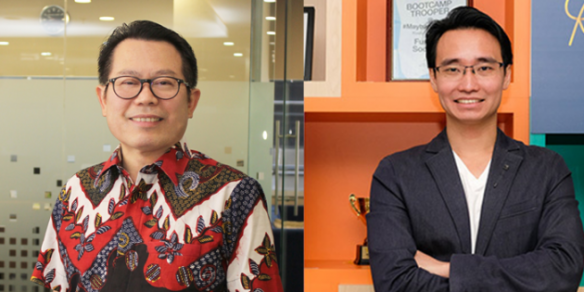