First the tech challenge, then business: Tagg girds itself IN this age of an online shopping boom, customers assume that online prices always beat brick-and-mortar prices – after all, with no overheads such as rent and utilities, this seems pretty much a given.

However, this was far from the case when Tagg cofounder Jerry Tan went shoe-shopping online, getting a pair of Vans from its Amazon store.

“I paid about S$150 (US$105) including shipping,” says Tan, speaking recently to Digital News Asia (DNA) in Singapore.

The following weekend, when out for a movie with friends, he saw a Vans store outside the cinema with the same type of shoes he had bought, but going for S$30 (US$21) less.

Perplexed at this turn of events, Tan approached the staff to find out the reason for the huge gap in prices.

“They told me that they were having a discount till the end of the month, and added that they do have ongoing discounts and promotions – but these campaigns have a poor reach because despite advertising banners and posters, only passers-by or walk-ins can see them,” he adds.

Realising that many brick-and-mortar stores have a poor digital presence, he met up with the Leong Kaiyan, Tagg’s other cofounder, and shared his idea for an app that would allow users to discover promotions and discounts at such stores.

“[Leong] Kaiyan thought it was a great idea, but figured it has to be more than a search engine – it has to be more engaging and more social, so he came up with features like following, liking, sharing and stuff like that,” says Tan.

Thus the brick-and-mortar listing startup Tagg was born in September 2014.

But building from zero to one is a tricky business, as the two would soon find out. Neither cofounder possessed coding skills, so they hired freelancers to develop the first version of the app, which led to some issues.

“We hired developers from freelancer.com to do the very first version,” says Leong.

“But it didn’t work out well at all,” Tan quips, Tagg-team style.

“It was money thrown down the drain,” laments Leong, adding “the freelancers we hired, their design was atrocious, and we didn’t know much about app development.”

That led to the search for Tagg’s own chief technology officer (CTO), who would handle the coding and technical aspects of the app. The duo found one, but the first CTO did not last long.

“In a way, that was our MVP (minimum viable product) in February 2015, but due to some complications in the way our app was designed, our new CTO who came in May 2015 had to rework the backend,” he adds.

That CTO was Liu Weilong.

The fruits of all that labour paid off when a second version of the app was launched in September 2015, heading out to retailers first.

“We built up traction with retailers from September to December (2015) before we launched it to consumers,” says Leong.

But after having solved the technical challenges, Tagg had to next solve the business challenge of getting more users and retailers to use its platform.

But there are only a handful of independent stores, and they aren’t as well known as the high street chains. So the Tagg team continues to work it out, with out-of-the-box marketing.

“We wrote some articles, we also went on Craigslist and [Singapore-headquartered online marketplace] Carousell to start publishing content to get people to download the app and try it out,” says Leong.

While the startup declines to disclose user numbers, the two cofounders confess they made a misstep with the current version of their app.

“We were in talks with Apple late last year, and we realised there were some problems with how the app was designed,” says Leong.

“Apple gave us some feedback on how to get user retention and growth – currently, we have a compulsory sign-up and we’re working to remove that, de-linking it at the backend,” he adds.

Tagg is still currently working on this and will push out a new version when available. Yet for all the missteps Tagg has made, the startup has found a backer who believes in giving brick-and-mortar shops a leg-up in the digital world.

“We had two rounds of funding, the first from an angel investor [Edwin Loh], the boss of an LED billboard company, 3L Media, in Malaysia,” says Tan.

Their second round came in the form of a grant from Singapore’s Media Development Authority, under its iJam scheme.

Meanwhile, Tagg’s business model hinges on a few features that have yet to be unveiled, according to Leong.

“We’ll be charging a commission for users to reserve products from the physical store. We’ll also be charging for additional features such as featured posts, or keyword searches or insertion into the news feed,” he says.

Targeted messaging will also be on the cards for monetisation, he adds.

As for the future, Tagg is aiming to get more users and looking at the possibility of expanding beyond Singapore’s shores, and hopes to be heading into Malaysia and Thailand this year. 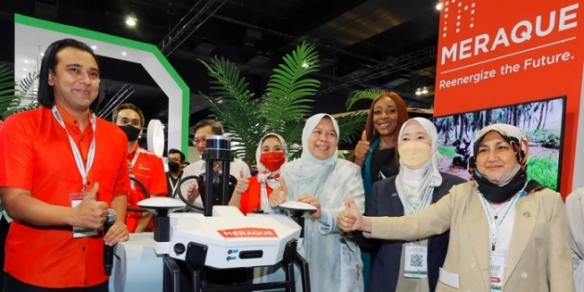