FOUNDED in March 2015, Kuala Lumpur-based venue-booking startup Venuescape has expanded from the Klang Valley to the northern Malaysian state of Penang.

“We are excited to extend our services to those up north, as the events scene has grown tremendously over there,” its managing director Dr Rajiv Bhanot said at a launch event in Kuala Lumpur on March 30.

Venuescape will also expand to Ipoh and Johor Baru, as well as Kota Kinabalu and Kuching in East Malaysia, in “a couple of months,” he said.

“Beyond Malaysian shores, Venuescape will also expand to Singapore, then to Indonesia and the Philippines by the end of this year,” he declared.

Venuescape is a platform for venue-sourcing and event-planning, providing users with a concierge-style service to find a suitable location for their events.

“Usually sourcing out a venue for a function takes a lot of time and effort, especially if you have to visit the locations one by one,” said Rajiv.

“What we do here at Venuescape is convert users’ venue-sourcing experience into an exciting and convenient one,” he claimed.

He said that users can simply scroll down through Venuescape’s venue listings according to their specific requirements to compare and narrow down their options, limiting the number of places they have to physically visit.

Venuescape is also collaborating with Malaysian designer and wedding planner Razak Ahmad to deliver wedding packages to its customers. “When venue operators opt to list on our website by subscribing to our membership model, we take a 15% commission upon a successful booking.

“And if venue operators choose to subscribe to our content model, we will provide write-ups for them on our blog, The Venuescaper’s Guide, taking a smaller cut off a successful booking,” he said, adding that it has 28 venue owners subscribed to the content model.

However, he did not disclose the subscription fees for either model.

Koshy said that to date, there are about 100 venues listed on Venuescape and the website has attracted 25,000 views each month since the platform went live last August, while its blog registers about 20,000 views monthly.

“We have received about 1,000 enquiries so far, which are worth millions of ringgit,” he declared, although he noted requests do not necessarily lead to successful transactions.

When asked, he declined to disclose the number of or value of successful transactions.

Meanwhile, Rajiv said that Venuescape has a ‘48-hour policy’ where its inhouse event teams will respond to a request within that timeframe.

He added that a mobile app will be released in “the next couple of months.”

Venuescape is self-funded currently, although Rajiv declined to disclose the amount that has been invested in the venture.

“We are funded internally and we do not see the need to raise funds from [external] investors so far,” he said, adding that he was ready to consider this option as Venuescape scales.

‘Getting it right from the start’

When asked how Venuescape intends to remain competitive, Rajiv said that setting up a good foundation is the most important thing to do when you start a company on your own.

“I think getting it right from the start is crucial. We don’t want to grow a company in a way that it’s going to compromise the foundation that the company is built on,” he said.

“Finding the right style and right members who are as passionate as we are to help grow the company together is very important,” he added.

The venue-booking space in Malaysia is certainly heating up, with a similar player VMO having recently launched officially as well.

It too is looking to expand into other Malaysian cities, as well as different markets in the region.

The difference is that VMO does not intend to venture into event-planning, with its chief executive officer Vincent Kok saying that this would be a “whole different ballgame,” while Venuescape markets itself as a “one-stop solution for all your event needs.” 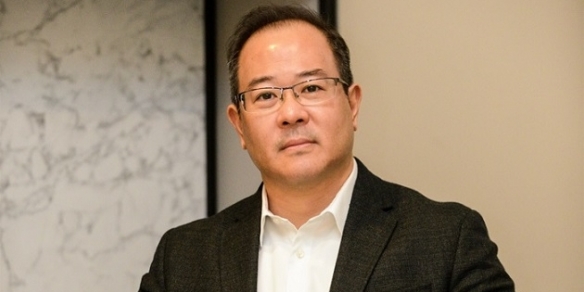