IT'S not every day that journalists get to hear candid admissions from a top executive of a multinational enterprise, let alone from one of its cofounders himself, but at a recent launch event in Potsdam, Germany, SAP AG’s iconic cofounder did exactly that.

Speaking at the launch of the Waldorf, Germany-based software giant’s new Innovation Centre in Potsdam, a small town 35km southwest of its Berlin, Prof Hasso Plattner (pic, above) acknowledged that although SAP has enjoyed many years of success, it must change to stay relevant, especially in the brave new world of enhanced agility and innovation.

In his keynote address at the Centre’s opening, the chairman of the SAP’s supervisory board – a group of executives tasked with steering the company’s executive board – candidly reflected on the company’s better times when it enjoyed market leadership and led its competitors by wide margins.

“As a company gets older, it develops certain habits,” he said. “And when a company enjoys success for too long, the natural thing happens and losing agility is one of those things.”

Founded in 1972 by Plattner and four other engineers who left US tech giant IBM based in Manheim, Germany at the time, SAP specialised in creating a class of business software known as enterprise resource planning (ERP).

And SAP was arguably by far the most dominant force in ERP software for the most part of two decades spanning the mid-1980s until the mid-2000s.

“We had a great 10 years in the 1990s, when we basically took over the enterprise software space in the market in the United States [and around the world],” Plattner said. “We did this by providing our functionality and integration, and with our power to finish ... to make something happen.”

Eye off the ball But as the world began to change thanks to the ubiquity and the affordability of mobile devices; the proliferation of fixed and mobile broadband; the standardisation of web technologies and hardware components; and the advent of more opened and interoperable software; notable software startups began to challenge SAP’s domain expertise.

Led by pioneers like Salesforce.com, NetSuite and Workday, these agile Internet-based software companies that sprung up around the turn of the century began life by setting out to disrupt traditional ERP players by providing faster, better, cheaper and more flexible alternatives.

These nimbler rivals, many of them run by former employees of traditional giants, created software that boasted of ease of use, visually attractive interfaces and uncomplicated deployment. They also capitalised on a nascent software delivery model known as software-as-a-service (SaaS), where their capabilities were delivered over a web browser.

SaaS also eliminates the need for enterprises to run ERP software on expensive, dedicated servers located on their own premises in favour of using commoditised servers, located off-premise and owned by third-party service providers.

SaaS also offers other benefits, such automated software update cycles and more straightforward subscription models as opposed to the more complicated licensing and maintenance plans which larger companies like SAP and Oracle use to charge clients.

According to UK-based The Register, giants like SAP and Oracle have had large contracts disrupted by these smaller, nimbler players. The technology news portal quoted Frank Scavo, president of management and IT consulting firm Strativa, as claiming that one unnamed company with a 2,000-plus-seat SAP account converted to Salesforce.com for its CRM (customer relationship management) system, although SAP had had a strong relationship with the organisation.

The article also noted that Salesforce.com and Netsuite aren’t themselves small players, with the companies recording US$3 billion and US$300 million in revenue in 2012 respectively.

Such deal churns are not lost on Plattner – the veteran remains quite vocal about how SAP has in the past few years lost its competitive edge and hasn't been responsive enough to what its customers want from the company.

Although he does not have executive management control, Plattner is still an influential figure and a force to reckon with today in SAP, due in part to his stature as a cofounder as well as the passion he still has for the 42-year-old company he helped built.

Indeed, he was in his element, having the audience in stitches at his keynote address at the Potsdam launch with his many anecdotes of how far SAP has come and the challenges it faced getting there.

But equally significant was the fact that the 70-year-old executive did not pull any punches when it came to where he thinks SAP has failed.

In reflecting on the company's successes and missed opportunities, Plattner said one of the biggest stumbling blocks has always been its complicated, somewhat impractical and unattractive user connection, or what is commonly known as the user interface (UI).

“For years, we knew we had to do something but we didn’t because we thought it was too much work,” he said. “[This is] the wrong answer. You cannot postpone a change that has to happen for too long as that hurts you more. [When that change happens], you have less energy to fight back.”

Still, Plattner acknowledged that SAP has managed to address some of the UI gaps within the up-and-coming versions of its products, including that of its newest flagship product: The HANA in-memory database platform.

“It is so important for the future of SAP to have the user interface on par with the Googles, eBays, Facebooks and Yahoos of the world,” he said. "As for us, we will continue with all the configuration that SAP has so far, and we give ourselves one year to move from the current UI to newer more visually exciting UIs.”

“This is our promise, and we want to do this as quickly as possible. And we will do this in a non-disruptive fashion as much as possible,” he added.

Edwin Yapp reports from Potsdam, Germany at the invitation of SAP AG

Next: How SAP is re-engineering itself via HANA in-memory database & its engagement with Gen-Ys 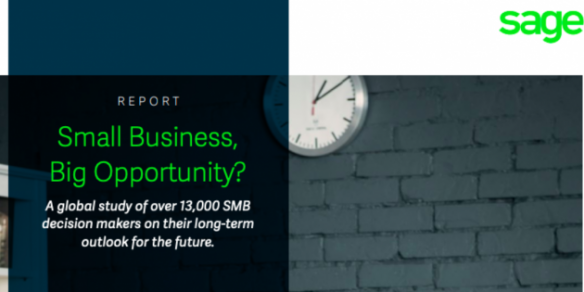