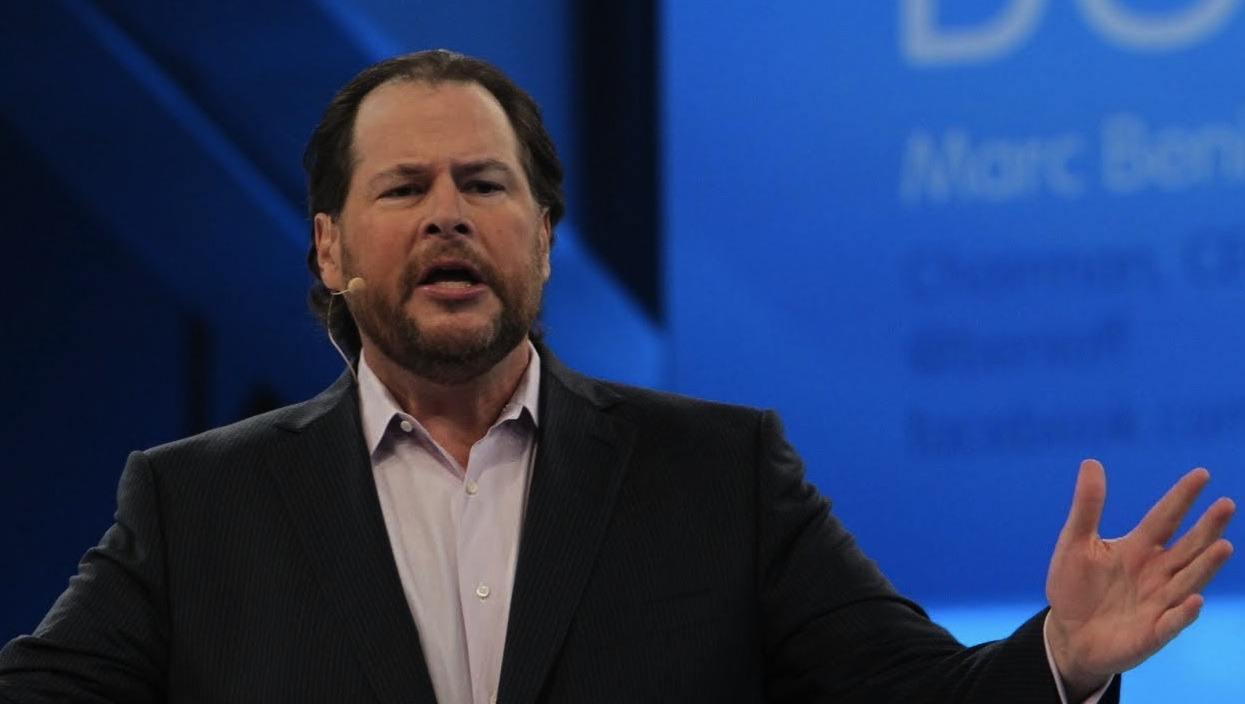 Announced a day ahead of its Dreamforce 14 conference in San Francisco from Oct 13-16, the cloud software player said Wave is its first cloud analytics platform and its sixth Software-as-a-Service (SaaS) cloud offering.

The company said Wave was designed for business users, making it easier than ever for anyone to explore data, uncover new insights, and take action instantly from any device.

“Today, Salesforce.com is disrupting the analytics market, just as we disrupted the customer relationship management (CRM) industry 15 years ago,” its chairman and chief executive officer (CEO) Marc Benioff (pic above) said in a statement.

The four-day Dreamforce conference is being held at the Moscone Centre in downtown San Francisco, and is latest edition of the company’s annual conference for customers, partners, analysts and the media.

The San Francisco, California-based company said Wave is a tool that has been designed by “re-imagining the entire analytics process,” with business users in mind and not just data analysts.

It claimed that Wave is more than a mere visualisation tool or another layer of abstraction that separates business users from the insights they need, saying that it is easy to use and that the data is fed into the platform and does not need to be pre-sorted or organised in some narrowly-defined manner before it can be analysed.

Users also do not have to log complicated and lengthy requests from IT departments to view data, the company added.

Salesforce.com said Wave has been designed to address the increasingly frustrating process business users face in terms of the kind of reports they get, which are not only out-of-date but also presented in a static fashion.

Data is everywhere, which exacerbates the problem of access, especially over the mobile channel, making the data worthless when they are needed most, the company said.

Salesforce.com claimed that Wave will solve these challenges and that users would be able to access huge amounts of data themselves, as easily as how they would with popular consumer travel apps found on many smartphones’ app stores today.

“The Wave Analytics Cloud eliminates the painfully slow, complex and unintuitive legacy approaches that have long separated business users from their data – finally, there is analytics for the rest of us,” Alex Dayon, president of products at Salesforce.com, said in a statement.

Wave also enables social collaboration as dashboards can be shared via Salesforce Chatter or kick off new workflows and tasks based upon the insights, it said.

At Dreamforce 14, more than 30 Wave ecosystem partners were also unveiled, including global system integrators Accenture and Deloitte, as well as big data players such as Digital and Informatica. Customers trialling Wave include Equinix, GE Capital and TriCore Reference Laboratories. The introduction of Wave had been expected for some time. In September, Benioff had apparently let slip a tweet that announced Salesforce.com was about to launch a cloud-based analytics product at Dreamforce 14.

However industry watchers believe that the move was no mere slip-up and had been engineered by the wily Salesforce chief executive by design.

Industry analysts, customers and partners have often argued that the company needed to extend its platform to include big data analytics.

Introducing Wave now is especially timely as the announcement comes on the back of several of its high-profile rivals making available their big data platforms earlier this year.

These include Microsoft with its Azure Learning Machine; IBM with its Watson Analytics Tool; Oracle with its Analytics Cloud; and SAP SE’s HANA platform and its tie-up with Birst Inc.

Several other smaller competitors – Tableau Software Inc, and startups such as Platfora Inc and Interana Inc – are also vying for the cloud analytics pie.

However, despite the long-awaited move into advanced analytics, industry observers do not expect the company to fully build a standalone analytics product.

“The focus for Wave will be on better reporting on Salesforce.com-managed sales, service, and marketing activities,” Henschen said.

And while there is no doubt that Salesforce.com is a force to be reckoned with, many believe these are still early days for the company insofar as the advanced analytics market is concerned.

In its Bits blog on Oct 13, The New York Times noted that Wave is meant to use the data within Salesforce products, but it is also possible to import third-party information from companies like Microsoft, SAP and Informatica, as well as machine-generated data.

“This may not be the most groundbreaking data product, but it seems easy to understand, practical, and useful on a number of devices … . Given the millions of customers using Salesforce, in other words, it is the kind of thing that could attract independent software developers to build products on it,” the Times reported. Boris Evelson (pic), principal analyst with Forrester Research, said much has been made of Salesforce.com being late to the analytics market.

He noted that Wave will move immediately into the short list of every company working on Salesforce.com business intelligence-based initiatives because it provides seamless out-of-the-box integration with its data.

“But will Wave move it to market leader? This is a big step in the right direction, but we recommend a wait-and-see attitude out of the gate,” he said in a research note.

“There are more suitable – and better – options available. [Additionally], its mobile deployment options are limited and it is not yet a development platform.”

Larry Dignan of ZDNet said that as customers get bored with traditional business intelligence and technology, leaders are looking at multiple ways to visualise data, and so the user interface becomes everything.

Noting that in the enterprise market, where business intelligence has been under fire by from everyone ranging from users to startups, the experience of the product can make or break it.

“Multiple startups have been trying to use a mobile-first user experience and flashy graphics to drive analytics adoption, but Salesforce has the scale and penetration across the line of business leaders to make it happen.

“What Salesforce gets with its launch of its analytics cloud is that the user experience will be the only way to get the masses of business users interested in data analysis,” said Dignan.

Concurring with this view was Daniel-Zoe Jimenez, senior programme manager for big data and analytics at IDC, who noted that Wave is not aimed at users like business analysts but is instead “Salesforce’s analytics play for the masses.”

“Although Salesforce’s announcement is significant, Wave is not radically different from some of the products that are already in the market,” he told Digital News Asia on the sidelines of Dreamforce 14.

“What is clear is that this presents a great opportunity for Salesforce to increase its customer share by tapping into the analytics needs of many business users – essentially sales, marketing and customer service people who are Salesforce’s customers.”