THE demand for cloud-based services, which has been traditionally led by the larger enterprises over the past few years in Malaysia, could see a shift towards small- and medium enterprises (SMEs) this year, according to Oracle Corp.

Nik Feizal Haidi Hanafi (pic), country manager of applications for Oracle Malaysia, said it is natural for the large enterprises to adopt cloud-based services as they are generally always the early adopters of IT.

“The maturity, understanding and exposure to the cloud by larger users are much deeper than [that of] SMEs,” he told Digital News Asia (DNA) on the sidelines of a media briefing on Jan 27. “Also, the [cloud] messaging gets to SMEs later because companies like ourselves also target the enterprise market first before moving to SMEs.”

In fact, Nik Feizal argued that many SMEs may not be that aware of the concept of cloud services let alone that Oracle has such offerings. He noted that Oracle is more known for on-premise software such as JD Edwards and PeopleSoft.

Despite this, he acknowledged that SMEs do have the capabilities but are afraid to talk to large players like Oracle because there is a perception that their solutions are expensive.

“[But] with the cloud, SMEs are able to gain access to enterprise-level business functions and applications in a cost-effective way, as they do not need to invest up-front extensively,” he claimed, adding that Oracle is seeing growing interests for cloud services from SMEs in Malaysia.

Globally, the demand for cloud-based services is growing, according to data from IDC. The market research firm noted that worldwide spending on public IT cloud services is expected to rise from US$50 billion in 2013 to US$107 billion by 2017. This represents a compound annual growth rate (CAGR) of 23.5% between 2013 and 2017.

The Redwood City, California-based software giant claims to have more than 10,000 customers worldwide today and more than 25 million users who rely on Oracle Cloud every day.

But the second largest software player in the world by revenue was late into the public cloud game, only introducing cloud services in 2011, compared with its rivals such as Salesforce.com Inc, Amazon.com Inc and Microsoft Corp, which had heavily invested in the cloud years before.

Oracle's late entry into this lucrative space could be due to the fact that as early as 2008, its founder Larry Ellison famously derided the cloud, saying he didn’t understand cloud computing, dismissing it as “complete gibberish.” He also sarcastically suggested then that he was an “idiot” for not having any idea what anyone was talking about at the time.

But the combative chief executive of Oracle, no stranger to controversy, made a complete U-turn several years later, stating that he was now a true believer in cloud computing and that he intended to go all out to capture this market.

When asked how Oracle’s shift towards offering public clouds services would affect its established on-premise channel and sales strategy, Nik Feizal said that he does not expect it to impact existing sales.

In fact, he said that Oracle Malaysia hopes to expand its revenue as it is now working with more system integrators (SIs) in a different manner. The company, he added, will engage in four different channel models with different SIs in Malaysia in the coming year. “There are SIs which will still specialise solely on on-premise implementations, and these players would continue to work with Oracle as usual,” he said.

“There are other SIs which would want to branch into cloud services as an option. And for these, we have a special enablement plan for them to transition from traditional on-premise offerings to selling the cloud, as the two [models] differ.”

Asked how different the two models are, Nik Feizal said the SIs offering public cloud services would not make money on implementations like their on-premise counterparts because public cloud subscriptions would go to Oracle directly.

Instead, these players would charge for services like provisioning, maintenance and jobs that require feature enhancements required by their customers, he added.

The third kind of SIs are those which own data centres, classified as large service providers, and which have their own backbone and network infrastructure, he explained.

Nik Feizal said these kinds of SIs are more popular today because their own customers are demanding cloud services.

“These SIs have their own data centres as they have existing customers, including the government,” he said. “But their current business has matured and they are looking to diversify their business in a bid to increase their revenue through other means.”

“Finally, we also work with boutique-type SIs; for instance, specialised consultancies whose customers may require public cloud services. We will package solutions for these companies for them to offer their customers.” According to Jimmy Cheah (pic), country managing director for Oracle Malaysia, the main focus for the company this year would be to “get closer” to its customers.

“This was our focus last year and we will continue to do so this year,” said Cheah, who was also at the briefing.

He said many of its customers are in a transformational phase of their business and rather than just being a vendor that sells hardware, middleware and/ or applications, Oracle plans to work with them in their journey.

“This is a major drive for us this year,” he said. “Rather than asking ‘what kind of hardware do you want?’ we want to address customers at a more strategic level, as we believe our end-to-end offerings cover a full spectrum of their needs.”

Cheah also said the company will also continue to focus on its three core target verticals: Communications, financial service institutions, and the public sector, noting that other sectors it would look at would be retail, oil and gas, and manufacturing. 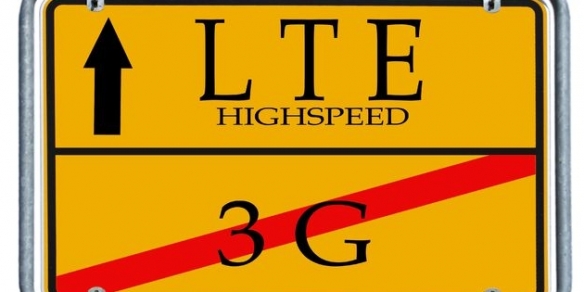