THERE has been a major revamp in the management lineup at Microsoft Malaysia, with managing director Carlos Lacerda (pic) leaving Microsoft Corp itself after just two years at the helm of the local subsidiary, while two new senior executives have also been appointed.

In that note, Cernuda praised Lacerda for having “developed a strong culture of accountability and compliance, with the subsidiary consistently delivering above budget and forecast, growing more than 23%.”

Lacerda was an 18-year company veteran, although he left Microsoft in 2009 before returning to take on the Malaysia role in 2012, replacing Ananth Lazarus who had been appointed partner sales lead for the Asia Pacific region.

The hunt is on for his replacement, with sources telling DNA that the frontrunner for the role is another long-time Microsoft veteran, Haresh Khoobchandani, the Singaporean currently in charge of the company’s operations in Thailand. He was also previously chief operating officer at Microsoft Indonesia. As EPG director, he will be responsible for the company’s private enterprise customers. The 25-year industry veteran had also previously served with Compaq and Siemens, leading their services and solutions businesses.

“I am very excited to begin my new journey at Microsoft in the midst of its current transformation, and with an increased focus on continuous innovation, for the mobile-first and cloud-first era,” Thiyagu said in the statement.

“I am confident that, with the current strategies in place, we can deliver dramatically enhanced value and differentiation to our customers and partners,” he added.

Thiyagu is a graduate in computer science from University Science Malaysia in Penang.

He brings with him more than 26 years of experience in the IT industry, having previously held a similar role at SAP Malaysia and Brunei for three years, leading the public sector, healthcare and education team, where he helped grow the business substantially, Microsoft Malaysia said. “Not only do I have the chance to continue with the same passion and commitment to deliver Microsoft’s plans and objectives, the role also gives me the opportunity to help shape the nation, while helping the Government improve and deliver better services to all,” he added.

“We are pleased to welcome two very experienced local industry veterans as part of our leadership team at Microsoft Malaysia,” Cernuda said in the official statement by Microsoft.

“Thiyagu and Nik Ariff are important additions who will play an integral role in Microsoft’s ongoing people investments as it transforms to be the productivity and platform company for the mobile-first and cloud-first era,” he added. 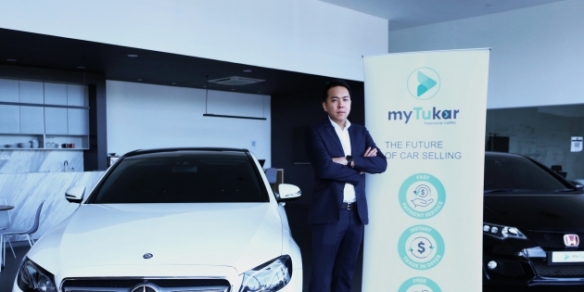