HITACHI Data Systems Corporation (HDS) has made what it said was a significant move towards addressing the needs of a data-driven business environment with the unveiling of new technologies and products. 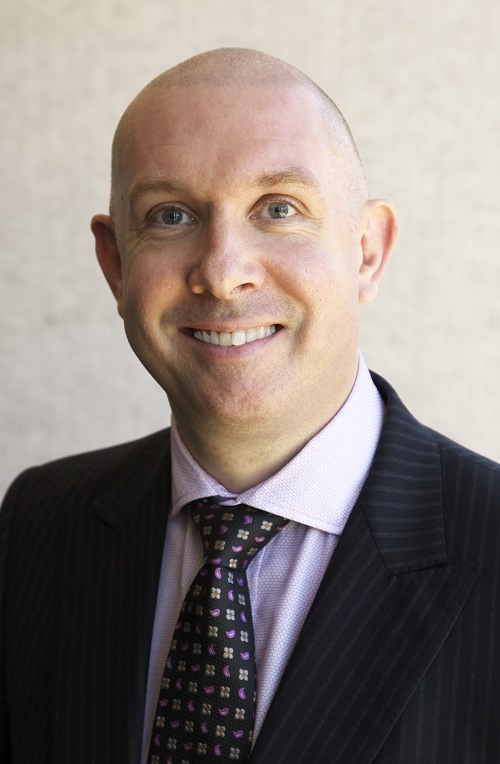 Calling it a “significant announcement," Neville Vincent (pic), HDS' Asia Pacific senior vice president and general manager, said that with the shift in mind-sets towards the role of technology, it’s an “exciting time” for the industry.

“Companies are being challenged to perform better post-global financial crisis. Previously, information technology was seen as a business enabler and to help reduce cost.

“Now, I believe we’re in an innovation cycle globally, where corporations are asking ‘How can we as an organisation innovate to differentiate ourselves?’” he told a recent media briefing in Kuala Lumpur.

Vincent said the company is looking to be a leader in “socially innovative solutions," providing countries and governments with the capabilities that would ultimately provide social benefits.

He added that as a US$100-billion dollar corporation, HDS' parent company Hitachi Ltd already operates across markets and industry segments, manufacturing the operational technology that powers much of the world, from nuclear power plants and railway systems to construction machinery and smart cars.

To illustrate, Vincent pointed to the area of healthcare, which he described as a “key area” for innovative solutions.

“The next wave of social benefit will be about healthcare; there’ll be sensors on our bodies and clothing helping to improve our lives in ways we never thought about before.

“We are looking to participate in all of these markets and the key to such innovation, at the core of such services is the data – and if anyone knows how to work with data, it’s Hitachi Data Systems,” he said.

Meanwhile, HDS chief technology officer Hu Yoshida pointed to an IDC report that said that the average household creates enough data to fill 65 iPhones (32GB) per year. In 2020, this will grow to 318 iPhones.

“That’s a tremendous amount of data, more than ever seen before and it will take new types of software and infrastructure to provide and manage that, and make useful information out of all that.

“Businesses are adapting, with more decisions about investments being done by the business side of an organisation. They are more knowledgeable about technology and not waiting for IT to give them what they need, becoming more proactive in the investments they want to make to better enable objectives – which is good but there’s some danger in this,” he said.

Yoshida said that when the business bypasses IT in making investment or procurement decisions, it creates problems. To illustrate his point, he pointed to the medical industry and its use of the picture archiving and communication system (PACS), a medical imaging technology that provides economical storage of, and convenient access to, images from multiple source machines.

“Fujitsu makes a PACS machine and it goes directly to the business, maybe to the oncology department, to sell the machine. GE (General Electric) also makes a PACS system and it ends up selling it to radiology while Siemens also makes one and it sells sell it to yet another department.

“The problem is that these systems don’t talk to each other, patients who need care from multiple departments can’t get it because the information is in silos. “That’s why today, we’re working on something called vendor-neutral archives which would enable that extraction of information; and we can then go back to IT and say ‘this how we can help level those silos, so patients can get the help they need’,” he said.

Yoshida (pic) said that while the business-side of things is important, so is IT and there is a need to strike a balance to ensure the best outcomes.

In recognition of the changing landscape of business needs, Vincent said that many organisations are not looking to 'capitally procure' equipment themselves and are now looking for partner organisations to deliver services under a pay-as-you-use model.

Yoshida said that Hitachi has the financial capital to undertake and deliver such services, and with a quicker time to provision.

"We’ve started to take on some of the capital risk for some projects, despite it being the traditional domain of government or other agencies,” he said.

One such project is the Intercity Express System in the United Kingdom, Hitachi was one of the successful bidders awarded a portion of the undertaking. Yoshida said that trains are a “capital-intensive business with a lot of rolling stock," with maintenance and scheduling key to profitability.

“Hitachi will be providing ‘Train as a Service,' converting the capital cost of trains into an operational expense. We take on a tremendous amount of capital risk but are confident that we can manage this risk with big data analytics.

"Sensors are built into the trains to provide real time monitoring, analysis, control and maintenance," he added.

In a blog post detailing the initiative, Yoshida shared that big data analysis will be done in real time at the end points, and the downstream data will be stored and analysed in converged Unified Compute Platforms provided by HDS, noting that this is a project with a commitment of 27 years.

In 2013, HDS commissioned a study by The Economist Intelligence Unit called The hype and the hope: The road to big data adoption in Asia-Pacific.

The report found that while organisations in Asia Pacific lagged the rest of the world in big data adoption, around 70% of those surveyed believed data would improve productivity, innovation, and profitability in their companies. Moreover, nearly half suggested big data would boost profits by 25% or more.

According to Vincent, the report revealed how organisations are not ready to take on big data capabilities or solutions, hampered by silos both technical and structural in nature.

In the report, 91% of companies cited internal issues as barriers to big data adoption while 81% of employees said that critical data resources are not available to them.

“There are also insufficient skillsets and expertise internally to get the benefit out of the data they have. For many, how to best enhance social media assets is still a journey. In addition, another key challenge is how business and IT can get better aligned in order to better support and enable business objectives,” he said.

It is these challenges that HDS’ new portfolio of solutions is intended to address, leveraging on some changes within HDS itself as part of its 'Social Innovation' initiative.

“We’re still Hitachi Data Systems, but now as a single integrated entity with our platform business. All research and development is under our direct control and it makes us 10,000 people strong, with US$6 billion in revenue – we’re positioned to become a driving force,” Vincent declared.

Up Next: Architecting solutions to last for 'business-defined IT'