Speaking to the media on June 12, Ong Boon Kheng (pic), managing director of Electcoms, said the company is now able to provide its customers with digital two-way trunk radio capabilities via Motorola’s MotoTrbo network that spans the entire west belt of Malaysia.

The system is powered by 25 MotoTrbo digitally-enabled base stations and the investment cost was RM25 million (US$8.5 million), he said.

“This new digital network will overlay the existing analogue infrastructure and will complement and add value to the services we already offer to our customers,” he said in his keynote address at the media briefing.

Ong said Electcoms’ MotoTrbo digital network stretches from Bukit Kayu Hitam in the northern state of Perlis all the way down to Johor Baru in the southern state of Johor. In the east, digital coverage is available in and around the Kuantan area.

He said that Electcoms will commit to enhancing the coverage to include other areas in the east coast of Malaysia, and Sabah and Sarawak by December 2015.

Ong also said that the decision by Electcoms to implement MotoTrbo is a timely one and is aligned to the efforts by industry regulator the Malaysian Communications and Multimedia Commission’s directive to migrate all public trunk operators from the 800MHz band, used currently by analogue systems, in the 410MHz to 430MHz band reserved for digital trunk radio.

Asked what kind of expectations Electcoms has in terms of the number of customers switching from analogue to digital, Ong declined to be specific, noting only that it depends on whether or not customers would want to fork out extra money to upgrade.

“We need customers to [set aside] the budget to convert [from analogue to digital],” he candidly admitted. “Most of them have invested on their analogue systems and would prefer not to spend until the 2015 MCMC-mandated deadline.

Still, he was confident that the digital network would have enough value for them to switch over when the time comes.

“Electcoms is happy with this new era of telecommunication and we intend to remain the leader and serve our customers well,” Ong said. “Electcoms plans to triple the base station site count and investment by end-2015 to complement our analogue network – a RM300 million (US$102 million) investment we have made over the last 20 years in Malaysia.”

Asked what his revenue projections were for the year, Ong was coy, noting only that, “We [Electcoms] have sufficient revenue to move on.”

According to Daren Ng, business development director for Motorola Solutions Asia Pacific, MotoTrbo has clear advantages over current analogue systems. These include clearer audio, access to integrated data applications, enhanced radio coverage – all of which enable service providers such as Electcoms to serve their customers better. 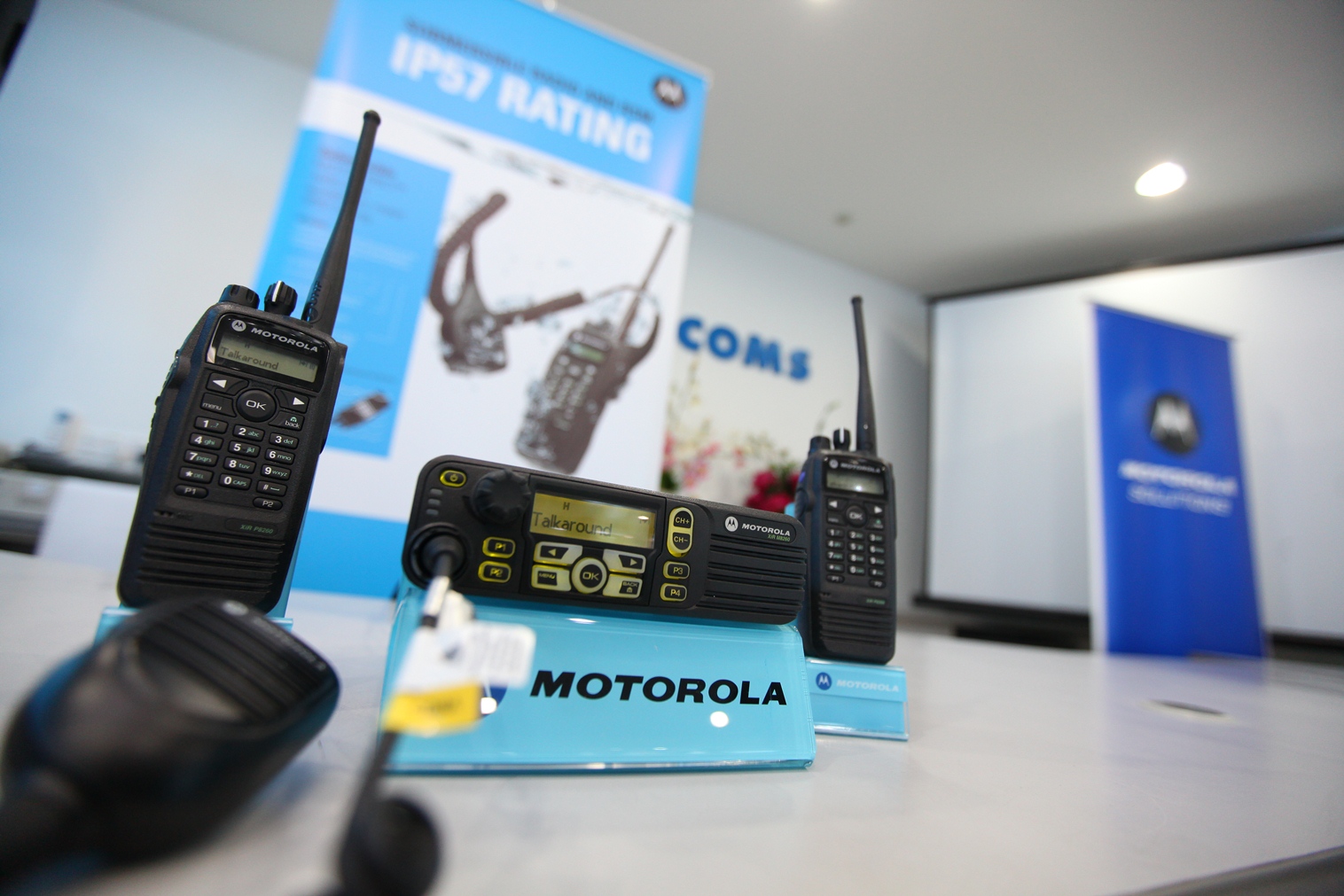 He said he believes that with the new MotoTrbo in place, Electcoms would be able to better reach out not only to traditional two-way radio users such as those in the transportation, logistics, and safety and security businesses, but also to the retail, hospitality, energy and utilities, healthcare and even education sectors.

“Radio communications devices today are productivity and efficiency enablers that go well beyond secure voice communications to data solutions… and we are pleased to be working with Electcoms,” Ng said.

Aquila Yeong, application and solution manager for Electcoms, said that with the digital network in place, new features such as fleet control – the ability to track exactly where a package is and display it via a browser – will be a selling point for customers.