IF Nick Earle were a betting man, he would know which horse to back in the on-going cloud war currently being fought between Google and Amazon Web Services (AWS), with Microsoft and IBM wading into the mix.

The senior vice president of Global Cloud and Managed Services at Cisco noted that if one were to look at the top 50 companies in the cloud market like an accountant would, one would look at two things: Capital ratio and free cash flow.

“Why am I talking about that instead of the technology? Because like Satya [Nadella] has demonstrated with his US$4.5-billion investment, you have to ‘go big or go home’,” he said, referring to the Microsoft chief executive officer’s recent announcement that the company was investing US$4.5 billion in capital expenditures annually to build up its cloud portfolio.

Earle said that the cloud market was a capital-intensive game and thus one needed to look at who has got the strongest balance sheet and free cash flow, which aids in developing new products, financing acquisitions, paying out dividends, and reducing debt.

“If you sort them based on that to determine who is in the strongest position to win a war – and it is a war – and which is going to be the last one standing.

“By far and away, the stronger balance sheet is with Google; then you have Microsoft, then IBM which is selling assets to fund its software business; AWS is fourth ... then it tails off really rapidly,” he said.

Earle also pointed out Amazon is stretching itself across several companies with widening losses and that it was “very clear” that Google, cross-funded through advertising revenue, has decided to “increase the pressure.”

It comes as no surprise that AWS has recently reasserted its determination to hold on to its leadership position in cloud.

In another interview with Digital News Asia (DNA), AWS head for Asean Rick Harshman said: “We are not foolish enough to think that others won’t get involved, but we believe customers will still work with us based on what we have to offer.”

And at the company’s re:Invent 2014 conference held in Las Vegas that concluded on Nov 14, the company announced a slew of services aimed at strengthening its value proposition with enterprises.

Cisco's Earle was speaking to DNA on the sidelines of the Cloud Expo Asia event, which took place at the Suntec Convention Centre in Singapore from Oct 28-29.

While cloud services providers are busy duking it out for dominance with end-users, Cisco is clear on its own role in the growing cloud ecosystem – and it’s one that isn’t too far off from the one it has played since inception – which is to help connect things.

In March, Cisco announced plans to build the world’s largest global Intercloud – a network of clouds – together with some partners. The Cisco Intercloud is being architected for the Internet of Everything, with a distributed network and security architecture designed for high-value application workloads, real-time analytics, ‘near infinite’ scalability and full compliance with local data sovereignty laws.

The company expects to invest over US$1 billion to build its expanded cloud business over the next two years.

It is forging ahead via a partner-centric business model, which is intended to enable partner capabilities and investments, and is expected to generate a rapid acceleration of additional investment to drive the global scale and breadth of services that Cisco plans to deliver to its customers. 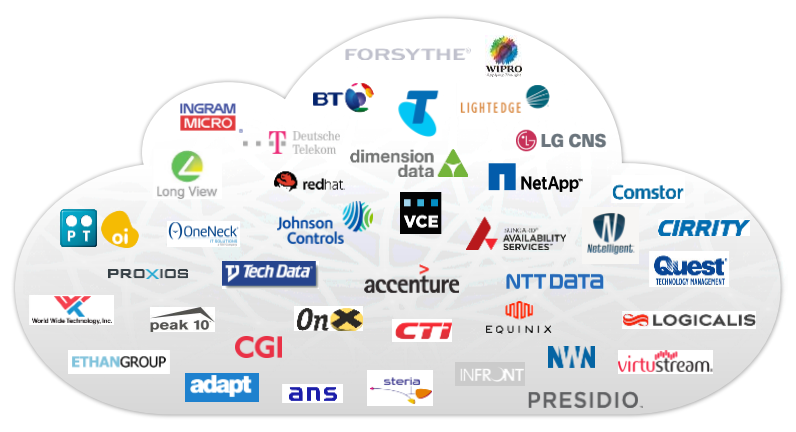 In September, the company made a slew of announcements signalling the progress being made in building the Intercloud ecosystem.

More than 30 additional companies, including Deutsche Telekom, BT, NTT Data, and Equinix, added their support to the Intercloud – expanding the reach by another 250 data centres in 50 countries.

Cisco announced that it will begin offering a hybrid cloud service and that Cisco Intercloud Fabric, touted to be a highly secure, open, and flexible hypervisor-agnostic cloud interconnect technology, is now shipping to customers.

The company has also pledged another US$1 billion via Cisco Capital to financially help customers and partners get the necessary Cisco technologies they need to participate in the Intercloud – particularly the company’s Application Centric Infrastructure (ACI) – and to help them migrate their infrastructure.

ESP is a comprehensive virtualisation and orchestration software platform that creates, automates and provisions services in real time across compute, storage and network functions.

The solutions are designed to help cloud providers address the fast-growing global managed services market, which accoridng to Frost & Sullivan is expected to grow to US$62 billion by 2019.

“The strategy is gaining momentum in the open source community and providing partners with a powerful cloud platform with global reach, and Internet scale and efficiencies,” he claimed.

Momentum may be growing, but many industry watchers believe the company may just be too late into the game, and unsure of just how many will want to play along.

In an interview with Bloomberg Businessweek, independent IT industry analyst R. Scott Raynovich said that nobody sees Cisco as an innovator in cloud technology.

“So why would cloud providers invite them in to take a piece of the business they’ve built? I don’t really see how Cisco is going to get this done,” he added.

Cisco's Earle said the company is pushing forward while banking on Metcalfe's law, to amplify and garner the benefits of reach and the creation of an ecosystem.

“Ecosystems, not always but in general, ecosystems always win,” he said, pointing to the early days of Oracle and SAP, with the former seeking centralised control and the latter building out its ecosystem of partners.