SERVER revenues in the Asia Pacific excluding Japan (APEJ) region grew a modest 1.3% to total US$9,985 million in 2013, coming in just short of the magical US$10 billion mark, according to IDC.

The modest growth in 2013 was in sharp contrast to the heady 17% growth recorded in 2010 and 2011, fuelled by massive infrastructure buildout by Web 2.0 and cloud service providers in China, the analyst firm said in a statement.

Despite the sharp deceleration in growth in 2013 compared with previous years, the server market in APEJ continued to outperform other regional markets on a worldwide basis.

“Global economic malaise, lack of aggressive economic reforms in emerging economies, and political turmoil coupled with upcoming federal elections in certain countries were some of the non-technology factors that stymied server spending growth in 2013,” he added.

China, which has increasingly become the bellwether and cornerstone of the APEJ server market since 2008, grew at a much more anaemic pace in 2013.

Web 2.0 and public cloud services providers such as Tencent, Baidu and Alibaba – which were building hyper-scale data centres and thus responsible for driving the heady demand for servers in for the past several years – took a breather in 2013, impacting spending growth.

“Server spending plunged more than 21% in Australia and New Zealand in 2013 because customers were aggressively adopting cloud and cloud technologies to help build a much more agile and flexible IT infrastructure that is much more responsive, adaptive and predictive to the dynamic needs of the business," said Rajnish.

The biggest gains have been made by the Chinese vendors Inspur and Huawei, on the back of blistering growth in their home market.

Inspur surged past Oracle to take the No 4 spot in revenue market share rankings in 2013, while Huawei's astounding growth underpinned its entry into the list of top five vendor rankings in APEJ.

“Taiwanese ODMs (Original Direct Manufacturers) accounted for a little more than 2% share of the total server market in revenue terms in 2013, despite the significant hype around the emergence and growing impact of these suppliers on the traditional server vendors,” said Amit Dalal, research manager of IDC's Asia/Pacific Enterprise Server Research.

“IDC's research shows that the ODMs are primarily catering to the unique demand and needs of the cloud service providers building hyperscale data centres, rather than make a big dent into the traditional enterprise customers segment,” he added.

IDC Tracker products provide accurate and timely market size, vendor share, and forecasts for hundreds of technology markets from more than 100 countries around the globe. Using proprietary tools and research processes, IDC's Trackers are updated on a semiannual, quarterly, and monthly basis.

Selling servers to SMBs is a ‘dying business,’ says Parallels 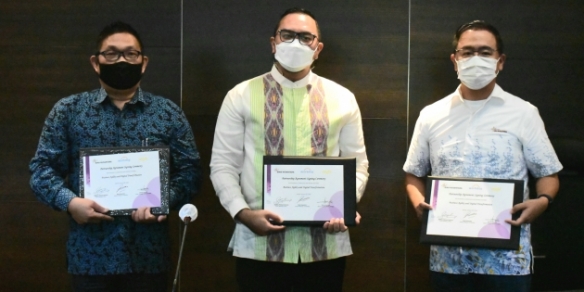