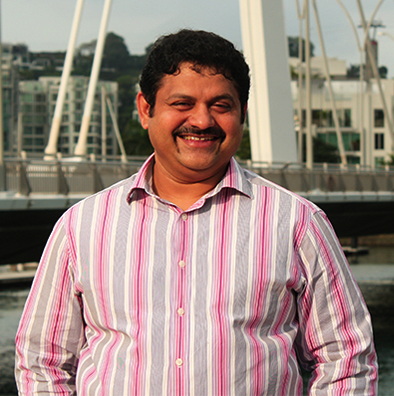 ASK Anaplan’s managing director of Asia Pacific, Samir Neji (pic) about cloud solutions and he’ll reply with a question of his own: “What’s a true cloud solution?”

“Solutions that have been pushed to market by traditional vendors are not true cloud solutions, not built for the cloud environment. And the scalability of those systems are still questionable,” he said, pointing SAP HANA as one example.

“They don’t have a platform to use for progressing to the cloud environment,” he added, during a phone interview with Digital News Asia (DNA).

In Samir’s view, born of 17 years of working around enterprise applications, true disruption comes when one builds for the cloud and mobility, enabling customers to take it live in less than three weeks in contrast to the traditional eight to 10 months timeframe.

And it is new entrants such as Workday and Salesforce that have created disruptions in their respective fields as businesses demand more agile platforms.

It is this disruption that Anaplan, a cloud-based business modelling and planning platform for sales, operations and finance, hopes to spark in it’s own field.

“Technology change is real, with the move to the nexus of cloud, social and mobile taking over traditional platforms and the gaps left behind by tradition tech facilitating a huge intake of new software solutions,” he added.

Samir shared that the company has grown between 200-300% every year, despite being the “new guy on the block”. For 2013, the company reported that it had quadrupled its global customer base and its revenue, year over year.

Samir claims Anaplan has passed the growth records of any organisation within their space thanks to it’s catering to the modelling requirements of enterprises, a core area where there is a huge gap.

It already has blue chip brands in its portfolio, boasting names such as HP, Nokia, AirAsia, P&G, Razer and McAfee.

In March, the company signed an agreement with Salesforce that gives Anaplan access to the cloud computing pioneer’s sales and marketing power.

Salesforce is also an investor in the company, having taken part in Anaplan’s most recent fundraising round. Anaplan will become part of a Salesforce partner program called ISVForce, and Salesforce agents will be compensated for providing sales opportunities to Anaplan.

That same month, the company also released it’s most significant new platform update to date, touted to bring consumer-grade navigation to enterprise planning and puts more control into the hands of end users.

Next page: The growth agenda