THE first mover advantage is vital for many companies – as the saying goes, the early bird gets the worm. But in the case of XtremIO, being a latecomer had its advantages.

Within the first six months of the launch of its all-flash array, the company wholly-owned by storage giant EMC surpassed US$100 million in demand, making it one of the fastest growing all-flash array companies today.

The US$100 million is inclusive of product and maintenance bookings and orders, since the product went to market only on Nov 14, 2013.

“We were a little late to the market, so we did not know how much of a disadvantage that would be,” said EMC XtremIO senior director of product marketing, Andy Fenselau.

“Of course, we were a startup acquired by EMC and we weren't sure how the EMC sales force and partners would take us. So it is a wonderful surprise to see market adoption moving so quickly.

“Honestly, I think a lot of the success was because we were late to the market. Sometimes, being late is a good thing.

“Many startups had really been pushing flash stories that were all about application performance, but not about data service and consistent performance.

“As a result, many customers were actually frustrated. So our timing was good in the sense that we, as a group, were able to address [this] frustration," Fenselau told a group of journalists in Seoul recently.

EMC acquired XtremIO in May 2012 in a deal reportedly worth US$430 million in cash. After the acquisition, EMC and XtremIO worked on strengthening the latter’s all-flash array, to improve reliability and performance. The entire process took over a year.

Fenselau said it was important that the company didn’t do a ‘rush job’ on the product. “You got to have bulletproof reliability.

“EMC put the product and technology through a much tougher round of testing and hardening than any other all-flash arrays have had to go through,” he claimed. “We also needed to take the time to do the architecture right.” At a media briefing prior to the interview session with Fenselau, EMC enterprise and midrange system division president Brian Gallagher quipped that if all EMC customers used only SSD (solid state disk) or all-flash arrays, “I think we would be a US$5-trillion company.”

Despite the growth registered by XtremIO as well as other all-flash array companies, the fact remains that SSD or all-flash arrays are still a small part of the overall enterprise storage industry.

“I wished I can say: ‘No matter what the question is, the answer is XtremIO.’ We believe in putting the right product for the right solution; we are not trying to add on to the hype,” he said.

“VDI is one great example. The problem with VDI has been the desktop image storage, which has been the bottleneck.

“That’s been the problem in getting scalability, and the user experience has been so terrible – because of this, that’s where you should put in flash,” he said, adding that customers do not need to put user data storage on all-flash arrays.

Fenselau also said that some customers may start with one workload in mind, but end up putting other workloads on all-flash arrays too.

“For example, they start with VDI, realise it [all-flash array] is great and that they are not using its full capacity. They then put some databases and analytics or virtual server workloads on it.

“So they start the consolidation experience in a natural way,” he said.

The industries that are taking up XtremIO’s all-flash arrays are typically the finance, manufacturing, retail, healthcare, research, education and government sectors.

However, Fenselau said what caught him by surprise was its penetration into the ‘international market’ – countries outside the United States and Western Europe.

“In just the first six months, more than half of total demand has been from the international market, including the Middle East and Africa,” he said. Although surprised by that US$100 million worth of demand in the first six months, Fenselau strongly believes that this achievement would not be a ‘one hit wonder,’ and expects the growth momentum to continue.

“I think the momentum is sustainable as we have the right product with the right architecture. It is also simple to use. There is a very strong market pull. We are not pushing the product; it is the market pulling it.

“I have been in this industry for many years, and I had only one other experience in my career that felt like this, and that was the early, early days of Linux,” he said, referring to the operating system that began the whole Open Source movement.

Fenselau argued that part of the reason why the company’s all-flash arrays are better is that XtremIO did not take any “shortcuts” when developing the solution.

He said that a common issue faced by users of first-generation all-flash arrays was architectural problems like system level garbage collection, and how they placed RAID (redundant array of independent disks) on flash arrays.

“Computers can do disk defragmentation. When the system is defragmenting the disk, all the CPU (central processing unit) power is used for the defrag.

“It is the same kind of thing that happened with [first-generation] all-flash arrays – all the … resources were getting sucked up.

“When that happens, and you have no control over when that happens, latency can be worse,” Fenselau said, to explain how system level garbage collection was a problem for first-generation flash array users.

“As for RAID … we see companies taking traditional RAID and putting it on a flash array. As a result, it actually hurts the performance of the flash arrays,” he added.

One reason why it took XtremIO more than a year to roll out its flash arrays was that it had to develop data protection from scratch.

“We have this XtremIO data protection called XDP. We wrote that from scratch, from nothing, to be this very unique flash-specific protection,” said Fenselau. 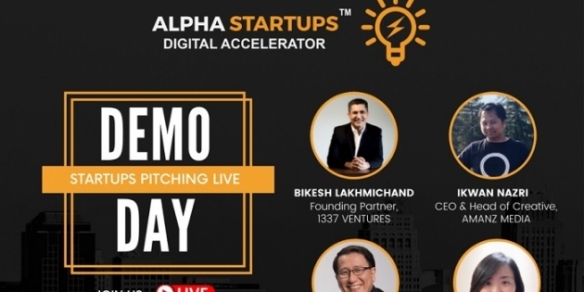