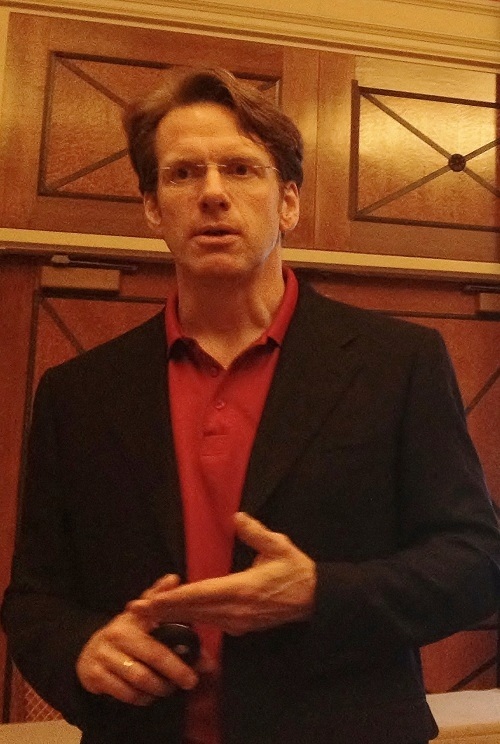 THERE’S plenty of room in the burgeoning small and medium-sized business (SMB) cloud market for smaller players despite the entry of big name players into the space.

This was the observation made by Parallels chief executive officer Birger Steen (pic) during the opening day of the Parallels Summit 2013 at Caesar’s Palace, Las Vegas.

“Our observation is that the classic ‘hoster’ industry, despite warnings about its imminent death, is still going strong despite the entry of large-scale players such as Amazon, Google and Microsoft.

“You’d think it’s going to be game over because these guys have so much money and resources, but we categorically disagree. The reason for there being an ecosystem in place is because SMBs are so diverse, with different sizes and unique needs, allowing for a rich and diverse set of players to satisfy the 150 million SMBs around the world,” he said.

“The big guys are not going to eat 100% of everybody’s lunch and there are opportunities for everyone out there. If anything, the umbrella of marketing communications the larger players are putting out is helping all boats rise,” he added.

Steen stressed that there is really no end to the opportunity to upsell and increase average revenue per user (ARPU) with the growing appetite for cloud services demonstrated by the global SMB market.

He said that Parallels is seeing many of the biggest operators in the world trying out cloud offerings, and this year are moving in force to commit to the space, with investments of US$100 million and up.

“And what you then see are global system integrators such as Cisco and IBM taking an interest in the industry. This is frankly a thrill – [we’ve] been preaching the gospel of the SMB cloud for the last 13 years and [are now] seeing a lot of people coming into the industry and making it happen,” he added.

Once people think it through, the history very much bears it out. There’s a reason there is not one big SMB solution. Even looking at ERP segment, it’s a fragmented space, because local and vertical requirements change.

It’s going to continue to provide opportunities for a lot of dedicated providers, Seen said. According to Parallels’ latest SMB Cloud Insights research report, the global cloud services market grew to US$45 billion with the entry of 6 million new SMBs into the market in 2012 (click chart to enlarge).

The report also said that SMBs continue to be the fastest growing market for cloud services, and projected a compounded annual growth of 28% and a market that will reach US$95 billion by 2015.

In 2009, every SMB in the cloud was only using one cloud service. In 2012, grew to four services and is projected to hit seven by 2015. In addition, 90% of SMBs said they would buy bundled cloud services if given the option.

The almost limitless possibilities for web-hosting companies to move up the value chain and meet the diverse needs of the SMBs within their region was stressed over and over during the course of the summit.

One area of immense potential was the delivery of web-based applications customized and fitted to an individual business’ needs, bundled with other traditional cloud services such as hosting and storage.

Parallels currently boasts over 400 applications in its catalogue and more than 9,000 partners using them.

In a one-on-one interview with Digital News Asia (DNA), Steen noted that providers in Asia have the unique advantage of leapfrogging technology with fewer legacy business and infrastructure issues compared with more mature markets.

“Asian operators in particular are seen as innovative business partners,” he added.

Steen said that in the Asia Pacific region, providers could afford to use a trial-and-error approach to rolling out and testing new service bundles. As the initial cost of web applications is low, businesses are able to maintain their conservative approach and swap out different packages on a tested platform as and when it suits them.

Key trends for Asia Pacific, according to Steen, are rising end-customer demand, new business creation, along with SMBs of all industries wanting to use mobility and cloud services to grow.

With security a top concern, he noted that most SMBs can significantly increase their security by switching off-premise, into the cloud.

“[The] reality is that many on-premise solutions are very exposed to security risks, not just hacking attacks but physical risks as well.  These are hard lessons learnt from events such as the Japanese tsunami, where you’ve subsequently seen strong growth in off-premise IT,” he said. 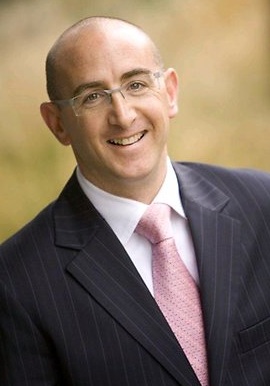 Last September, Parallels had over 600 partners in its Asia Pacific network and is looking to further expand its footprint.

David Dzienciol (pic), its regional vice-president and general manager of sales in Asia Pacific (APAC), noted that one thing that’s unique about the Asian market is the cross-region opportunities.

“It’s not uncommon to be talking to partners who are servicing four to five countries in the region. This technology doesn’t limit them from building services and opening up new markets for their business,” he said.

When asked about potential obstacles faced by the team with the introduction of the company’s enhanced offerings to the region, Eugenio Ferrante, head of Marketing & Marketing Operations APAC at Parallels, noted that more insight will be forthcoming after the end of some trials the company is currently running with partners in Australia, India, Japan, Singapore and Vietnam.

“At this point the main thing is about messaging. What these new products mean to service providers and how they have been built with them in mind.

“Take for example the cloud storage solution we’ve launched, that’s aimed directly at providers, as opposed to other offerings which are more geared to enterprises or linked to specific hardware brands,” he said.

Dzienciol added that one challenge in Asia is its status as a highly-price sensitive region.

“We believe that if clients look at what we have, price doesn’t become the main obstacle for Parallels. It’s a question of understanding how to determine the true cost of delivering to the cloud.

“It’s about telling that compelling story and helping partners understand how to maximize and leverage our solutions,” he said.

Education remains the main focus for Parallels moving forwards, with both Dzienciol and Ferrante admitting that the company has not been rising to the occasion in that regard.

“It’s a challenge for both our staff and partners. Even for us internally, how do we get our own staff to be knowledgeable about the latest version?” said Dzienciol. “We rely on traditional methods through our partner programs and portals, but what we’ll be doing more of this year is spend a bit more time doing more targeted seminars and webcasts.

“One thing that we’ve recognized is that we’ve got to be more targeted in our messaging and being more methodical about it instead of going with the mass approach. It’s a technical discussion that then translates to a business discussion – so you’ll see more of that from us this year,” he added.

Ferrante (pic) is tasked with driving many of these initiatives and points to the Parallels Cloud Accelerations Services, which provides a suite of professional services designed to define, build, launch and grow a service provider’s cloud business as an example.

“This goes back to what Parallels is – we’re not a traditional software vendor. We operate on three pillars: Software, expertise and the ecosystem.

“Which makes what we have to offer such a strong proposition,” he claimed.

Gabey Goh reports from the Parallels Summit 2013 taking place in Las Vegas, Nevada from Feb 4 to 7, at the company’s invitation.

More from the Parallels Summit 2013: