IN today’s economy, companies are struggling to keep up and prepare for fast-changing trends that have an impact on revenue and business functions. Reaching today’s hyperconnected customers may require skills and expertise that traditional enterprises lack.

In a recent report, 53% of senior business leaders around the world said they believed that companies will have to be part of a network to ride the technology trends of the future. The lone wolf mentality is also giving way, with 44% saying that companies going it alone will be a thing of the past.

The Strategic Partnerships for the Digital Age report, prepared by the Economist Intelligence Unit (EIU) and commissioned by Telstra, surveyed over 1,000 senior business leaders from 20 industries, with 51% of them being C-level executives or board members, and 48% hailing from Asia Pacific.

‘Digital partnerships’ refer to formal alliances or loose networks between companies. These digital partnerships are about specialisation and are complementary, according to Henrich Greve, professor of entrepreneurship at the INSEAD business school.

Greve was also interviewed as an expert as part of the EIU report.

“Digital partnerships … some of them had to do with specialised knowledge or capabilities on creating something digital, others with brokering things or putting them together,” he told Digital News Asia (DNA) in Singapore.

“There is a drive towards making hubs, with a lot of digital companies coming in to do that, slicing up those parts more thinly and expertly,” he added.

Greve said that these specialised companies were now coming to the fore, citing as an example Stripe, which specialises in application programming interfaces (APIs) for payments.

“These companies are making things more and more efficient, with developments on the digital side making a lot of thing easier to do,” he said.

“Now companies only need a couple of months to scale up and be fully operational, which is unimaginable just a few years ago.

“We are talking about thin slices that make things work together,” he added.

The issue with Asian startups Asia might be experiencing a startup boom, but there have been criticisms that most of the startups here are lacking in originality, essentially copying those in the West.

“There is some moderation going on as founders need experience to create important digital companies,” said Greve (pic).

“Part of it is lies in understanding that digital companies are much better if they are set up from the beginning to go into partnerships,” he added.

Younger founders tend to put together a whole package, which is not cost-effective, according to Greve. “You do a slice and you partner with the other pieces,” he suggested.

The digital ‘all-in-ones’ will start to butt against things that would have been done more cheaply and powerfully through a partner, Greve argued.

“People who have started these companies will start to slice these things more in the next round,” he ventured.

For example, Greve pointed to property platform PropertyGuru as a “classical digital brokerage.”

“If you assemble a lot of things and put it into one platform, it becomes really attractive.

“The nice thing about PropertyGuru is that it started thinking of what it did as a slice, and then thought of what it should add – and if it couldn’t add it itself, it could add it through partnerships,” he added.

Setting up digital partnerships for everything made PropertyGuru a richer portal, according to Greve.

“I can imagine a lot of firms start out being an all-in-one, then realise that the all-in-one they created was too small and that they needed to be more in order to do everything they can do,” he said.

Building an all-in-one was the standard practice with yesterday’s enterprises – they built products or services that encompassed the entire spectrum.

But enterprises today are finding that doing everything is not a viable strategy for the future.

“It’s tough to unbundle yourself, but I would pick IBM as being pretty good at it,” Greve said.

“It has so much less than what it used to have, and has been keeping the portions that are valuable and dropping off the rest,” he added.

IBM used to be the world leader in hard disk technology, but stopped caring about it when it became a commodity, Greve argued.

“IBM could have stayed on top, but it would have been too expensive – and it is not in the business of giving up money,” he said.

Knowing what you don’t know 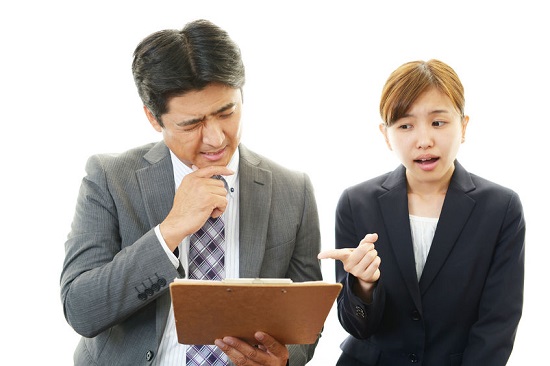 The extent of this realisation differs from company to company, and is one of the toughest things they have to face, according to Greve.

“To decide that there are these five-year-old companies that are better at things than you are, that’s a tough decision to make,” he said.

To get the most out of digital partnerships, organisations “must know what they do not know and who can help with it.”

“Who knows what I don’t – it’s all about complementarities.

“Once you have the complementarities, you will end up with a list of companies,” he said, adding that the companies on that list will not all be equally attractive – some will be more compatible with you than others.

The rapid rise of the chief digital officer