LAST year was a turbulent one for Indonesia’s flag carrier PT Garuda Indonesia Tbk, but the airline managed to weather the storm.

Despite the country’s slowing economy, and ‘force majeure’ that caused flight cancellations such as fire in Soekarno Hatta International Airport, volcanic eruptions and the infamous haze, it managed to book a 0.5% increase in revenue for the first nine months of the year.

The airline had implemented a ‘Quick Wins’ strategy in 2015, which included optimising its flight network, simplifying its fleet, and restructuring its flights.

This helped it “to sail in stormy weather,” Garuda Indonesia president director M. Arif Wibowo said in an official statement. It was also aided by plunging oil prices.

Going forward, it will continue with its cost-efficiency strategy, which is going to be aided big-time by information technology (IT), specifically cloud computing.

Speaking to Digital News Asia (DNA) recently, the airline’s director of IT maintenance Iwan Joeniarto said that Garuda Indonesia aims to be an “IT-based airline” within the next five years.

“Our long-term plan and IT masterplan is to make Garuda Indonesia a full IT-based airline by the end of 2020,” he said.

“This means that every aspect of the business and operations will optimise IT to further boost growth, productivity, and efficiency,” he added.

Iwan said that IT will no longer serve only certain department such as finance, fleet management and maintenance, but all verticals in the company.

“At the start of 2015, we began implementing a cloud-based office collaboration system to replace the traditional on-premises email system which had been used widely by our employees.

“Currently, more than 90% of our employee accounts have been migrated to this cloud system, and we expect the migration to be completed by February this year,” he said.

The new cloud system enables employees to access their work emails anywhere and anytime, as well as providing a platform to conduct virtual meetings.

Iwan claimed that the airline had pioneered the use of such a system amongst the state-owned enterprises (SOEs) of Indonesia.

Starting this year, Garuda Indonesia also plans to boost its employees’ digital skills and competence through intensive and continuous training, he added. As part of its strategy, Garuda Indonesia has been moving its IT budget from a capital expenditure (capex) model to an operational expenditure (opex) one, via the cloud.

“We don’t have a special IT investment budget, but what we have is an operational budget for all of our IT software and systems, run by qualified providers,” said Iwan (pic above).

“Yes, there will be some budget upfront -- however, the pay-per-use system is the best approach to accelerate our vision to be an IT-based airline,” he added.

The airline appointed German software giant SAP SE to take care of its enterprise management; Amadeus to handle its passenger service system; and has been using Lufthansa’s integrated operational control system (IOCS) since it was accepted as a SkyTeam member in 2014. SkyTeam is an alliance of 20 airlines.

The airline is also looking forward to being able to manage its passenger data in order to offer more personalised services in the future.

By moving its infrastructure to the cloud – with the aid of TelkomSigma and Microsoft – there is no need for Garuda Indonesia to invest heavily in building massive data centres, Iwan said.

This is also a boost to security, since the two parties above have robust service-level agreements (SLAs) which cover any security breach or system error, he argued.

Not that Garuda Indonesia’s IT department has its work cut out for it either. “The IT department will still plan our strategy, but implementation will be handled by these service providers,” he said.

That’s for the internals. Externally, Garuda Indonesia is now focused on building its own e-commerce site, which will provide one-stop travel services to its passengers.

This year will be dedicated to improving its online reservation and booking system, both on the website and mobile app fronts. It will be adding features such as hotel and transportation booking, inflight food service, as well as integration with its low-cost carrier subsidiary Citilink.

“We want people to be able to manage their own travel plans without having to go through travel agents,” said Iwan.

“The new online booking system will be able to recommend cheaper flights from Citilink if customers think that Garuda Indonesia’s price is too high – all on one platform,” he added.

This move is in line with the airline’s five-year cost-leadership strategy, simply because there will be less spent on commission fees to travel agents.

“Everything is now online – we do not want to get left behind, we want to move forward and let our passengers have the best digital experience,” Iwan said, adding that these improvement should be seen by the second quarter of 2016.

According to Garuda Indonesia’s recent financial statement, revenue from its e-commerce and direct-selling system rose by 22% in its year to date, and currently accounts for 20% of total revenue.

The airline will also improve its mobile boarding pass system to cut down on queues at check-in counters. This will be implemented once construction of the new Terminal 3 Ultimate at Soekarno Hatta International Airport is completed in May.

“Going forward, every traditional business has no choice but to go digital in order to stay relevant and be more competitive,” said Iwan.

“The one-stop-service e-travelling marketplace is definitely one of our main plays to win the game,” he added.

Garuda Indonesia, together with Citilink, currently has a leading 44% market share of Indonesia’s airline industry. Its fleet of 181 aircraft, with an average age of 4.7 years, carried 24.5 million passengers in the January to September 2015 period. 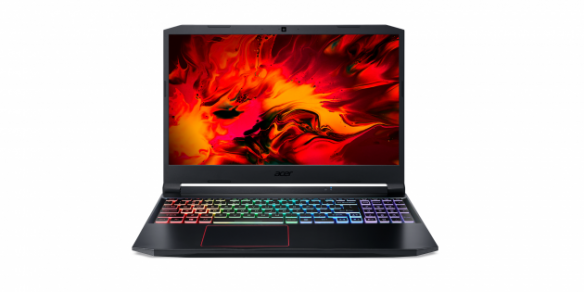