SINGAPORE-based ViewQwest has launched its DDoS Protection Service that defends the networks of any business with an online presence against (Distributed Denial-of-Service) attacks.

Powered by Santa Clara, California-based enterprise security specialist NSfocus, the new service aims to make premium-grade Internet security more affordable for businesses and even governments which are increasingly beefing up their IT infrastructure to defend against this rising Internet menace, ViewQwest said in a statement.

Increasingly, businesses and government in the region are going beyond getting plain-vanilla Internet access to ‘clean-pipes’ – premium Internet lines with built-in tech that can automatically identify malicious DDoS traffic in the networks and filter them to ‘scrubbing centres’ to take away the nefarious packets, before sending the good packets back to the user.

In its statement, ViewQwest said it offers cloud-based and provider-based DDoS mitigation to all businesses.

Its DDoS Protection Service starts from S$699 (US$520) per month, it said, claiming this was the most affordable in Singapore.

“With this partnership, we aim to offer premium-class DDoS mitigation to protect these websites at prices that they can afford,” he added.

DDoS attacks – where hackers paralyse websites by overwhelming them with web traffic, often using an army of infected computers from all over the world – have become more frequent and destructive over the last few years, the company said.

Experts believe that the DDoS attack on the BBC website at the end of last year may have been the largest recorded attack in history, hitting the 600Gbps mark.

A single DDoS attack can cost a company more than US$400K: Kaspersky 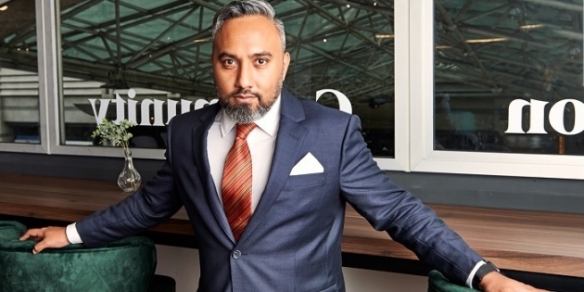