FIRST there was the switch from analogue to digital broadcasts, then there was the plethora of online television services like Singapore’s Hooq, Malaysia’s iflix, Hong Kong’s Viu and US giant Netflix all rolling out in South-East Asia.

The TV world is going increasingly digital and towards IPTV (Internet Protocol Television).

“Some of the countries are still not there, like Indonesia and Vietnam which are still converting their analogue [broadcasts] to digital,” he says, however adding that broadcasters are embracing Internet Protocol for video-on-demand, integrated applications, or even pure delivery of TV content.

There are still challenges to be faced, with connectivity being a key one.

“While everybody talks about OTT (over-the-top) or IP services, they forget that in this region especially, countries are more poorly connected,” says Le Dreau.

“If you go to countries like Indonesia, it is problematic because the bandwidth is not there,” he adds.

But broadcasters are looking to mobile connectivity to save them, given the regional population’s predilection for mobility.

“We are probably looking at an evolution of video delivery over wireless networks, where [content] will be delivered over 4G (Fourth Generation) networks and even the evolution to 5G networks,” says Le Dreau.

“Probably a few years from now there will be enough bandwidth on wireless networks to enable IP delivery if the price is affordable for the user – which is another challenge.

“In some of these countries, the ARPU (average revenue per user) is very low and the cost of bandwidth is an entry barrier to deliver video on demand,” he adds. More South-East Asian consumers are cutting the cord, which has got pay-TV operators worried.

Le Dreau (pic above) suggests that these operators look into integrating access to multiple sources of content.

“That can be done with Netflix for example, as part of the pay-TV experience, where the customer gets access to Netflix through the operator and has one single bill which consolidates everything – the customer doesn’t even have to make the effort to log onto another platform,” he says.

“I don’t see users today saying, ‘I want HBO so I launch the HBO app on my TV, if I want Amazon Go I launch another application.’

“I think there are a lot of benefits in providing a properly integrated user experience,” he adds.

This is especially pertinent as users seek out content on their own, and are willing to seek it outside of pay-TV networks.

“In any case, users control what they want to access – if I want to purchase the latest series of Game of Thrones, even if I have to browse three different sites to get it, I’ll get there, and you have to recognise that,” says Le Dreau.

So operators can actually play the matchmaker here, getting users to the content they want, through their pay-TV experience.

Sure, there are technical issues in enabling this, Le Dreau acknowledges, but the industry is moving towards this direction as users are looking to get that one-click access.

“Why do people buy an iPhone? It’s because they get their applications at the tip of their fingers with one-click access,” he says.

“If you can get this experience on TV, if through simple navigation I can give my user one-click access to all the content he desires, then he is going to stay with me,” he adds.

The technical complexities are just one challenge. For all this to work, pay-TV operators will also have to understand their customers in the same way mobile telcos are already trying to, and not just via consumer surveys.

The technology is available now for operators to extract information from users without breaching any data confidentiality or privacy laws, according to Le Dreau.

“We can build a big data [repository], which can be used by third parties and operators to understand what this pool of users are doing, and derive a marketing strategy,” he says.

“There is a lot of investment going on in analytics, but the principle is how to use the data you have to better build your marketing strategy and better engage your users,” he adds.

Despite all the buzz around IPTV, satellite TV still has some legs.

“Distribution by satellite is today the easiest way to delivery pay-TV to the end-user,” says Le Dreau.

The argument is the same with mobile networks, which admittedly still lack the bandwidth for a full TV experience: In remote areas where pulling up physical cables may not be economically viable, wireless is the best way to go.

“In a few years there will be massive video consumption on wireless networks, because in developing countries people will not have access to a physical cable,” says Le Dreau.

“When you talk about efficiency and quality, satellite TV is still there providing easy access,” he adds. 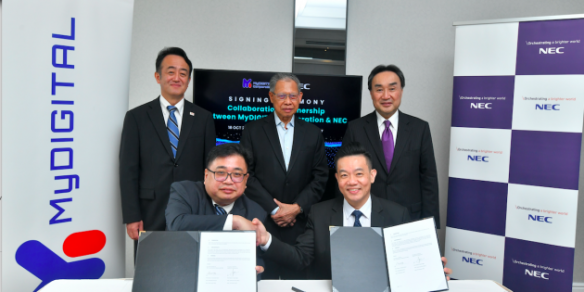