The grid stands up to GE13: MCMC 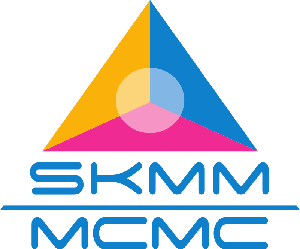 DESPITE fears and rumours that there would be network disruptions during Malaysia’s 13th General Election on May 5, the telecommunications infrastructure managed to accommodate the onslaught of SMSes, website updates and browsing and social media chatter.

Telecommunications and Internet services operated as per normal on election day and was not crippled as claimed in social media circles recently, the Malaysian Communications and Multimedia Commission (MCMC) said in a statement issued May 6.

The MCMC said that it and service providers conducted monitoring throughout the day on May 5, and found that the nation’s telecommunications systems as a whole operated as usual.

“Members of the public are advised to not easily believe whatever they read on social media or rumours that were spread through SMSes,” said MCMC chairman Mohamed Sharil Tarmizi.

The MCMC detected only a small number of websites that were hacked or experienced mild Distributed Denial of Service (DDoS) attacks), he claimed, adding that if the public experienced intermittent disruption to their Internet service, it may have been due to overwhelming numbers of visitors to the said website to obtain the latest updates on GE13.

The MCMC advised website owners to boost their website security levels and hoped that this vigilance would continue.

Last week, the industry regulator hauled in 15 people to give statements and assist in investigations into the dissemination of false news and defamation via text messaging revolving around GE13.

The MCMC also said it found an increasing trend of cyber-bullying, such that elements of threats and libel, crimes under the Penal Code, also surfaced, and warned it would take action.

More worryingly, independent news portal Malaysiakini as well as technically-inclined private individuals said they had gathered evidence that shows certain Internet service providers had been throttling access to Malaysiakini and other sites, as well as Opposition content on sites such as YouTube.

The MCMC denied this, saying it found no such evidence and blamed it on high traffic and possible DDoS attacks.