SINGAPORE’S Third Party Taxi Booking Service Provider Act has been in effect since Sept 1, bringing legislative oversight into the grey area which startups like GrabTaxi and Uber currently operate in, while the Government is also looking into ride-sharing services.

Taxi-hailing providers have been given a three-month grace period until Dec 1 to comply with the Act. Key guidelines include not disclosing customers’ destinations, releasing fare information upfront, and no pre-trip tipping or bidding. For more, go here.

When queried, the Land Transport Authority of Singapore (LTA) referred Digital News Asia (DNA) to the second Parliamentary reading of the Act, when then Minister of Transport Lui Tuck Yew outlined the new powers given to the LTA to enforce compliance.

The same reading outlined some of the regulatory sanctions, which include a fine not exceeding S$100,000 (US$72,300), and suspending or revoking a service provider’s registration for failing to meet the guidelines. The entire Act can be found here.

Provisions of the Act DNA spoke to Matt Pollins, principal associate at Olswang Asia; and Natalie Tan, associate at Holborn Law (in association with Olswang Asia), to understand the scope of the Act and what it entails.

They broke the Act down into three parts to better explain the regulations and consequences of breaking it.

“First, the Act requires all third-party taxi booking service providers with more than 20 participating taxis to be registered under the LTA,” Tan (pic) said.

“This includes taxi-booking services operated outside, partly inside, or partly outside Singapore – as long as the journey is within or partly within Singapore,” she added.

The LTA still holds the final say in whether registration should be granted, and service providers which fail to register or renew the licence can be fined up to S$100,000 or imprisoned for a term not exceeding six months, or both, according to Tan and Pollins.

“Second, under the Act, the LTA has the power to impose certain conditions on the registered providers, including matters relating to the operation, monitoring and supervision of services, audit, conduct of its employees, agents and contractors, the fees that may be charged for the service, and requiring the provision of information to the LTA,” Tan said. Ultimately, the conditions imposed by the LTA will depend on the class of registration of the third-party service provider, according to Tan and Pollins (pic).

“Third, the LTA may issue codes of practices and directions specifying the duties and obligations of the third-party service provider(s) which need to be strictly complied with, unless otherwise exempted,” Tan said.

“The LTA may impose compliance order(s) to any of the service provider(s) who fail to oblige by the conditions impose and/ or codes of practices and directions issued,” she added.

The LTA can impose one or more regulatory sanctions, including imposing a fine not exceeding S$100,000 for each instance of contravention or non-compliance, or suspend or revoke a service provider’s registration, the two lawyers said.

From grey to B&W

While GrabTaxi and Uber currently have a three-month grace period to comply with the guidelines, DNA reached out to both startups to find out what changes they have made in the way they operate.

Karun Arya, Uber’s communications lead for South Asia and India, told DNA via email that Uber currently subscribes to all the requirements, and no further changes need to be made.

“Uber already complies with all the requirements of the Third Party Taxi Booking Service Provider act,” he said.

“There is no effect on the taxi drivers who use Uber’s technology to do more trips in Singapore,” he added.

GrabTaxi, which also operates the rival ride-sharing GrabCar service, on the other hand is now making the changes necessary to comply, according to Jerry Lim, head of GrabTaxi Singapore.

“GrabTaxi is addressing the new regulations by Dec 1 with the necessary amendments to our app, such as giving passengers the option on whether they want to state their destination, and providing fare information upfront,” he told DNA via email.

“We were well prepared for the required changes, as GrabTaxi has always maintained an open and collaborative dialogue with regulators,” he added.

GrabTaxi’s pool of taxi drivers has also been informed about the upcoming changes according to Lim, and “are fully aware of and understand the regulations required.”

Meanwhile, the LTA told DNA that the Act would not be affected by the latest announcement to review chauffeured services.

From a legal perspective, this might mean some amendments, according to Tan and Pollins.

“The announcement of the review of the private car sharing components means that the existing legislation, the Road Traffic Act, will be subject to constant review and amendments,” Tan said.

Tan and Pollins pointed out that the Act has already been amended to fit a wider definition of a taxi service provider.

“This is telling, from the recent amendments to the Road Traffic Act as a consequence of the Act coming into force. For example, the definition of a taxi service operator is now wider,” Tan said.

“This means that a service provider which was previously not within the definition of a taxi service operator under the Road Traffic Act may now find itself caught within the wider perimeters of this defined term, thereby requiring a licence from the LTA,” she added.

The two lawyers also pointed out that there is another amendment that now aligns the Road Traffic Act with the Third Party Taxi Service Booking Act.

“Another example is that the maximum suspension term for licensed taxi service providers has been amended to be aligned with the corresponding provision under the Act,” Tan said.

GrabTaxi said it welcomes the review and is committed to bringing about higher standards of safety.

“The regulators in Singapore expect the highest standards in commuter safety, and we are committed to this,” GrabTaxi’s Lim said. 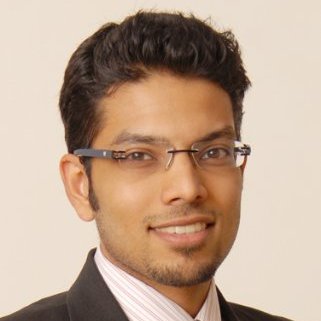 “GrabCar welcomes the review of regulations that will help build a stronger transport industry that benefits both passengers and drivers,” he added.

Uber is also committed to commuter safety, according to Karun (pic), who added that he believes the current regulations are clear enough.

“Uber is committed to serving the Singapore community and providing millions of commuters with access to safe, reliable and convenient transportation options, drivers with more economic and entrepreneurship opportunities, and the country with a more efficient transport system,” he said.

“The private-car space is already regulated and those regulations are very clear,” he added.