Singapore’s Internet cutoff (and the resounding silence from the industry): Page 3 of 3

A new type of mobile future The advent of smart devices and mobility solutions has transformed the way people work and engage with others. The Singapore Government has actually been cognisant of this, and has been pushing for its civil servants to engage more deeply with the citizenry, using such technologies.

However, Avaya’s Spence warns of delays in responses until proper processes and discipline are instilled.

“The world is moving into the singularity approach in both government-to-government (G2G) and government-to-citizen (G2C) relationships – that means serving people in real time in whichever way they choose, while giving them the same great experience every time,” he said.

“With emails coming in on a different device, government personnel will have to build in the discipline to stay reasonably connected to citizens and teams.

“This may present a challenge in terms of timeliness of responses, but with the implementation happening only next year, agencies should start looking at building workflows and processes to overcome this challenge,” he advised.

Spence was also concerned that the measure might hurt external collaboration with the Government.

“What could hurt most is the opportunity to collaborate outside of the government network. Although dedicated terminals are available, it is difficult to gauge if there will be adequate resources to meet the ever-increasing need of different departments and work functions,” he said.

“The implication could be a slowdown in responses and real-time collaboration, which could potentially translate into inefficiencies,” he cautioned.

For SAP’s Rushworth, it will be business as usual, arguing that people will just adapt.

“The fact is, most Singaporeans already have separate devices for work and play, and they have already figured how to juggle both,” he said.

“Adaptability is key in the digital era, and Singaporeans will be able to find a new normal even with the new measure,” he added. 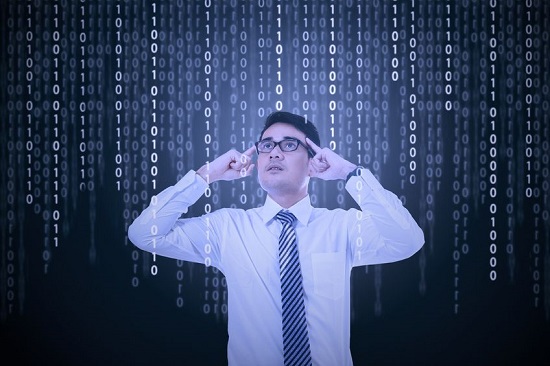 “The measure does seem like a paradox, but I am certain the Government has weighed the pros and cons before taking this seemingly drastic measure,” said Spence.

“The impact on most Smart Nation initiatives is possibly minimal as the restriction only affects public sector employees, and not the wider network that these will run on,” said Avaya’s Spence.

“Meanwhile, the Government can continue the dialogue with experts in the communications industry to keep seeking opportunities to refine its policies.

“The Government has also previously spoken of ‘security-by-design,’ where network and systems are built by assessing threats and risks, and adequately addressing these at the build phase,” he noted.

SAP’s Rushworth believes the impact would be minimal, or none at all.

“Cybersecurity and Singapore’s Smart Nation vision have always been two sides of the same coin, and even the Singapore Cyber Security Agency has provided assurance that Government e-services will not be affected,” he said.

“As mentioned earlier, most public servants will still be accessing the Internet through their personal devices, so there will be minimal impact.

“SAP believes that the way technology is adopted or deployed is about choice. Whether in private or public networks, on-premises or in the cloud, it is about tailoring to specific needs and requirements,” he added.

Ultimately, whatever measures the Government takes, it has to keep citizens in mind, according to Avaya’s Spence.

“Whatever measures the Government decides on eventually to keep its networks safe, it must not compromise on the delivery to the people that it serves – the citizens,” he said.