SEA's fintech ecosystem has a long way to go FINTECH is a booming industry but you need to grow fast to stay ahead, explained Vladislav Solodkiy (pic above), managing partner at Life.SREDA Venture Capital.

Speaking during the Malaysia Digital Economy Corporation’s (MDeC) inaugural Fintech Conference in Kuala Lumpur recently, he said there is still a lot of room for growth in the fintech space.

Banks have just only dipped their toes in fintech investments with an allocation of a mere 26%. Presently, the fintech space is still dominated by venture capitals though Solodkiy hopes to see that change in the coming years.

Venture capitals like Life.SREDA recognise that there is a lot of potential for fintech companies in the South-East Asian region. They ventured into Asia, having relocated from Moscow to Singapore almost two years ago.

Solodkiy and his team have been travelling across the region and have spoken to over 150 fintech startups from different countries to learn more about the market and their challenges.

From what he has gathered, Solodkiy says that fintech in the region faces several hurdles that need to be addressed before the market can mature.

The first is that fintech startups use up a lot of  resources to launch their solutions, sometimes close to 80%, and they spend almost a year on the process.

Solodkiy paints a typical scenario where fintech startups have to spend months learning how to integrate with traditional banks that provide the license. It is a painstaking process and one that is unnecessary.

“All of them tell the same story. The journey of integration in the bank is not smooth as they face issues like lack of IT support and even find that there are no open Application Program Interfaces (APIs) to integrate with the bank’s system,” he explained.

In comparison, fintech startups in the US take three months and utilise just 20% of their resources to launch while the remaining 80% is used to attract and serve customers.

Scalability is another challenge fintech startups face. Being a leader in your own country is not enough as you need to think on a bigger, regional scale.

However, the issue is that you often need to start from scratch whenever you enter a new market, finding the right partners and banks and getting the license, which is very time consuming for startups, noted Solodkiy.

He feels that regulators need to take a different approach with fintech companies. The current approach of trying to integrate them with traditional banks is clearly not working so there needs to be a different way.

“We want to suggest that all players should come together to create some middleware for banks across Asia. This will provide a common platform so fintech startups need only be integrated once into the bank’s backend system, saving IT cost and time,” he suggested.

He said bankers need to move away from the mindset of trying to get fintech startups to improve their core business as it is sure to fail. Instead, they need to think about how they can exist in parallel, finding new business opportunities and serving new customers.

He cited the case of neo-banks, completely digital banks that possess no branches and offer services from an app, as a case where fintech companies can complement banks.

“Customers can’t wait for innovations from traditional banks and at the same time these banks don’t have the resources or know how to create these solutions,” he said.

It would be cheaper and better for banks to buy out these players instead of coming up with an in-house solution.

With this, they would gain a new product offering for their customers and provide new revenue streams.

As it is, central banks in Asia have just started working with fintech startups. Though slow, it is a step in the right direction.

“We hope other central banks like Bank Negara will also engage with the local fintech startup community and venture capitals to make some kind of working group,” Solodkiy added. MDeC is on the same page as Solodkiy in acknowledging that fintech is the future for financial institutions.

“We believe that fintech would be able to roll out services to new markets. It will benefit people who do not have access to financial services under normal conventional banking systems,” said MDeC digital enablement director Ir. Wan Murdani Wan Mohamad (pic above).

MDeC is introducing a fintech developers boot camp called Fintech Developer Bootcamp to assist Malaysian developers in upscaling their capability with fintech . The training programme would be conducted by training specialist, iTrain.

Fintech startups have until Sept 23 to submit their ideas in the form of a video no longer than one minute. Applications will entertained on a first-come-first-served basis as only 75 teams will be accepted. Each team must consist of a minimum of two people.

For more information about the boot camp go to http://itrain.com.my/fintech-bootcamp/

Fintech startup Saving Plus rebrands to Jirnexu, raises US$3 mil Series A

Banks, the ‘millennials code’ has been cracked 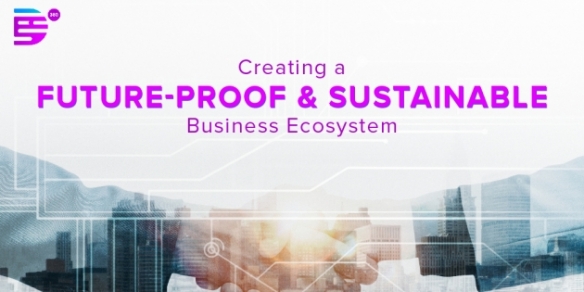