SOUTH-EAST Asia is poised to become one of the world’s fastest-growing regions for e-commerce revenues, exceeding US$25 billion by 2020.

In 2015, the market earned US$11 billion despite several acquisitions, market exits, and many online retailers struggling to achieve profitability.

Total revenues from business-to-consumer (B2C) e-commerce in the six largest Southeast Asian countries will increase at a CAGR of 17.7%.

Malaysia and Thailand were the largest e-commerce markets in Southeast Asia in 2015, generating revenues of US$2.3 billion and US$2.1 billion respectively.

By 2020, both of these markets are expected to be eclipsed by emerging economies in South-East Asia including Vietnam and Indonesia.

“Despite being relatively young, the e-commerce market in South-East Asia is developing quickly, thanks to the astounding rate of digital adoption in the region,” stated Frost & Sullivan Asia-Pacific Lead Consultant in e-Commerce, Digital Transformation Cris Duy Tran.

“However, companies pursuing an Amazon-style B2C mass market business model are struggling to turn a profit and there have been several mergers and acquisitions and market exits in 2015,” he added.

“With fewer players in the market, e-commerce players are beginning to compete beyond price points and logistics and moving into new areas such as Online-to-Offline (O2O) e-commerce and loyalty programs,” said Tran.

Although the mass marketing approach has not worked so far in South-East Asia, there are many  opportunities in specialized e-commerce and P2P e-commerce.

Services such as Carousell, Tokopedia and Shopee are aggressively pursuing a ‘mobile first’ strategy, and Frost & Sullivan expects to see more sector-specific services in areas such as travel, food delivery, and luxury goods.

These include low credit card ownership that stands at less than 7% in all South-East Asia markets except for Singapore and Malaysia.

In some countries, more than 50% of the population does not have bank accounts, making payment the biggest challenge for e-commerce companies in the region.

Logistics is another issue hampering the growth of e-commerce in South-East Asia, especially in areas with complex geographies such as Indonesia and the Philippines.

However, recent investments by regional logistics players such as aCommerce and SingPost to strengthen the e-commerce logistics infrastructure in these markets could accelerate the growth of online retail in the region.

The rapid expansion of the Chinese e-commerce market is providing further impetus for online retail growth in South-East Asia.

“In 2015, the e-commerce revenue in China represented 12.1% of all retail sales, surpassing the US, Europe, and Japan. Given the massive adoption of e-commerce in China, South-East Asia is set to follow a similar upward trajectory; even though at present, e-commerce only represents less than 2.5% of all retail sales. The region is well-positioned for more M&A activities during the forecast period, and we expect to see more exciting market developments in the near future,” noted Tran.

Business and e-commerce are synonymous, get with it: Stridec CEO 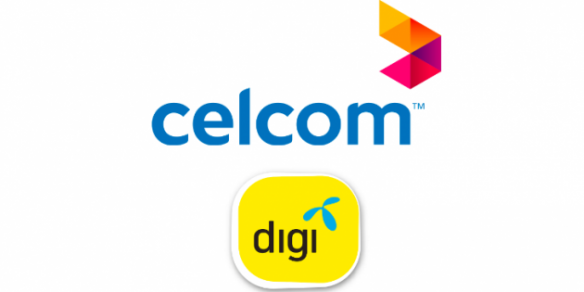