Where women say no to mobiles – and where they don’t…

Professional women use their mobile a lot – but there are situations in which they will disconnect. Women in all six markets say job interviews are among their top “phone off” locations.

More than 90% of Scandinavian women say funerals are inappropriate for mobiles, compared to a quarter of Asian women.

Interestingly, the situations where women keep their mobiles on speak volumes, as the mobile permeates previously “sacred” social and private settings.

Women in all markets are more accepting of phones in “romantic situations” than they are of phones on during job interviews or on airplanes.

Thai and Myanmar women are the most unopposed to phones in intimate settings (only 13% and 3% say “turn them off”) while 39% of Swedes are against mixing phones and romance. Scandinavians are unopposed to mobiles in the loo, while Asians turn them off.

How can the mobile help empower societies

As Telenor Group has committed to supporting the UN Sustainable Development Goal #10 – Reduced Inequalities, the survey also asked women for their thoughts on how mobile connectivity could address societal or economic issues.

“Information and knowledge sharing” is cited as the most important way mobiles can do this, according to about 60% of women in Norway, Malaysia, Singapore, Sweden and Thailand – and 80% of women in Myanmar.

Mobile banking is identified by women in all markets as avenues through which mobile technology can solve societal challenges – cited by seven in 10 Swedes, six in 10 Norwegians, and about half of Thais, Singaporeans and Malaysians.

“We found some interesting,  anomalous answers from individual markets as well,” said Gibson. “A quarter of Thai and Swedish women singled out ‘loneliness’ as something mobiles can mitigate, and Singaporean women, in a country known for safety, reported that mobiles can help with personal safety.”

Do women want a “female-only Internet”?

One of the more provocative questions posed in the survey, “To which degree would you support a women-only Internet?” generated an interesting response.

Most eyebrow-raising: 65% of Thai women support having an Internet which is accessible only to women, because they say it would lead to less harassment and more relevant content. Singaporean women align with Scandinavian women in rejecting the concept (83% in Singapore, 90% in Sweden and 97%in Norway), saying an all-women Internet would be discriminatory and would not address safety or harassment issues.

The few that were in favour, stated that a female-only Internet amongst others would be safer for kids.

“Although the notion of a ‘women-only Internet’ is a hypothetical one, we think that these wildly varied answers warrant further conversations about what women are dealing with online in Thailand, Myanmar and Malaysia in order to support an idea such as this,” said Gibson. Across the board, women in all six markets say that the most personally life-changing apps are social media, including messaging apps.

Impact of mobile on work-life balance As for how mobile technology has impacted their working lives, the most common answers in Sweden and Norway are “not changed” or that mobiles allow them “flexibility to work anywhere”.

“Women feel empowered by the mobile to balance work and life. How the balance is struck and the role the mobile should play is ultimately a choice for professional women in Scandinavia and Asia to make themselves.

“Fundamentally though, we see from the survey that the mobile phone is a huge enabler and will continue to be, both professionally and privately,” said Gibson.

When women rise, men rise too 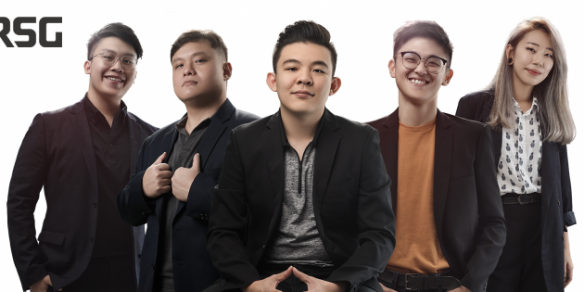