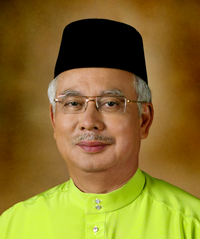 MALAYSIAN Prime Minister Najib Razak tabled his Budget 2015 proposal in Parliament today (Oct 10), where he announced human capital development and entrepreneurship as one of seven core strategies to move the country forward.

Among the ICT-related measures he announced was the Research Incentive Scheme for Enterprises (RISE), with an allocation of RM10 million to encourage companies to set up research centres in high technology, ICT and knowledge- based industries.

“The Government aspires to position Malaysia as a choice location for startups in the region,” said Najib.

“Among the efforts is the establishment of the Malaysian Global Innovation and Creativity Centre (MaGIC) which aims to create a more conducive ecosystem to facilitate the startups to commence operations.

The Government also proposes to enhance entrepreneurial talent among youth through programmes under MaGIC, SME Bank and Agro Bank, as well as introduce an online resource centre and organise an international social entrepreneurship conference, he said.

“Currently, Malaysia’s R&D expenditure as a share of GDP (gross domestic product) is low compared with advanced economies such as Japan and South Korea,” Najib said.

He said the Government will allocate RM1.3 billion to the Ministry of Science, Technology and Innovation (MOSTI) to implement several related programmes including:

Currently, small and medium enterprises (SMEs) contribute 33% to GDP and the share is targeted to increase to 41% by 2020, Najib said.

To accelerate the participation of SMEs in economic activity, the Government is proposing the implementation of an SME Investment Partner programme, under which SMEs will be given financing assistance in the form of loans, equity or both, particularly at the startup stage.

“To enhance use of new technology, automation and innovation in the development of SMEs, RM80 million is allocated for a Soft Loan Scheme for Automation and Modernisation of SMEs under Malaysian Industrial Development Finance Bhd,” he added.

The Goods and Services Tax (GST) that goes into effect in April next year will bring its own set of challenges.

“The experience of other countries has shown that a key critical factor in the succesful implementation of GST is the level of readiness by businesses,” Najib said.

To assist businesses, the following incentives and assistance will be provided:

To develop creative industries such as animation, filming, designing and cultural heritage, the Government allocated RM200 million to MyCreative Ventures in 2012.

MyCreative Ventures is the government investment arm set up in April 2012 to spur Malaysia’s creative industry.

To further promote the industry, a Digital Content Industry Fund will be set up under industry regulator the Malaysian Communications and Multimedia Commission (MCMC), with an allocation of RM100 million.

“A sum of RM2.7 billion will be spent over the next three years to build 1,000 new telecommunication towers and [for the] laying of undersea cables,” he announced.

The Government will also set up a Services Sector Guarantee Scheme amounting to RM5 billion for SMEs in the services sector, with a maximum financing of RM5 million together with 70% Government guarantee. The scheme is expected to benefit 4,000 SMEs.

The Government has allocated RM273.9 billion for Budget 2015, an increase of RM9.8 billion compared with the 2014 initial allocation. Of the amount, RM223.4 billion is for operating expenditure while RM50.5 billion for development expenditure, Najib said.