The findings were part of the National ICT Association of Malaysia (Pikom)’s ICT Job Market Outlook in Malaysia 2017 report, made in collaboration with Jobstreet.com.

Given the numerous domestic and external economic challenges facing the country last year, Pikom research committee chair Woon Tai Hai was not surprised by the lower growth in salary as the world economy recorded its lowest growth rate in ten years.

However, Pikom was quick to add that there has been a gradual improvement in global growth and recovery in commodity prices with the continued expansion of domestic demand are poised to drive economic recovery.

Pikom said it is cautiously optimistic that the economy will improve further this year based on the year-on-year GDP growth of 5.6% in the first quarter of 2017.

"We are revising our earlier projection of 4% for the GDP growth in 2017 to 5% based on improved performance in the domestic sector and and in other economic sectors,” said Pikom chairman Chin Chee Seong.

Pikom has also projected that the overall average monthly salary growth for 2017 will be above RM9,000, a 6.7% increase over 2016 on the back of a better-than-expected performance of the economy this year.

Taking a closer look at the individual salaries of ICT professionals at different levels, Pikom’s report noted how the salaries of fresh graduates, junior executives, senior executive, middle managers and senior managers rose in 2016 though the growth rate was lower than expected.

This trend in salary for entry level positions are a cause for concern, he adds, as the salary of a senior manager professional was 6.44 times more than that of an entry-level professional in 2016 and is expected to widen to 6.61 in 2017.

“If this issue is not addressed there is a chance that there will be a lower take up in jobs in the ICT sector and that will have a detrimental impact on the industry as a whole,” Woon said.

In the overall job category, the top paying industries in the ICT sector ranked as follows with the automotive/ heavy industry/ machinery industry group paying a monthly salary of RM8,952 followed by call centres, IT-enabled services/ BPO industry at RM8,822.

This was followed by transport/ storage/ freight/ shipping at RM8,791; science and technology/ aerospace/ biotechnology at RM8,760 and computer/ IT (hardware) at RM8,397.

ICT to be driving force

Looking at the current state of the ICT industry in Malaysia, Pikom projects that the total ICT contribution to GDP in Malaysia will grow from RM152.1 billion in 2015 to about RM164 billion in 2016.

The main drive of the ICT industry continues to come from the ICT Services sector that Pikom projects to grow to about RM67 billion in 2016 from RM61.4 billion in 2015.

“This year we have witnessed many ICT developments are poised to generate positive sentiment in the future of the industry in the years to come,” said Chin.

This includes developments such as the establishment of Pikom’s new eCommerce Malaysia chapter that aims to support the fast-growing local eCommerce market, the launch of the Digital Free Trade Zone in March 2017 that aims to provide physical and virtual zones that are to help small medium enterprises take advantage of the Internet economy.

There is also the implementation of coding in schools under the National Blue Ocean Strategy initiative that will see primary school children exposed to basic coding, encouraging children to become contributors rather than mere consumers of content.

The report states how Malaysia is one of the few countries in Asean to take the initiative to develop a comprehensive roadmap to make the Internet of Things, a key contributor to the country.

It goes on to say that country has the ripe conditions for strong IoT with high mobile penetration of 143.7%, internet usage of 65.8% and social media penetration of 45%.

The National R&D research agency (Mimos) has lined up pilot projects where IoT-enabled applications and services can be deployed in various economic sectors that include increasing farming productivity and improve the quality of output.

Malaysia’s ICT salary growth at its lowest rate in 8yrs 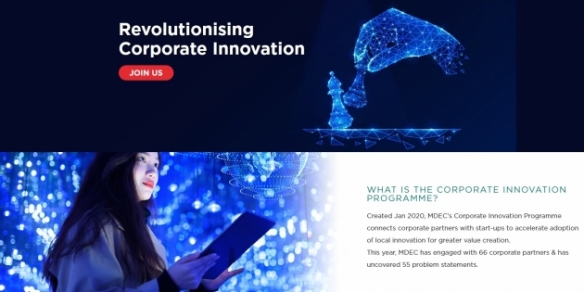