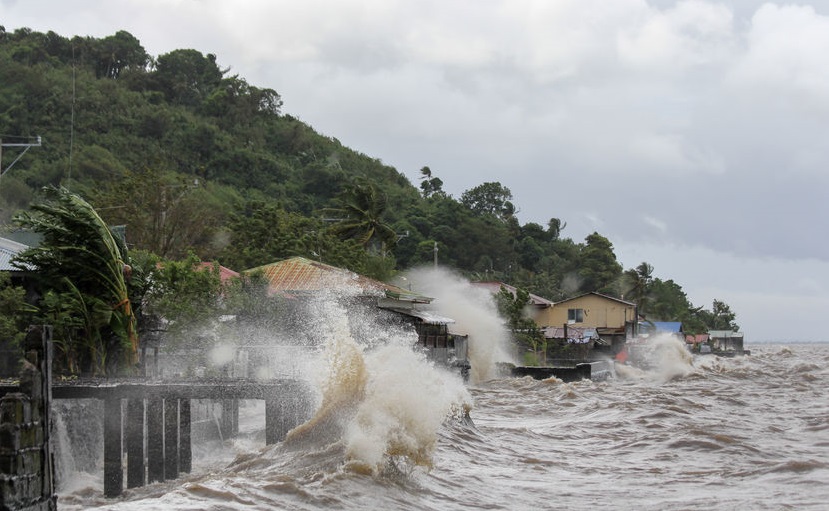 TECHNOLOGY companies are doing their bit for victims of Typhoon Haiyan, known locally as Yolanda, after it tore through the Philippines on Nov 8, leaving nearly 4,000 dead and about 1,600 missing, as well as more than four million homeless.

According to the UN Office for the Coordination of Humanitarian Affairs (OCHA), Haiyan, one the most powerful typhoons ever to make landfall, a total 13 million people have been affected by the typhoon. Of those, 4.9 million are children and 1.5 million are below the age of five.

DiGi Telecommunications Sdn Bhd said that starting Nov 16, all of its Filipino prepaid subscribers will be given free talk time, SMS and Internet access worth over RM500,000 in total to assist them in staying in touch with their loved ones in the Philippines.

“We recognise the need to stay in close contact with loved ones in difficult times like these, and want to extend support to our friends and customers from the Philippines who have been badly affected by the devastation wrought by Typhoon Haiyan,” said DiGi chief marketing officer Albern Murty (pic).

“We hope this small gesture will help them get the latest situation updates from home, and further facilitate … relief efforts in the Philippines,” he added.

All registered Filipino subscribers will be informed of this promotion via SMS, DiGi said in a statement.

Meanwhile, MyTeksi Sdn Bhd will donate all proceeds from every ride booked through its mobile taxi-booking app over the weekend of Nov 16-17 to the victims.

Also, as a token of the company’s appreciation, MyTeksi said that customers would also receive a promo code for an RM5 discount off their next MyTeksi ride in their email.

The proceeds from the weekend, including those from its sister company GrabTaxi Philippines, will be handed over to the Philippines Red Cross, the company said in a statement.

Meanwhile Inmarsat-sponsored organisation Télécoms Sans Frontières (TSF) is continuing its critical battle to provide emergency phone and broadband services in the worst hit regions of the Philippines following the typhoon. The global mobile satellite communications services company has prioritised satellite traffic to and from the Philippines. Based at the company’s Network Operations Centre in London, teams of satellite network controllers and Inmarsat engineers have been working 24 hours a day with TSF’s French-based headquarters and its teams on the ground in the Philippines to restore communications (pic).

TSF also confirmed that the Philippines’ Minister and Deputy Minister for Home Affairs and National Security have been personally provided with Inmarsat IsatPhones to improve communications with their government colleagues located across the country and beyond.

Additionally, TSF is directly helping the Philippines Department of Health restore broadband Internet access to the general hospital in Tacloban, the Philippine city devastated by the typhoon.

The broadband satellite service will enable hospital staff to collaborate with medical teams on a national scale and provide well-coordinated health support to the thousands of victims seriously injured in the recent disaster, Inmarsat said.

With the support of Inmarsat, TSF is also assisting two UN agencies – OCHA and UNDAC (United Nations Disaster Assessment and Coordination) – by providing satellite-based broadband Internet connections to their teams on the ground.

TSF teams, supported by the technical resources of Inmarsat, have been deployed to the islands of Busuanga and Panai to provide technical and material support to the UN.

“Inmarsat was founded to save lives at sea and, even after 32 years of commercial development, humanitarian support remains at the heart of what we do,” said its chief executive officer Rupert Pearce.

“We are very proud of our close collaboration with TSF and we will continue to support it in every way that we can to help the millions of people in the Philippines whose lives have been adversely affected by the recent devastating typhoon.

“Our satellite broadband and voice services support highly relevant relief and reconstruction efforts in both remote regions and where terrestrial networks are down, as well as bringing the plight of the region to the attention of the world through the efforts of the media,” he added.

Further afield, Microsoft Corporation is working with government responders and global and local nonprofits on the ground to help provide disaster relief to impacted communities, and also to determine technology and services support needed to help with business and infrastructure challenges, senior communications manager of Microsoft Disaster Response, Molly Bull, said in a blog post.

The Redmond, Washington-based tech giant has dispatched to the Philippines four deployment kits from Emergency.lu, which include a version of the Skype client optimised for low bandwith, to provide connectivity for ongoing humanitarian operations.

Emergency.lu is a communications solution for global disaster relief and humanitarian missions, developed and implemented as a partnership between the Luxembourg Government and a consortium of Luxembourg companies and organizations; Skype and Ericsson Response are technical partners.

Microsoft Lync is also included in the deployment kit, which response teams on the ground can use to coordinate relief efforts, Bull said.

The company has also updated its HelpBridge application to call out opportunities for those in the United States who wish to donate via text-to-give to response organisations providing relief to communities impacted by Typhoon Haiyan, she added.

NetHope is a consortium of 41 non-governmental organisations that brings information and communication technology (ICT) practices to serve people in the developing world.

“Microsoft is also working internally to provide to its employees information on ways to donate, with a company-match incentive for monetary donations. The total-dollar amount raised so far is undetermined, as it is changing rapidly,” said Bull.