THE four-wheel drive from Clarion Malaysia, which wouldn’t look out of place in a Bond movie, almost stole the show at the Globally Connected Car Solutions symposium on Nov 5. It felt like a full blast from its out-of-this-world system could blow out every window at the Petronas Twin Towers, the super mean music machine was meant to illustrate how car stereos are evolving to become ‘in-vehicle infotainment systems’ or IVI systems.

Anyone caught in Monday’s rain-induced traffic gridlock in Kuala Lumpur would surely have welcomed the relief such a system is touted to provide – navigation, telematics, telecommunications, Internet connectivity and yes, your favorite music streamed from the cloud.

But why would the CREST (Collaborative Research in Engineering, Science and Technology) and Clarion Malaysia organize such an event. And why would a trio of government agencies – the Malaysian Industrial Development Agency (Mida), the Multimedia Development Corporation (MDeC) and Malaysian Debt Ventures (MDV) – support such an initiative?

It seems that IVI is an emerging new market and even more significantly, there are no clear leaders yet. And Asia is home to the leading car-makers of the world and itself is a huge market.

The point about an emerging market with no clear leader was made by Mida chief executive officer Datuk Noharuddin Nordin (pic, center) in his speech: “There is a growing market for connected cars [estimated at US$14.4 billion by 2016 or RM44.1 billion]. And, unlike the smart phone, tablet and notebook markets, there is no clear market leader for connected car solutions, which means this is a great opportunity to establish market leadership.”

This is why CREST co-organized the event with Clarion Malaysia to introduce some of the latter’s global technology partners to Malaysian companies. CREST chief executive officer Jaffri Ibrahim (pic above, right) is hoping to tap into the bank of MSC (Multimedia Super Corridor) software companies and get them interested to partner with these leading players in the space to quicken their market access to key customers.

Partnering with these leading players is important because, “they already have market access to the leading car manufacturers and their technology platforms have been accepted by some of the leading car-makers.

“For our software companies to get to that same stage will just take a very long time, so it is best to partner with these players who are now looking for the right companies to work with to create end solutions for the market,” says Jaffri.

And as Bill Duvall, CEO of Prodigium Mobile -- one of Clarion Malaysia’s global technology partners -- tells Digital News Asia (DNA), “The market is in Asia. Who better than local companies to build solutions for the local market?”

Clarion Malaysia, a Malaysian-Japanese joint venture with a 40-year history in the northern state of Penang, is not just a manufacturing base but also manages one of the most dynamic centers for research and development in the IVI industry in Asia. It has also already unveiled the Clarion Mirage, an Android-powered IVI unit which was co-developed, created and manufactured in Malaysia.

Add to this the fact that five of the top car manufacturers in the world are based in Asia – Toyota, Hyundai-Kia, Honda, Suzuki and Nissan – with General Motors and Volkwagen also invested heavily in the region, means access to key end customers is in our backyard.

And further add to the fact that consumers from China, Japan and India bought 23 million cars in 2011, and the market opportunity becomes apparent – this is not even factoring in Malaysian car-makers Proton and Perodua and the almost 500,000 cars they produce annually.

The link to handphones is not accidental. Tan says the demand for IVI systems is driven by connectivity and safety. “When you drive a car, it is unsafe to operate a smartphone or tablet. But then people drive they want to stay connected, entertained and informed.”

Apparently IVI is the answer, replacing the role traditionally filled by the trusty car radio. 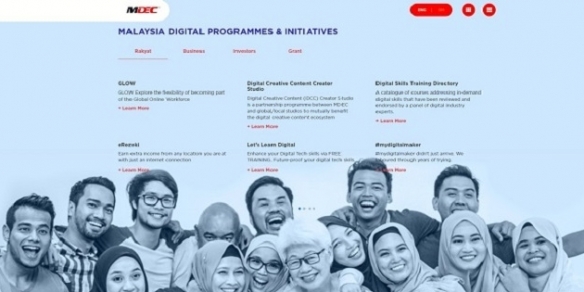