EVER imagined a data center located in a condominium building?

The entry of Safehouse as a DC services provider brings the total number of companies recognized by the Multimedia Development Corporation (MDeC) to 16. MDeC is the government agency tasked with driving the development of the MSC Malaysia and Digital Malaysia national ICT initiatives.

Tan Tze Meng (pic, left), head of the Policy Planning & Advocacy Unit (Digital Enablement) at MDeC, said that back in 2008, Malaysia had 500,000 sq ft of net lettable space, whereas Singapore at the time had 1.5 million sq ft.

However Tan said that as of the first half of 2012 Malaysia's number has grown to one million sq ft, with the original target set being five million sq ft of net lettable space to be available by 2020.

However, echoing the statement made by Minister of Human Resources Datuk Seri Dr S. Subramaniam in an separate interview with Digital News Asia (DNA), the square footage target no longer applies.

“Looking at how the technology is going, with higher density servers and more racks being fitted in with more computing power in the same square footage, it does not apply as much anymore,” said Tan.

He added the main target now is ensuring that the DC industry hits its projected US$761 mil contribution to the country’s Gross National Income (GNI) by 2020. “So whether we achieve it with one million square feet or five million, it doesn’t matter,” he said. 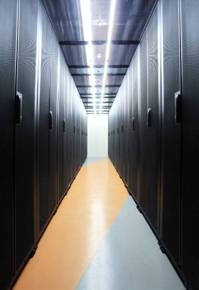 When asked about the ongoing trend for companies choosing to host their data in Singapore rather than Malaysia, Tan said that as a DC hub, Malaysia remains “under the radar” for many multinational companies (MNCs).

“When they first think about locations in the Far East, countries like Hong Kong and Singapore come to mind,” he said.

Tan added that one way the agency is raising awareness overseas, is with the production of marketing collaterals such as a DC directory for Malaysia, which is currently being distributed internationally.

Another reason for the choice of Singapore over Malaysia, said Tan, is that the island nation is recognized as a business hub with many MNCs having established their regional headquarters there, which in turn makes it a natural choice for a DC facility as well.

“However the cost of doing business in Singapore is much higher so we’re starting to see these companies coming here to build their data centers. We’re talking about fairly large facilities, such as a recent query we received for 40 acres of land, which is not something that easy to come by in Singapore,” he said.

i-Tech chief executive officer Leonard Yee (above pic, right) shared that during a phone interview with a Hong Kong-based online publication, he was told that many Western companies were actively looking for DC space in Malaysia.

“We were quite heartened by that, as it shows that we are slowly getting there,” he said.

When asked about the trend of many Malaysian companies choosing to host their data overseas, Tan said that they are aware of the problem and pointed to a program under Entry Point Project 3 (EPP3) of the Government's Economic Transformation Program (ETP), which aims to position Malaysia as a world class DC hub.

According to him, capacity is a one of natural growth as more business comes in, companies will expand accordingly.

In terms of capability, the agency helps with reducing the cost of training staff via initiatives such as the MyProCert certification program which is part of the Human Capital Development Strategic Reform initiative, a project also under the ETP.

To aid in credibility, the agency will provide funding for DC companies to undergo and acquire globally recognized certifications such as the ISO/IEC 27000-series (ISO27k) standards for information security management systems and Green Building Index (GBI) rankings.

“We believe it is a matter of perception that Malaysian data centers are not good enough but it’s starting to change,” he said.

Tan admitted that not much feedback has been received regarding the issues faced by local companies with DC players here.

Rizwal Zakaria, MDeC’s project manager for EPP3 Data Center, NKEA Business Services, said that a study has been commissioned to ask local clients why they were not leveraging on the services of local DC players.

“The study should be completed in November and we hope it will give us a better understanding of the market and its demands,” he said.

Tan added another potential reason for companies going south: “Singapore has much better telecommunications connectivity than Malaysia at the moment. There, I’ve said it!”

Yee said that cost was also a major factor which has been brought up many times, especially during the labs conducted by the Performance Management & Delivery Unit (PEMANDU).

“Singapore is kicking our butts on that, something needs to be done and MDeC is already looking at addressing it,” he said.

Tan concurred stating: “Our infrastructure is world class but some challenges need to be fixed namely in terms of cost.” 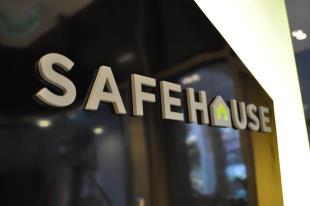 For i-Tech, a wholly-owned subsidiary and technologies arm of the Ireka Corporation, the decision to enter the data center space was driven by a need to find a new and sustainable business.

“The idea came from sitting in a bar having a drink and thinking of ways to expand the business. I mean, we could have sold boxes for the rest of our lives but it was not going to contribute much. A lot of money was invested in setting this division up by our parent company Ireka and we wanted to find a new and sustainable way of getting cash flow in,” said Yee.

However the i-Tech team soon realized that entering the data center space would require heavy investment with the first hurdle getting clearance from management to approve the project given the high capital expenditure and unusual location.

Tan said that typical investment for a DC can go from RM1,000 to RM 2,000 per sq ft or more depending on the tier.

Yee said the first major challenge in setting up Safehouse was the lengthy and exhaustive process the company had to undergo to be granted approval to set up a data center in a condominium building.

“We had a lot of consultants fly in from overseas, and even had an acoustics professor from University of Malaya. Those are the sorts of things we’ve had to do and pay for. It’s a big ask but I’m glad that we did it and made sure we built it properly,” he said.

Yee declined to give a timeline of the project from conception to completion but i-Tech chief operating officer K.B. Yap said: “Well, when we started developing the project, the 1 Mont' Kiara building was still at the lower ground floor!” Safehouse currently boasts 14 racks and upon completion of its subsequent phases, will have the capacity of approximately 100 racks in total.

Yee added that Safehouse is targeted at small and medium enterprise (SMEs) customers, rather than larger MNCs.

“Let’s be realistic, we’re a small player. The other reason we are based here as well is because we want to service the companies located within the area. We see a lot of potential especially with new developments such as Publika and the slew of companies residing here,” he said.

Safehouse currently has 10 clients on board, from industries verticals such as healthcare, media and IT, in addition to government agencies.

Yee shared that the revenue target for the first year of operations was RM500,000, with the company’s financial year ending in March 2013. “We are fairly confident that we can hit the target.”

The company is also applying for ISO270001 certification, which Yee considers a must-have for Safehouse in the quest to be taken seriously as a genuine DC player. It also aims to launch its cloud-based services for enterprise and SME clients by year’s end, whilst improving its carrier offerings.