IN A hyper-connected world, data is the new gold and it will be the wheel that drives the economy of nations.

Companies need to wake up because the race is on to monetise these large data sets, by analysing and gaining insights into hidden patterns, trends and other useful information.

“As a nation and industry, we must be aware that there is tremendous value to be gained from data. Whether you are a person, company or industry it is no longer an option to ignore the importance of big data analytics (BDA),” said Malaysian Digital Economy Corporation (MDEC) chief executive officer Yasmin Mahmood during the opening of Next Big Tech Asia 2017 which acts as the anchor event of Big Data Week Asia 2017.

Yasmin said MDEC wants to accelerate the adoption of big data in Malaysia and hopes to see an acceleration in the uptake and adoption of BDA next year.

“I am amazed at the level of our adoption by our startup community that has adopted a data first approach with companies like ServisHero and iFlix at the fore. But I also strongly hope to see more companies across industries, even those from traditional ones, use data to improve all aspects of their operations.”

She cited Top Glove as one of the local manufacturing companies that has taken the leap of faith by using BDA to enhance their output. They conducted a small pilot programme where they utilised sensors to monitor the mixture in the production of rubber, automating what was previously a manually-driven process.

Now that they have seen the tremendous benefit of a data-driven workplace, Yasmin hopes that similar companies will embark to modernise and digitise their processes.

Creating talent to support the industry

While there is greater awareness about BDA and its accompanying benefits, the biggest hurdle MDEC needs to clear, in its target to make Malaysia the leading BDA solutions hub in the Asean region, is to grow the number of data professionals such as data scientists, data analysts and data engineers in the country.

MDEC is driving this forward by way of a two-track approach towards creating more data professionals. One is by formally engaging with both public and private universities to introduce a data science module in undergraduate, postgraduate and non-ICT degree courses. To date, there are 29 local universities that are participating in this initiative.

The second track is through professional development programmes to enhance the existing workforce. This would be done through Massive Open Online Courses (MOOC) data science certification programmes via Coursera and DataCamp as well as through training partners like Asean Data Analytics eXchange (ADAX).

In an effort to accelerate the development of talent in the country, MDEC has joined with (ADAX) and several industry players to introduce the Data Star programme that provides a two-month intensive data science course that will focus on training them to be data engineers, data analysts and data scientists.

“The impact of BDA on all aspects of the economy is important so we must ensure that the entire ecosystem is building towards developing these precious new talents,” said Yasmin.

ADAX’s chief executive officer Sharala Axryd said, “We are focusing on creating awareness among parents that being a data professional is the sexiest job of the 21st century as the skill set is very much in demand. Just to give you an idea, the salary range of a data professional can range from RM4,000 for a fresh graduate to above RM15,000 for an experienced professional.”

Sharala elaborated that the skill set for a data professional is diverse as they need to have programming knowledge to build algorithms, knowledge of math to do modelling and at the same time they need to have the business sense to be able to translate the data sets they generate into solutions.

“With support from MDEC, we are confident that the Data Star programme will not only accelerate the growth of data professionals in Malaysia but also produce world-class talent that suits the demands of the digital world,” she said. 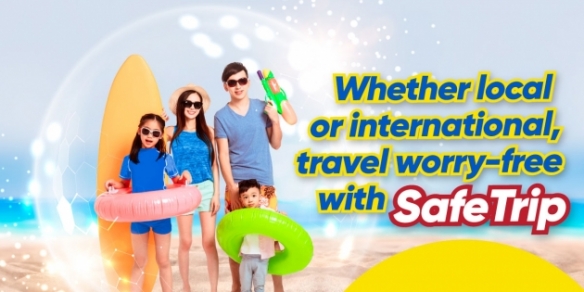