THE Malaysia Digital Economy Corporation (MDEC) on March 16 announced the performance results of MSC Malaysia for the year 2016. Malaysia recorded RM16.3 billion (US$3.67 billion, US$1= RM4.43) new investments with RM47.1 billion revenue generated, which is a 12% growth from 2015.

This 12% growth represents all the MSC companies, which number at about 3,000.

“Last year, we announced the highest record growth ever. It was a pleasant surprise that we were able to maintain this momentum despite the challenging economic landscape and hit a record high for the second time in a row this year,” says MDEC’s chief executive officer Yasmin Mahmood (pic above).

According to Yasmin, as the MSC numbers represent the healthy growth of Malaysia’s tech sector, a significant component of the digital economy, the results reflect Malaysia’s overall positive growth.

Of the RM16.3 billion, RM6.43 billion was from new investors in 2016, a 40% increase from the year before. In fact, the growth of domestic direct investment (DDI) and foreign direct investments (FDI) was even last year, with both being RM10 billion, which is a 40% growth each. This impact of this increase is expected to flow into this year to create 18,171 jobs for knowledge workers. The top destinations for export sales are Singapore, the United States, Germany, the Netherlands and the United Kingdom.

Tech-based exports are a key focus of Malaysia’s economy and growth was aided by FDIs from leaders in global cutting-edge technologies. Yasmin cites examples of Swiss company Luxoft, a leader in automotive high-end solutions that chose to locate its global hub in Malaysia, Australian Internet of Things (IoT) company Medicine that set up an IoT medical hub in Cyberjaya, and Japanese gaming giant Bandai Namco that set up its global hub for visual arts production in Malaysia.

“We only announced our intent to grow our games industry two years ago, so having a big player like Bandai Namco come in within such a short time is testament to our strategy being on point,” says Yasmin.

MDEC reports that the growth of export sales from local companies was higher than average last year – meaning they are showing more growth than foreign companies – with a 21% recorded export sales growth.

MDEC is already fostering the globalisation of local companies through its GAIN (Global Acceleration and Innovation Network) programme where it helps local companies scale by focusing on market growth, mentorship, funding and visibility.

One of the outcomes of GAIN is the Billion Dollar Tech Club, where companies with globalisation and scalability potential are identified and aided to reach billion-dollar revenue.

Besides the CCT cluster, the Infotech cluster showed 26% growth in export sales, recording the highest contribution to overall growth and surpassing the Global Business Services cluster. MDEC reports that despite uncertain economic conditions, 2016 saw a tenfold increase in investments for niche focus areas since 2014. The focus areas are: e-commerce; big data and analytics; cloud and data centres; and IoT.

These focus areas contributed RM3.7 billion to the total export sales last year, a 38% growth from 2015.

E-commerce has seen the highest growth, followed by big data and analytics, the latter of which showed a 20% revenue growth from 2015 to 2016. MDEC is looking to step up investments into the other two focus areas this year.

The number of SMEs in the country adopting e-commerce has been positive. In 2014, 6% of SMEs were reported as adopting e-commerce; this increased to 20% in 2016 and MDEC and SME Corp expect 32% of SMEs to adopt e-commerce this year. The National Strategic E-Commerce Roadmap has set a target of 50% by 2020, which Yasmin says is easily achievable.

“With the e-commerce roadmap in place, we believe that we can achieve this goal. MDEC is not sitting on our laurels; we will continue to drive the numbers and grow the nation’s economy through e-commerce,” she says.

Last year, Prime Minister Najib Razak called on Malaysians to embrace, explore and adapt to new areas of growth to accelerate the economy, calling 2017 the Year of the Internet Economy.

In light of this, MDEC reports that it will continue to drive sustainable growth of the digital economy by diversifying MSC Malaysia Cybercentres through the setting up new Digital Hubs, which will act as catalysts for further growth of a robust startup ecosystem.

“Digital Hubs are tuned to giving assistance to startups to enable them to flourish in a supportive community,” says Yasmin, adding that three Digital Hubs will be in operation in 2017. MDEC is expecting smaller value investments into the Digital Hubs, but a large enough amount of them to drive quick growth.

As for MDEC’s outlook on investments for 2017, Yasmin says that despite the overall global economic softness, there is still growth potential for the tech sectors. “Tech sector growth engines are many, so our key strategy is to ensure we are switching on the engines that Malaysia is primed for,” she says, referring to focus areas of investment.

“There are many opportunities in the tech world, it is just a matter of how quick and intensely we go after them. We are being cautiously optimistic.”

Week in Review: Healthy to debate state of startup ecosystem 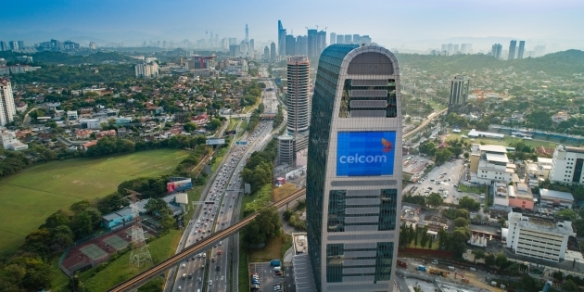