Malaysian mangrove IoT project could be a trailblazer: Ericsson THE Internet of Things (IoT) has been a much bandied about buzzword in the past year, but few projects have actually come to fruition.

Still, a pilot project in Malaysia has gained some traction and could serve as a model for other projects to come, according to telecommunications giant Ericsson.

In fact, this agriculture project in the district of Sabak Bernam in the state of Selangor could serve as a roadmap of how the IoT can take shape in Malaysia, according to Sebastian Barros, vice president for solutions at Ericsson Malaysia and Sri Lanka.

Located about 120km northwest of Kuala Lumpur, Sabak Bernam is an agricultural town and home to many mangrove swamps. Mangroves are a group of trees and shrubs that live in the coastal intertidal zone.

Mangrove forests only grow at tropical and subtropical latitudes. They are excellent plants to stabilise the coastline and reduce erosion from storm surges, currents, waves, and tides due to their intricate root system, according to the US National Oceanic and Atmospheric Administration.

The aim of the project is to rehabilitate and connect up to 10,000 mangrove seedlings by 2020. Over the years, the mangrove plants have eroded due to pollution of the river and other factors, he said.

Farmers have been trying to deal with this erosion but they have not been very successful as the planting of new seedlings is not efficient, according to Barros.

“Out of 100 seeds they plant, perhaps only 20 will survive,” he said, adding that Ericsson has come up with a way to use the IoT to help these farmers.

This involves planting mangrove saplings around sensors that will monitor critical information such as soil and weather conditions, as well as water levels.

The information is then compiled and sent directly to the cloud where any of the stakeholders – farmers, analysts, NGOs and the authorities – can access the data to gain a better understanding of the status of the seedlings.

This project is the first of its kind in Malaysia and is designed with the objective of helping the community through advanced technology such as the IoT, Barros declared.

“It’s about using the data – collected via sensors – to feed information such as the health of the trees, the pollution levels of the soil, how much water is rising and falling, soil temperature and other pertinent information. “By connecting such sensor data to the cloud, not only can farmers and the authorities – via mobile phones – access the data, but so can researchers to help address challenges,” he said.

Barros (pic) acknowledged that while Ericsson got involved in this project as part of its corporate social responsibility programme, he stressed that the company also believes in using technologies such as the IoT to help local communities and businesses.

This pilot project connected 400 mangrove plans to sensors, but there are plans to connect another 5,000 more, even those outside of Sabak Bernam.

“We are also trying to connect to more universities. Our initial thinking was to monitor mangroves but we are now talking to other researchers who are interested in working with us,” he said.

“This is part of Ericsson’s sustainability project that aims to improve the lives of the local people. We are going to set up a lab in Sabak Bernam to further study the impact of technology on agriculture,” he added.

Ericsson also believes that the mangrove project is a prime example of how cloud technology is “disrupting everything” in today’s world.

Barros said that the key to making such projects a success is to ensure that the cloud is not only useful but also “secure in every way.”

Acknowledging that the cloud is still perceived as not safe, Barros said this is where a hybrid cloud solution could help. With the hybrid cloud, companies could move non-sensitive information into the public realm while maintaining sensitive data on a private offering, he argued.

According to Qawa Darabi (pic below), head of the cloud business for Ericsson’s South-East Asia and Oceania region, one of the biggest challenges of cloud security is how to ensure the integrity of the data. “How do I know if the data have been changed, not compromised, or not accessed by someone who shouldn’t be doing so? And if something is accessed, how can I – as the data owner – know that it’s been done and who has done it?” he cited as examples of questions that are often asked.

Besides these, other pertinent questions centre on policy and data governance; how data flows; which applications can access other applications; and what kind of data resides in the public domain versus the private domain, according to Darabi.

Arguing that a lot of cyber-attacks are usually the work of an inside breach, he said the only way to mitigate this is to know about the metadata – information about the information – in real time.

“For example, if you’re uploading all these data from sensors [for the mangrove project], being able to answer all those [aforementioned] questions is the absolute key to make [the project] run successfully.

“If you cannot manage the integrity of the data, there will be a major issue.

“At Ericsson, we’re different from other data centre providers because we have built into our cloud offerings security features that are tightly integrated into our product portfolio,” he claimed. 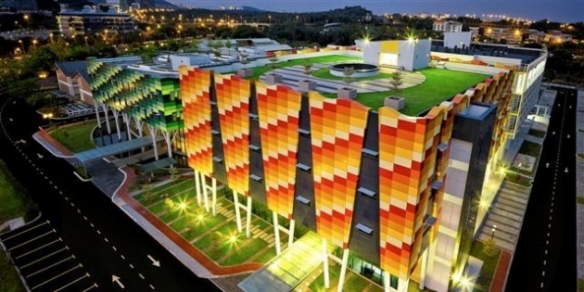