IN TWO weeks, Malaysia will host the ESL One Genting 2018.

For the second time running, Red Bull Product of Europe (Red Bull) is the official energy drink of the tournament and ESL One globally.

The collaboration follows after previous events such as ESL One Frankfurt and ESL One Cologne, with initial cooperation extending as far back to 2012.

The event, which is the first stop of the 2018 ESL One circuit will be held at the Arena of Stars, Resorts World Genting from Jan 26 to 28.

The Dota2 tournament will see sixteen of the best Dota2 teams in the world competing for a prize pool of up to US$400,000 (RM 1.5 million).

In this year’s edition, the world’s top eight teams will cross swords together with an additional eight teams from the qualifying rounds.

Defending world champions, Team Liquid, fresh from winning The International 7 tournament which bagged them a cash prize of US$10.8 million, will have their work cut out as other top teams like NewBee, Virtus Pro and Fnatic are chomping at the bit to dethrone them.

In addition, Malaysian players Ah Fu (LFY), Nana (Fnatic), MidOne (Secret) and Mushi (Mineski) will have homeground support as they battle their way to glory on an international level. The event marks the second time ESL One has graced Malaysian soil and is slated to be one of the biggest e-sports events in Southeast Asia.

Red Bull is collaborating with Acer Predator to entertain the attendees on the ground with fun and interactive activities such as 1vs1 challenges with local DotA2 personalities and e-athletes.

There will also be a virtual reality experience and a huge screen for live viewing of the main tournament outside the arena and many other activities with limited edition Red Bull and Acer Predator merchandise up for grabs.

In the finals, Digital Chaos defeated Newbee 3-2 in a very close encounter to win the tournament. The 3rd place went to The International 2016 champions, Wings Gaming and Virtus.pro.

The main event of the tournament took place at Arena of Stars, a musical amphitheatre with a capacity of around 6,000 seats.

To find out more about ESL One Genting 2018, competing teams, players, updates along with related stories, please visit www.redbull.my/eslonegenting 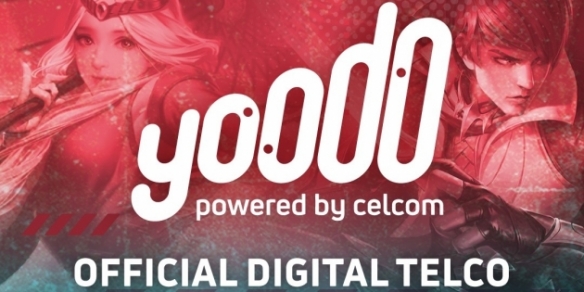