AFTER a 16 year break, and chairing a meeting that would have brought back strong memories of his days championing Malaysia’s drive to be a technology savvy powered nation, Mahathir Mohamad, Prime Minister of Malaysia, didn’t miss a beat in the 3 ½-hour long 30th MSC Implementation Council Meeting (ICM).

The dronetech sector is estimated to generate a value of US$127 billion by 2025. Currently, several Malaysian companies are already global leaders within the international dronetech market.

The establishment of a Future Innovators Academy – an educational component that builds upon MDEC’s successful #mydigitalmaker programme – has also been proposed. This platform will look into providing close industry mentoring to secondary school students from 2021 onwards with an initial cohort of 100 young innovators. Similar to the #mydigitalmaker programme, this initiative aims to produce skilled talents who are equipped with strong tech, entrepreneurial, and communication skills.

MDEC will lead the implementation of the plans, underpinned by the national theme of “Driving Growth And Equitable Outcomes Towards Shared Prosperity”, which was recently unveiled in Budget 2020.

The ICM also saw the attendance of 10 Cabinet Ministers and relevant agency heads, highlighting the importance the government is placing on the nation’s digital economy to drive shared prosperity.

“The last time I chaired the ICM was in 2003. At that time, we were already forging ahead to transform Malaysia into a regional technology leader. I am pleased to see the evolution of MSC as it grows in strength, netting a total investment of US$77.4 billion (RM325 billion), of which 44% are foreign investments,” Mahathir shared.

Currently, the Malaysian digital economy, on average, has grown 9% annually in value added terms between 2010 to 2016.

Statistically, this is faster than Malaysia’s overall GDP growth, highlighting the country’s digital economy as a growth source of expansion. “Even as Malaysia has developed a strong base in ICT and digital technology that will eventually become a major force in the country’s economy, more needs to be done. The next generation is very unlike the one who started with MSC in 1996. To progress rapidly, it is important to have a new coordinated approach between ministries and their agencies to ensure MSC continues its original vision of creating a digital utopia,” Mahathir added.

Beyond the new initiatives, MDEC is also tasked with the creation and maintenance of a National Digital Skills Register. This registry will act as a guide for life-long learning initiatives that specifically targets Malaysians who are facing challenges in the job market. “As we near 2020, and with MSC Malaysia on the cusp of celebrating its silver jubilee in 2021, I am sure MDEC will continue to live up to its mandate to lead the digital economy and leapfrog Malaysia into the Fourth Industrial Revolution. It is time for Malaysia to be an Asian Tiger once again,” Mahathir added.

According to Surina Shukri, MDEC CEO, this year’s ICM reinforces MDEC’s role in driving the digitial economy forward through its various on-going and upcoming initiatives for the rakyat, industry and investors.

“MDEC is primed and ready to elevate Malaysia as the preferred digital economy for investments and tech talent in the region. The end-goal is to establish Malaysia as a regional digital powerhouse in the era of the Fourth Industrial Revolution and ensure the digital economy will drive shared prosperity for all Malaysians.” 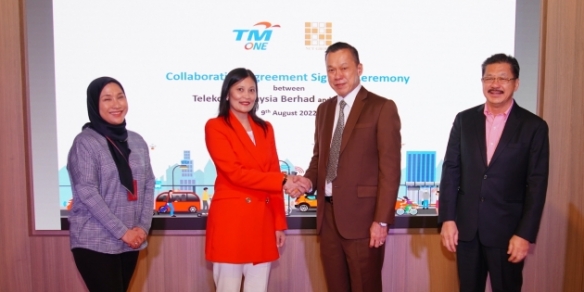