THE National ICT Association of Malaysia (Pikom) has expressed concern over the issues highlighted in the information and communications technology (ICT) space, from the recently released Global Competitiveness Report 2012-2013 by the World Economic Forum (WEF).

Pikom chairman Woon Tai Hai (pic, left) said that in particular, the low level of technological readiness, with Malaysia ranking 51st, was of concern along with the rate of ICT adoption.

“We believe that there are many challenges that need to be overcome, and this will be a key focus moving forward especially with only eight more years to go to achieve the nation’s goal of being a high income economy by 2020,” said Woon.

He was speaking during a press conference after the launch of Pikom’s National ICT Month 2012, themed “Innovation for Digital Opportunity”, at the Kuala Lumpur Convention Centre.

However, he was quick to add that he believes it was not a question of a lack of strategy or plans, as the government has already put in place initiatives such as the Economic Transformation Programme (ETP) and Digital Malaysia programme.

“It’s a question of ‘can we execute these plans fast enough?’ Perhaps we have been a bit slow in that regard, falling behind not because we don’t have a vision, but because we have not been as quick as the others in execution.

“The show must go on and ICT industry is eager to get things done and to do our part to help improve the ranking.”

As part of the month’s activities, Pikom has organized two signature events namely the Pikom Leadership Summit (Sept 27-28) and Smart Sourcing Summit (Oct 10 – 11). The Leadership Summit is now in its fourth year and will be held at Hotel Istana in Kuala Lumpur.

The first day of the summit will feature a panel discussion on the National ICT roadmap and Digital Malaysia plan. Topics on e-commerce, mobile and social media will feature heavily on the second day of the conference.

“The highlight of the summit will be the release of our ICT Strategic Review, with this year’s edition featuring a detailed pullout dedicated to Digital Malaysia along with a new section on data privacy and the legal implications,” said Pikom president, Shaifubahrim Saleh (pic, right).

On what was on the association’s wish list for the upcoming budget, Woon said that key items submitted this year was the proposal to resurrect a PC purchase scheme, funding to address the lack of market surveys and statistics to aid industry growth along with the cost, coverage and quality of broadband in the country.

“We remain committed to our stand for the government to establish a single ICT ministry but have not included that in this year’s proposal in favor of more pertinent issues,” said Woon. The launch event today (Sept 7) also kicked off the World Cyber Games Asian Championship 2012, the first time the regional gaming competition has been hosted in the country, and the Digital Lifestyle Expo, a showcase of lifestyle gadgets and applications.

“The Ministry continues to support the remarkable work done by Pikom, which has played an important role in setting the stage for local companies to succeed and to forge ahead confidently in the ICT arena,” she said. 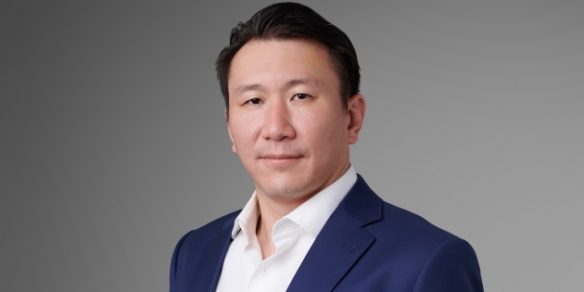