OVER 700 attendees made up of developers, publishers and academicians attended Malaysia Digital Economy Corporation (MDEC)’s Level Up KL 2017 Conference.

Now in its third year, MDEC says that the conference is among the largest games development conferences in the region.

Indeed, Level Up KL this year is exploring the prospect of cross-border alliances with regional associations. In attendance were a number of game developers from across Southeast Asia including Indonesia, the Philippines and Singapore.

“One of the main foci for this year’s conference was to regionalise what we are doing at Level Up KL,” said MDEC vice president of creative content and technologies Hasnul Hadi Samsudin (pic, above).

During the conference, MDEC made several announcements with its partners from around the region as part of its efforts to build a vibrant ecosystem for the regional games development industry in Kuala Lumpur.

MDEC was proud to announce its cross-border collaborations with game associations and partners from Japan, Taiwan, the Philippines and Indonesia. Hopefully, this will see the countries working together to drive greater content creation business through talent development, ecosystem funding and global outreach.

The incubator, a joint collaboration between MDEC and UOA Group, aims to provide comprehensive support for talent development and business enhancements thanks to technology and games partners like Google, Sony Interactive Entertainment and Unity Technologies.

The biggest announcement of the conference came from Sony Interactive Entertainment’s head of product management Arata Naito who said that the company sees high potential in Malaysia and will be providing Level Up Inc with PlayStation 4 development kits to encourage Malaysian developers to create more games for Sony’s home console. 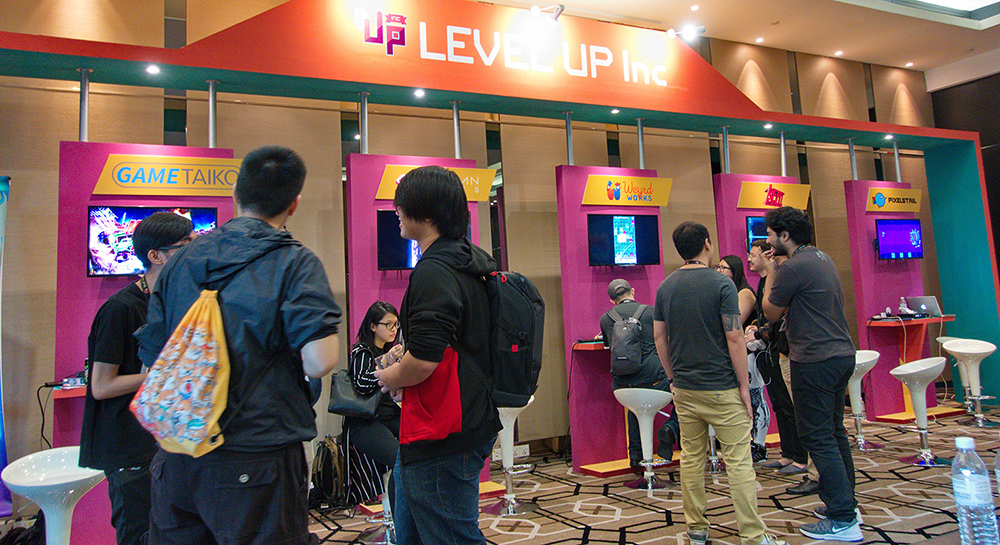 This year saw the introduction of the Southeast Asia (SEA) Game Awards where MDEC hopes to position the region as a serious global player and provide countries around the region with an opportunity to showcase their games.

“The games industry in Southeast Asia is unique as each country possesses their own characteristics and capabilities. In the long run, we expect to see larger international studios and publishers looking at Southeast Asia for its human capital and coming on board as active investors,” said Hasnul.

Organised by MDEC and supported by Media Prima Labs, the SEA Game Awards received a total of 75 submissions from indie game developers, studios, game publishers and students, with 30 games shortlisted as finalists. This included games that are both published and unpublished.

Each category winner received a trophy from MDEC and a one-year Adobe Creative Cloud Software subscription sponsored by Adobe.

With the theme of learning, connecting and levelling up, this year’s conference is bigger than last year as it stretched across six days compared to last year’s four.

Featuring over 60 speakers from leading industry brands including Epic Games, Naughty Dog and Marvel Entertainment, they touched on a broad range of topics that covered both the business and technical facets of the games industry.

Among the topics discussed during the panel sessions at this year’s Level Up conference was the subject of funding options within the game industry for studios. pitchIN co-founder Sam Shafie dispelled the myth that it is a one-way street between investors and game developers as it is very much a two-way conversation to see if an investor is the right fit for a game developer.

Research house Media Crate’s principal analyst Sho Sato also presented an enlightening look at emerging game markets particularly in Africa, Saudi Arabia and Latin America; how each region takes its own unique approach to encourage the development of games in their respective markets.

But beyond the talks on developing games as a form of entertainment, the keynote address on the future of virtual worlds by Epic Games’ director of education and learning resources Luis Cataldi took a look at how real-time game engines like Unreal are making a splash across different verticals like architecture and engineering as well as traditional media and TV.

Having worked in the film industry where a single frame of a feature-length animation film can take hours to render, Cataldi explained that a lot of time can be saved and more creative potential abounds with tools like Unreal engine.

Malaysia pivots digital economy with a caring and inclusive budget