THE Malaysian Software Testing Board (MSTB) recently hit a new milestone in its mission to improve the quality of software developed in Malaysia to be of international level.

During its software testing conference Softec 2014 in September, it received the MS ISO/ IEC 17025 accreditation for its certification laboratory, which undertakes the task of testing and evaluating software under the Quality Software Product Certification scheme or QS.

The accreditation was awarded by Standards Malaysia, the national standards body. With this accreditation, the laboratory, which MSTB calls System Laboratory, is now formally recognised for the expertise and competency of its staff, management systems, procedures, equipment and facilities – based on independent third-party assessment.

To MSTB president Mastura Abu Samah (pic above), this marks another step in the industry-driven body’s mission to raise standards in software quality assurance and to promote software testing as a desirable profession.

The mission to increase the quality of software developed from Malaysia, and in tandem, catalyse Malaysia from being a user of software to a producer, is centred on MSTB’s 2010 launch of the QS scheme.

MSTB is using the QS to help inculcate a quality culture among Malaysian software companies and in turn, hopes that this will help grow Malaysia’s software industry.

Inspired by South Korea’s success, MSTB has partnered with the Korean Testing Laboratory (KTL) one of the certification bodies for Good Software (GS), that nation’s national software certification scheme.

Mastura cites the impact GS has had on the South Korean software industry where, since its launch in 2001, it has proven to be an effective form of ‘intervention’ to seed rapid improvement in the quality of South Korean-made software.

Coupled with supporting policies set and practised by the South Korean Government, the GS scheme has been a contributor that helped grow that country’s software industry.

Mastura hopes to see a similar impact in Malaysia from the various programmes MSTB is driving. The international accreditation received by its System Laboratory that in turns strengthen its QS scheme,is another step in this direction.

A familiar refrain from Mastura is the reality that as globalisation deepens, and with Malaysia being one of the top 20 trading nations in the world, its companies have no choice but bring themselves up to international level to survive and thrive.

Having quality products is no longer optional, it is a hygiene factor today, she says.

MSTB is hoping Malaysian software manufacturers and sellers can leverage on the ISO standards accreditation received as their products that receive the QS certification will have this global stamp of quality.

“They must show that they are competent and are supported by this third-party recognition,” she urges.

While the certification is for a three-year period, there are yearly assessments to ensure all the processes and quality controls are being maintained and that the competencies of the people running the lab is continually enhanced, Mastura says.

She also stresses the point about how high the standards have to be for this ISO certification for MSTB’s lab.

Meanwhile, Mastura also points to a commercial opportunity that awaits Malaysian companies which go into the software testing business.

Sharing that the market for software testing in Malaysia is around US$122 million (RM400 million) a year, that opportunity currently is not being captured as there are hardly any testing labs run by Malaysian entrepreneurs.

As a result, this market is currently dominated by non-Malaysian companies, especially those from India.

One big market for software testing are Malaysian banks which send a lot of business to non-Malaysian testing providers, Mastura argues.

Currently, according to Standards Malaysia, only MSTB and Mimos Bhd have this ISO/IEC 17025 accreditation. Mimos is Malaysia’s national R&D centre.

If this market opportunity is not enough, Mastura offers a carrot to Malaysia companies: “We are looking beyond the Malaysian market and are talking to the South Korean Government on a G2G (government-to-government) basis to enable its accredited labs and ours to offer software testing services to each other.

“After this we are going to talk to Japan and Europe,” she says, adding that “we want to raise the bar [for software testing] and put Malaysia on the global map.”

Private sector participation is critical for this, and acknowledging the concerns of the private sector over a government-supported entity as MSTB offering its services here, Mastura argues that MSTB has been “very transparent from Day One.”

Going into software testing was a way to prove to the market that such a service is commercially feasible for Malaysian companies despite the competition from global companies.

The moment Malaysian companies can provide similar certified testing services, “we will support them [through experience and expertise sharing] and will not compete. So I hope other companies will open up testing labs too and leverage on what we plan to do on an international context via the G2G platform,” she adds. 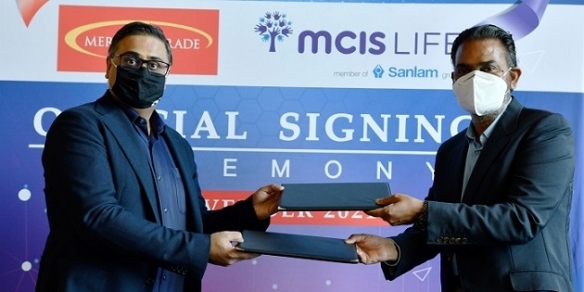