INTELLECTUAL property (IP) is still relevant in today’s digital era, and is something everyone should consider: These were among key messages highlighted at a roundtable discussion organised by Agensi Inovasi Malaysia (AIM) and Digital News Asia (DNA) last Friday (March 7).

“IP in this digital age is still very much relevant; in fact, it is even more relevant today,” AIM senior vice president of Strategic Initiatives and Funding Dr Viraj Perera said during the discussion themed IP in the Digital Age: Is It Still Relevant? in Kuala Lumpur.

Viraj, who is also AIM’s head of innovation business opportunities, cited a few key examples why IP is still relevant and a potential game-changer for companies today.

The examples included Google Inc’s US$12.5-billion purchase of Motorola Mobility in 2012; Twitter’s US$36-million purchase of IBM patents; Facebook’s acquisition 750 patents from IBM; and Nortel’s sale of patents to a consortium for US$4.5 billion, and more.

These acquisitions were vital for those companies, which are trying to stay ahead of the competition as well as to fend off lawsuits.

“Looking at what’s going on out there, especially in the commercial domain, where IP is core to creating value, IP is still relevant. However, there are concerns and challenges – from academia and in terms of knowledge sharing,” said Viraj.

University Malaya Centre for Innovation and Commercialisation director Prof Dr Rofina Yasmin Othman concurred with his views on the challenges and concerns.

She said that the sharing of knowledge within academia was actually decreasing, as academics in Malaysia have had a set of key performance indicators (KPIs) imposed on them that may discourage sharing.

“These KPIs include developing patents; commercialisation of patents, and others. Because everyone needs to claim IP due to the KPIs, so the sharing is becoming less. How are we to advance innovation without sharing data and IP?” she posed.

He cited Google as an example. Last December the search engine giant acquired Boston Dynamics – an engineering company which designs robots for the Pentagon – for an undisclosed amount. It was also the eighth robotics company it acquired in 2013.

“So, what is the next big thing? Is it the Internet of Things? One thing is for sure, these companies are preparing themselves for the next big wave,” said Goh.

Mimos Bhd head of IP management and strategies Azimah Abdul Kadir said that her attention was not so much on patent buyers.

“Instead, I am more interested in the sellers. What technology are they working on now? What are they creating?” she said. 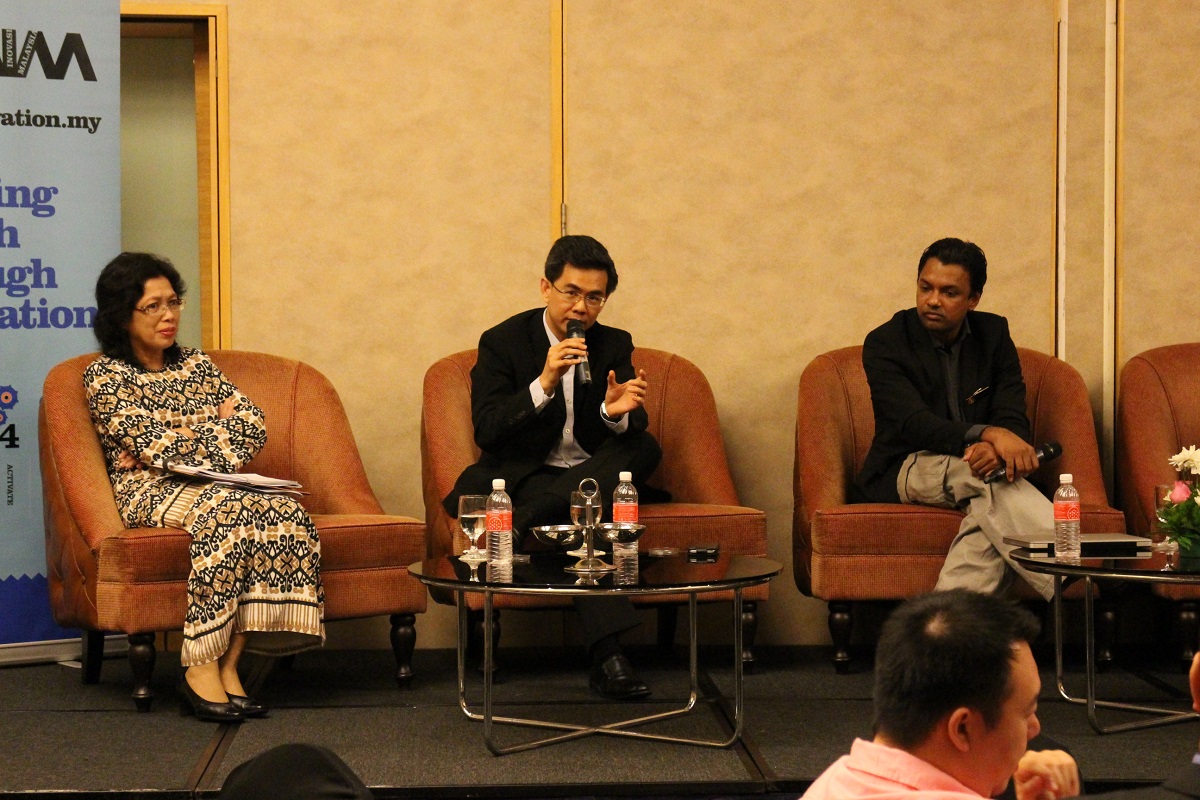 While the IP-acquisition examples may have painted the picture that IP is a game for the big players, IPI Singapore’s Goh believes otherwise.

“I think these (acquisition) examples showed one thing: That these companies did not invent all these IPs themselves,” he added.

He said that just early last week, two companies  – which offer waterproofing services to the construction industry and are rivals – came to IPI Singapore with the intention of forming a third company jointly for the purpose of finding a new waterproofing formulation.

“In today’s digital age, the world is getting faster. Consumers and your competitors are getting the same information as you. You leverage on the network you have and leverage on each other’s strengths to get your product out there,” he said. During the roundtable discussion, the participants also voiced their concerns about the cost of seeking consultation on IP and patenting, as well as the cost of protecting IP.

While AIM’s Viraj agreed that such consultations may cost some money, there are things that entrepreneurs can do on their end to minimise these costs, he said, sharing his own experience.

“I had a business plan in mind, but I had no idea how to move forward. So I partnered with another researcher.

“What did we do? I worked my way through on how to write a business plan; and how to conduct market research and identify an unmet need out there in order to come up with some new invention that could serve that unmet need,” he said.

Viraj added that one of the biggest challenges was around the IP.

“This included identifying what the patent was; how patents are drafted; the expenditure; getting the funding – it is a lot of background work that you have to do yourself.

“You can spend the easy money, if you have it, on lawyers and consultants to get an opinion. Or you can use free database that are available out there on the Internet,” he said.

The roundtable also raised the question of whether Malaysia should implement stricter laws to protect IP.

“The United States is the only country in the world that has IP as part of its Constitution,” said KASS International founder and director P. Kandiah.

KASS International is a law firm specialising in providing advisory and consultation services in all IP issues.

All pictures courtesy of MediaSaya, which also provided live-streaming of the event.

Is intellectual property still relevant in the digital age?

IP management at NUS is no walk in the park