IP management at NUS is no walk in the park “WE are pretty brutal when it comes to which research from our faculty gets support for a patent filing,” says Irene Cheong, director and industry liason officer at NUS Enterprise, the technology licensing office of the National University of Singapore.

“We drop it if no-one is interested, but for all the technology that we support for a patent filing, we are very aggressive in pushing those IPs (Intellectual Properties),” she says, speaking at the IP Valuation conference hosted by the Intellectual Property Corporation of Malaysia (MyIPO) from Nov 6-7.

It’s nothing personal. Actually, Cheong’s office does not even make the decision. That is made by the market and is based on pure logic.

“Any IP is only valuable if someone is willing to pay for it,” she points out.

Simply put, any piece of technology put up for patent filing which does not get industry interested and willing to work with the researcher, will not be supported by Cheong’s office for a patent filing.

Because NUS Enterprise follows the US patent system of ‘first to file,’ this first step is to apply for a provisional filing, or what Cheong describes as “putting a stake in the ground” or in more colloquial terms to ‘choppe’ it,” she says, using a Malay word that means to book something first.

This gives the filers the right to say they have a “patent pending.” This gives NUS Enterprise 12 months to gauge market interest in the technology. At this stage, Cheong’s office goes into overdrive to gauge if the technology has any market value.

This includes a combination of highlighting it online through its own portal, and tapping its pool of mentors and advisors.

Cheong shares that this group is a great resource to gauge if a technology has the potential to be patented or find a ready market. “We also rely on our alumni and find that, combined, all three provide a quick and dirty way for us to gauge if it is worth the while to patent.”

She notes that frequently an email introduction from a mentor, advisor or alumnus acts as a powerful door-opener. Time is important because they initially have 12 months to decide if they want to move from having a stick in the ground to the next level.

This next level, in the case of NUS Enterprise, is to file an international application under the PCT (Patent Cooperative Treaty), which then buys it a further 18 months while the application is investigated across all the 148 countries that are signatories.

Note that the PCT filing does not result in patents being granted. It is just an efficient and cost-effective process in which one patent application is investigated across many countries.

During this time, NUS Enterprise will still vigorously pursue all avenues to gauge the value of the technology.

According to Cheong, going for major conferences is another very effective way to learn about the relevance of said technology on a global stage. “Everybody converges at these events and you get lots of opportunity to take part in matchmaking events and just talk about your technology and hear what others have to say.”

NUS Enterprise uses this time to decide on filing for an invention disclosure which sets the wheels in motion for the claims of the patent to be investigated and granted if indeed proven to be something unique.

This calculative approach through which all the technology developed by NUS researchers has to pass is borne by the university’s experience where most successful commercialisation instances of academic research comes when faculty reaches out and engages with industry early in the research cycle.

It is also borne out of the reality that a large IP portfolio is expensive to maintain. On its part, NUS Enterprise files 300 invention disclosures a year.

It should be noted that being filed is not a guarantee to getting a patent approved. 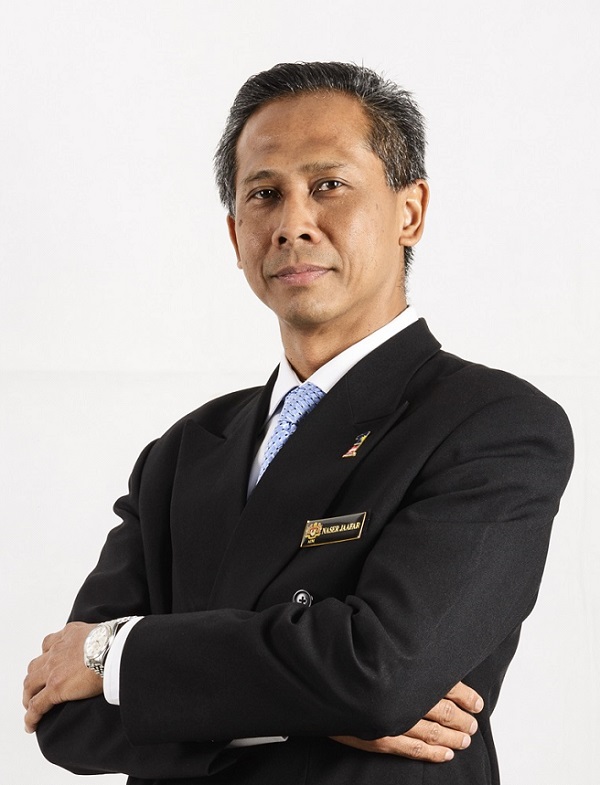 That is probably a blessing in disguise as Cheong notes wryly, “most universities suffer from having solutions to problems.”

Nothing wrong with that except for the fact that “we don’t know what the problems are,” she exclaims – hence the university’s practice of getting faculty to work closely with industry.

Cheong’s observation here struck a chord with Naser Jaafar (pic), executive vice president of strategic initiatives and funding at Agensi Inovasi Malaysia (AIM), who observed that Malaysia was facing the same situation where “we have many supply-driven innovations (R&D from universities) but few demand-driven’ innovations (solutions to fix problems from industries).”

Stressing that there needs to be equilibrium between supply- and demand-driven innovations, he says that to achieve this, “AIM and the Multimedia Development Corporation (MDeC) have launched the Researcher Apprentice Programme (RAP), where researchers will be given some funds to work in the industry to understand its needs and deliver the right solutions.”

MDeC is the national ICT custodian, overseeing both the Multimedia Super Corridor project to develop the industry and the Digital Malaysia programme which aims to transform Malaysia into a digital economy.

Being a new programme, RAP’s effectiveness has yet to be measured.

As for NUS, while the process it goes through before deciding to put its weight behind a patent application may seem very rigid, the university ensures its researchers are amply incentivised. It only takes 5% equity in any spinoff company formed from campus research efforts.

Meanwhile, some of the challenges that exist in the Malaysian academic scene are also present in NUS, in particular with the natural wariness with which academia views the profit-focused private sector.

But this is where Cheong and her team of 12 at NUS Enterprise come into the picture, working to build a bridge of trust that both parties can meet at and benefit from, although it is not easy, she acknowledges.

Next up: The experience of a Malaysian technology licensing office