Internet governance: Time for Asean to step up: Page 2 of 2

The thing about consensus The need for such conversations about governance to spread beyond just civil society and specific ministries cannot be denied.

However the notion of consensus, even for the business delegation at IGF, seems tough to achieve.

Asked about whether he believes a single platform for achieving consensus remains a feasible approach, Alhadeff admitted that on many issues, there is no coherent business position.

Using the issue of Net neutrality as an example, he said that there was a coherent position demonstrated at this year’s NETmundial.

NETmundial – otherwise known as Global Multistakeholder Meeting on the Future of Internet Governance – was held in April in Sao Paulo, Brazil.

The meeting was a partnership between the Brazilian Internet Steering Committee (CGI.br) and /1Net, a forum that gathers international entities of the various stakeholders involved with Internet governance.

“At NETmundial, we actually had a coherent business position and the position was neither side of the Net neutrality debate thought NETmundial was the appropriate place to resolve it,” said Alhadeff.

He said that from the business position, there is recognition of the issue’s importance, and ICC worked with the Brazilian organisers and civil society to break out a number of issues that are inherent in Net neutrality – such as security and traffic management – and dealt with them in paragraphs of text that were not on Net neutrality but on some of the sub-elements.

“So NETmundial was an example of business coming together with stakeholders, although we couldn’t get to where some of the stakeholders wanted to be – which was a coherent position on Net neutrality.

“It’s not only business that does not have a coherent position because governments don’t have that position [either], and it is not entirely clear that such cohesion exists across civil society.

“But we were able to move some of the topics forward at NETmundial,” said Alhadeff.

“What happened at IGF this year is that people were able to take various elements of Net neutrality and discuss them in depth, and it turned out a lot of people said ‘You know what, I don’t really understand this dynamic about this topic, or we need more research on this.’

“When you take these elements, you have a valuable output in and of itself. You don’t need to have a document to have output, you need to have learning, something that someone can take away,” he added.

Alhadeff said that in many ways, on complex topics with no consensus, forums such as the IGF provide the stepping stones to consensus.

“Because it’s those incremental improvements that make you realise that sometimes you’re talking past each other and not to each other, and it’s only when you’re in the room with all the other players that you can do that,” he said.

Alhadeff said that it informs the business-to-business discussion as it helps clarify that as well.

“If you have a thousand viewpoints trying to come together, it’s much more difficult than trying to reconcile three or four,” he said.

The wonder that is IGF

The IGF, which advocates and provides a platform for a multi-stakeholder approach to Internet governance issues, is in its ninth year, and already showing some cracks, with dissatisfaction over its proceedings.

The Istanbul-hosted event saw the organisation of a shadow conference called the UnGovernance Forum that sought, among other goals, to speak freely on issues affecting the host nation – freedom of expression, censorship and an open Internet.

However, in Alhadeff’s eyes, having been a participant from the start, the very fact the IGF exists is a wonder in itself.

“The very fact of an IGF is now taken for granted. When it started, the idea of multiple stakeholders coming together in a collaborative way, where they were each organiser and there on an equal footing, was just unprecedented,” he shared.

To Alhadeff, the IGF is maturing through the normal inflection points of growth, where you first exist then validate the fact that you’re existing, a process which takes three to four years. After that, you start to see agendas cropping up with more interesting and broader topics.

“And you start to have a learning curve in terms of how to organise those topics, maybe having 17 sessions at the same time wasn’t such a good idea.

“You start to learn that maybe less is more, and you start to adjust the way you do the logistics of the operation. You start to have a better plan of how to organise an IGF, and it starts to grow.

“You start with 800, then 1,000 people. This year, more than 3,000 people attended IGF, which is a big achievement. You start to then get to the margins of what is a useful number,” he said.

Then the next stage kicks in, which centres on the concept of moving the knowledge from IGF back home. The stakeholders are just starting to work on that problem.

Alhadeff said that the IGF has great content, but the content has not been as portable as it could have been. Efforts are now focused on the concept of best practices and output, along with the proliferation of national and regional IGFs.

One of things ICC has suggested as an improvement is for IGF to go toward an omni-directional communications approach across the national, regional and global IGFs – and not just a national or regional IGF organising itself, or communicating back to the main IGF some of its priorities.

Or, for that matter, that IGF should be able to repatriate information back to the national IGF, but that they should be communicating with each other.

Not unlike a diagram where everything connects to everyone and everything else.

“It doesn’t increase complexity, it actually increases cohesion. Consider it like creating bonds with each group that bind them together, rather than a traditional organisation chart that adds layers of complexity,” said Alhadeff.

“Some are suggesting they want organised documents and all, but when you start adding bureaucracy, you become not IGF but the United Nations.

“No offence to the United Nations and the work they do, but we are not them and being them makes us less nimble, less broad-based and less responsive to stakeholder needs – all the things we were designed to be,” he added. 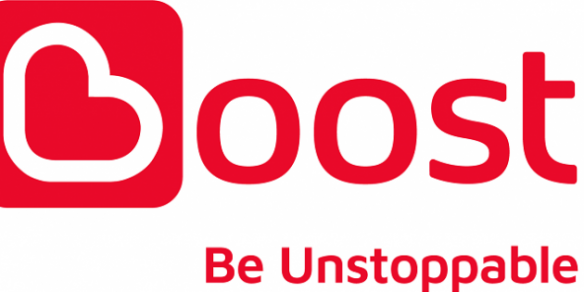