Innovating for the greater good while raking in riches “I WANT to be part of a transformation about stimulating our youth to think about how innovation can be purposeful and beneficial for society,” said Professor Virginia Cha, delivering a talk at the launch of Sunway iLabs Makerspace.

Cha’s talk entitled ‘Restorative Innovation: Innovations Designed to Restore Health, Humanity and Environment’ covered her research and development of “an innovation economic model that shows a predictive way to create value from your innovation that benefits the environment.”

Opening her speech, Cha compels the audience to think: “Why is it that what’s good for us is so unaffordable?”

To drive her point further, she showed the audience a side-by-side price tag comparison of an organic and mass produced version of a bell pepper, presenting the fact that the organic version was priced five times higher.

Refusing to simply accept the price disparity as status quo, Cha set on a quest to understand and address the situation. She spoke of her experience when visiting the Philippines: “I came across a farmer who couldn’t even afford to buy chemicals and pesticide for his crops. His produce is about as organic as it can be in terms of production, and yet it is not labelled as such.”

Interestingly, Cha found that the farmer’s produce was priced lower because it lacked aesthetic value. “The reason why organic vegetables cost five times more is not because it costs five times more to grow, but it is the cost of getting the produce certified as organic by other intermediaries.”

At the end of the day, Cha says: “The organic label doesn’t matter. The end consumer just needs to know that the produce they’re buying is healthy.”

Listening to her speak, it is apparent that Cha cares deeply for the environment and the quality of life we live. She gave an example of a ride-sharing bike company creating wastage and negatively impacting the Earth, in acting on their intention to grow the company.

“We see venture capitalists (VC) and entrepreneurs chasing after wealth and market share. These companies spend VC’s money to purchase bikes and spread them to rapidly expand. But we forget that these bikes are made of minerals and iron resources which we extract from the earth.”

Cha highlights an important point which we as consumers do not think about: “Often, we forget that in paying for something, we are only paying for the cost of extracting the resources used, not the cost of replacement.”

She adds, “If we truly understand the cost of replacing the resources we take from this earth, we will rethink the way we consume. We will rethink what is important to us as innovators and entrepreneurs.”

Because of her involvement in the discipline of entrepreneurship and innovation, Cha decided to tackle it from this standpoint. “That is the community that I have some influence over. I started developing and researching a model around which we can really stimulate conversations about how we can do good for the environment – with innovation, entrepreneurship – and create value for the earth and entrepreneurs.”

She said that her model was not only meant for social enterprises. “I admire them but there is a constraining factor in that it is difficult to scale – but if there is an innovation model that can scale and create value for the innovator and society.”

How to innovate for the greater good?

Cha’s theory is based on a pre-condition that “we all possess the latent need to do good, reduce harm to the environment and be healthy.”

Explaining the current situation we live in, Cha says: “Because the world is configured around mass production with goods that are cheap, fast and efficient, the entire supply chain is devoted to optimising the process. The other part that is good for us remains niche, unaffordable and unattainable to many of us.”

To overcome this happenstance, Cha proposes that the price or value equation has to change. “That is the challenge for entrepreneurs,” she says.

However, her model proposes a feasible way to overcome this difficulty. “While disruptive innovation may begin with low costs, restorative innovation is the opposite – it starts off with high relative cost and over time increases in performance to reach mainstream.”

Cha explains that restorative innovation starts with high costs that are way beyond affordability due to scarcity, an inefficient supply chain as well as demand and economies of scale.

“These are the areas to innovate around. To overcome scarcity, innovate around removing the limitation of resources with inherent inefficiency or capacity.”

As for the supply chain, Cha goes back to the example of organic vegetables costing five times more than the mass produced versions due to the cost of certification. She suggests innovating to bridge the trust gap: “With all the tech around traceability and blockchain, there has got to be a better way than to pay an expensive price for an intermediary to put on an organic stamp.”

Another factor in reducing the prices for quality products is to increase demand and economies of scale. Cha clarifies that the idea is to bring down the prices to an acceptable range, which based on her research is at a 30% to 40% price premium: “I don’t mean cheaper than or as cheap as mainstream. The key point isn’t to replace or disrupt mass production.”

Being passionate about businesses that are good and healthy, Cha invested in a company called The New Luncher. The Singapore-based company also has a presence in Hong Kong delivering fresh lunchboxes to schools with sustainably sourced and healthy ingredients. “Nothing fried, no added sugar,” Cha stresses.

Using The New Luncher as an example, Cha explains that feeding children with healthy food such as broccoli and steamed salmon teaches kids what food should taste like. “If you start with young kids and teach them what good food is, it changes their palate and that’s what they will demand when they grow up. Although it’s a long haul, it could change the price equation by increasing the demand for good food.”

She concluded her talk by challenging young people to ideate and innovate to make a difference to people, the environment and health. For funding opportunities for impact innovation, Cha suggests looking to family offices. “They operate differently from traditional VCs. Although they seek a return on investment, they are also keen on making an impact.”

“If we can get the young to think about innovation to help the earth while creating significant value for themselves, then we have really done our job as educators,” she believes. 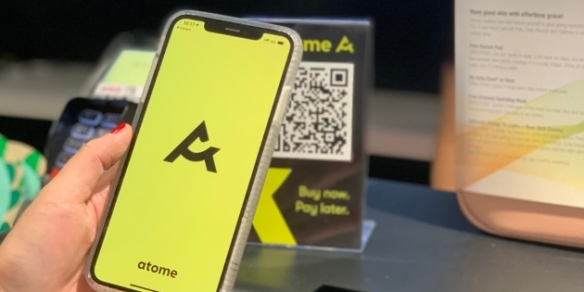