INDONESIAN Chamber of Commerce and Industry (Kadin), Blockchain Association, Agency for Creative Economy (Bekraf), and Hara (a blockchain project for social impact) came together to set up the country’s first Blockchain Hub. The hub was launched on Aug 16 in Jakarta.

The Blockchain Hub aims tobring together the various Indonesian blockchain communities in an attempt to drive innovation and provide education on blockchain technology. It will become the main gateway enabling networking between local and global blockchain players, as well as a place to run blockchain-based projects.

Hara founder and chief executive officer Regi Wahyu says that this space will be available to the public and become a forum for sharing and learning about blockchain.

“This is our first step to help blockchain grow in Indonesia, by creating the community. I believe that Indonesia is on the same page as other countries, in seeing the potential of blockchain in solving issues.”

Hara advisor and former Indonesian Minister of Finance Chatib Basri says, “Blockchain technology can bring a real impact to the acceleration of the Indonesian economy. Access to granular, connected, and open data will be very valuable to make decisions, so that it can improve efficiency for the business sector and support the government in determining policies that are right on target.”

Regi feels that global blockchain players will show their enthusiasms when they realise that a blockchain community is being built in Indonesia.

Chatib encouraged all players, including the government to understand blockchain before drafting regulations.

“Regulators might have concerns such as fraud. So, it is advisable to run a regulatory sandbox to test the best outcomes of regulations for blockchain.”

Regi says that it is important for all stakeholders in this industry to be prepared.

“From Hara’s experience in implementing blockchain in several regions in Indonesia, there are still challenges in explaining the social and economic impact of blockchain to businesses, regulators and society in general.”

‘Blockchain a gateway to new economic development for Indonesia’ 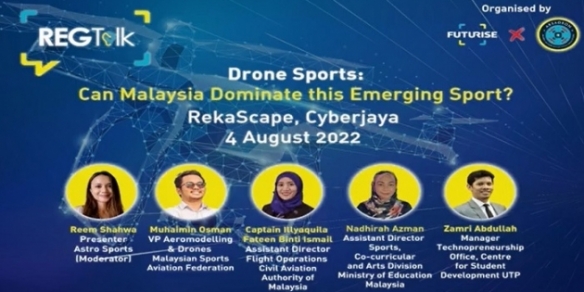