INDUSTRY players are optimistic that despite some challenges, Indonesia’s data centre market has great potential, with a lot of space to grow.

According to DataCenterDynamics’ research division DCD Intelligence (DCDi), Indonesia is currently in the ‘emerging category’ of the data centre market evolution along with Malaysia, while Singapore has already become a regional hub.

“While Indonesia may sit together with Malaysia at the emerging category, the country’s data centre footprint is still small compared to its economic demographic in the region,” DCD Group Asia Pacific general manager Vincent Liew said on the sidelines of the DCD Converged Conference in Jakarta on April 7.

He said that Indonesia’s data centre power capacity for on-premises and shared facilities currently stands at only 285 gigawatts (GW), compared with 335GW in Malaysia and 620GW in Singapore, as of end-2015.

“Add to that, most data centre facilities in Indonesia are still on-premises, which means the data centres are operated by companies’ own IT departments,” he added.

According to DCDi’s market overview, 72.7% of the data centre footprint is on-premises, managed by companies’ IT departments; and 27.3% is located externally or outsourced to data centre providers.

“However, as the demand grows in Indonesia, we are seeing that more companies, especially end-users in the e-commerce sector, are going to invest more in outsourcing and colocation,” Liew said.

End-user investment in outsourcing and colocation is forecast to grow 88% from the predicted value of US$170 million in 2015 to US$320 million by 2020. Data centre demand in Indonesia will be driven not only by Regulation No 82 that came into force in 2012, but also by shifts in the country’s economic profile.

Regulation 82 sets out requirements for electronic systems, transactions, signatures and domain names, among others, and requires operators to place their data centres in Indonesia.

As for the country’s economic profile, services sectors such as finance and commerce are growing faster than traditional sectors such as manufacturing and agriculture, according to DCD.

“With the rapid growth in the services sector, there will be an explosion of data and a need to store those data somewhere,” said Liew (pic).

Indonesia also aspires to become a ‘digital economy,’ and this eventually will boost government and public dependence on technology, according to Liew, adding that this would further drive data centre demand.

“But Indonesia needs to address some old challenges, such as power availability and reliability,” he added.

Despite its abundance of natural resources, Indonesia is still struggling to provide enough electricity for its people and businesses.

Cognisant of the looming power crisis, the Indonesian Government has since 2009 allowed independent power producers to build, produce, and sell electricity to the state-owned Perusahaan Listrik Negara (PLN).

With Indonesia holding some 40% of the world’s geothermal reserves, the Government also passed the Geothermal Law in 2014. Law No 21 aims to make Indonesia the world’s leading geothermal nation by 2025.

At the time the law was introduced, it was estimated that using geothermal resources, Indonesia could produce 29GW of electricity, but was only tapping about 5% of this potential, according to The Jakarta Post.

“The data centre industry can definitely benefit from geothermal power, but players are waiting for the realisation of the geothermal power-generating plan first,” said Liew. Beyond power, the Indonesian data centre industry – like many of its South-East Asian counterparts – faces the challenge of a lack of skilled manpower.

“We have seen this trend in Malaysia and even Singapore, but Indonesia especially suffers from a shortage of staff with the necessary skills,” said Liew.

“The more the market grows, the wider the gap will become,” he added.

The acquisition will help NTT Comms strengthen its footprint in Indonesia, while sharing knowledge and best practices with the local company.

In an official statement, Equinix said that JK1 adds another 400 cabinets to its data centre, from the current 400 cabinets, to keep up with increased demand for interconnection and data centre services in the country.

The GTN Data Centre is a joint venture project with Japan’s Mitsui & Co as well as Mitsui Knowledge Industry, which own 25% and 10% of the project, respectively.

Multipolar Technology said the new data centre would be operating by the end of April, and would be able to accommodate up to 20,000 racks, which the company claimed would make GTN Data Centre one of the largest colocation data centres in the world.

While foreign partnerships will help mitigate the skill shortage and service quality issues in the short-term, Indonesia would need to put in place a more strategic plan for the long-term, experts at the DCD Converged Conference Jakarta said.

A look at Indonesia’s data centre industry, and its challenges 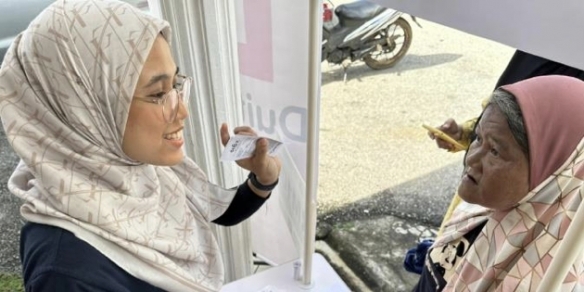