INDONESIA is ready to welcome the annual end-of-the-year shopping season with 211 e-commerce players joining forces to offer up to 95% in discounts to Indonesian consumers, a 48.6% increase from last year’s 142 players.

This national online shopping day or Harbolnas will be held from Dec 12 to Dec 14, and is claimed to be the biggest ever since its birth in 2012. The shopping event is similar to Black Friday in the United States and Singles Day in China.

“While Indonesia holds huge potential in the online market, and while the number of e-commerce players is increasing every year, the number of consumers has yet to keep up,” said Miranda Suwanto, Lazada Indonesia’s senior vice president strategic partnership in Jakarta.

Miranda, who is also the chairman of the Harbolnas committee said that the e-commerce industry need all its players to educate offline consumers in order pull them online.

“Harbolnas is not only a shopping event, it is also a movement where e-commerce players walk hand-in-hand to educate the market and try to pull more offline consumers to shop online,” she added.

In its first year, only seven e-commerce players were part of Harbolnas. The have increased as the country’s e-commerce industry has flourished, from 25 players in 2013, 76 in 2014, and 142 last year.

Hope for the e-commerce industry

According to the Indonesian Ministry of Trade, the share of online retail trade is still below 1% of total retail transactions in the country. There is a potential for this figure to hit 20%.

Despite the low penetration, and slow growth of online consumers, players and industry supporters have great hopes for the country’s e-commerce sector.

According to a report in the Jakarta Post, one of the early e-commerce player Bukalapak.com said that it is targeting a 50% increase in transaction value or about Rp300 billion (US$22.6 million) from its participation in Harbolnas this year, compared to Rp200 billion (US$15 million) last year.

“I don’t think that there is a slowdown [in the e-commerce industry] for now, especially when it comes to online shopping transactions. Our growth has been expanding by dozens per month and our daily transactions are a little less than Rp100 billion (US$7.5 million),” its vice president of marketing Bayu Syerli Rachmat said.

Smescotrade.com, a specialty products marketplace backed by the Indonesian Ministry of Cooperatives and Small and Medium Enterprises has also shown support for this year’s Harbolnas, saying that 700 SME players will participate under its platform with products worth Rp26.9 billion (US$2 million).

“Our goal is to increase the awareness of SME players’ products all over the country, and looking at how the demand in e-commerce is increasing, we need to leverage on this opportunity as well,” said director of marketing service institutions of the ministry, Ahmad Zabadi in a statement.

Meanwhile, for supporting industries such as banking, e-commerce is still the hottest sector in Indonesia, as many banks are now aligning their products and services to better support the customers’ experience in shopping and performing transaction online.

“In Bank Central Asia (BCA), our focus for this year and next year will be around improving our digital banking and mobile banking customers’ experience. We need to keep supporting e-commerce players, and aim to be their preferred payment solution,” its vice president of consumer business, I Ketut Alam Wangsawijaya told Digital News Asia (DNA) on the sidelines of a Harbolnas event.

He said that the industry has not shown a sign of saturation or decline. In fact, he said that transactions were increasing although he declined to give precise numbers.

“The most important part is to keep consumers educated, especially to convince them from a security point of view, how to conduct a secure transaction online and how to spot fraud. That would help more people to shop online,” he added.

Gadgets are still an online favourite

Google argues that beauty and personal care, as well as baby goods will also shine in this year’s Harbolnas.

“People are getting more and more comfortable with shopping for beauty products online, as female consumers find it easier not having to go to multiple stores to look for one particular item,” Henky Prihatna, Google Indonesia’s country industry head said.

“However it is true that gadgets and accessories as well as fashion are still the two most wanted categories in the market,” he added.

The ShopBack survey also revealed that people were willing to spend between Rp250,000 to Rp1 million (US$18.8 – US$75) to shop online during Harbolnas, with consumers in the 19- to 35-year-old age bracket being in the majority this year. 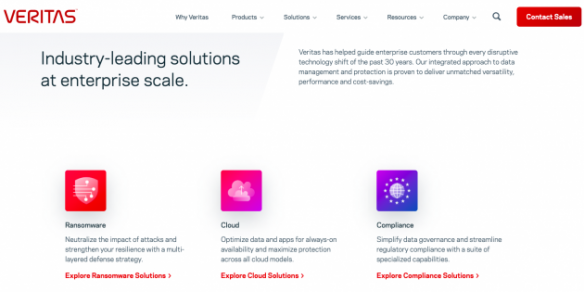