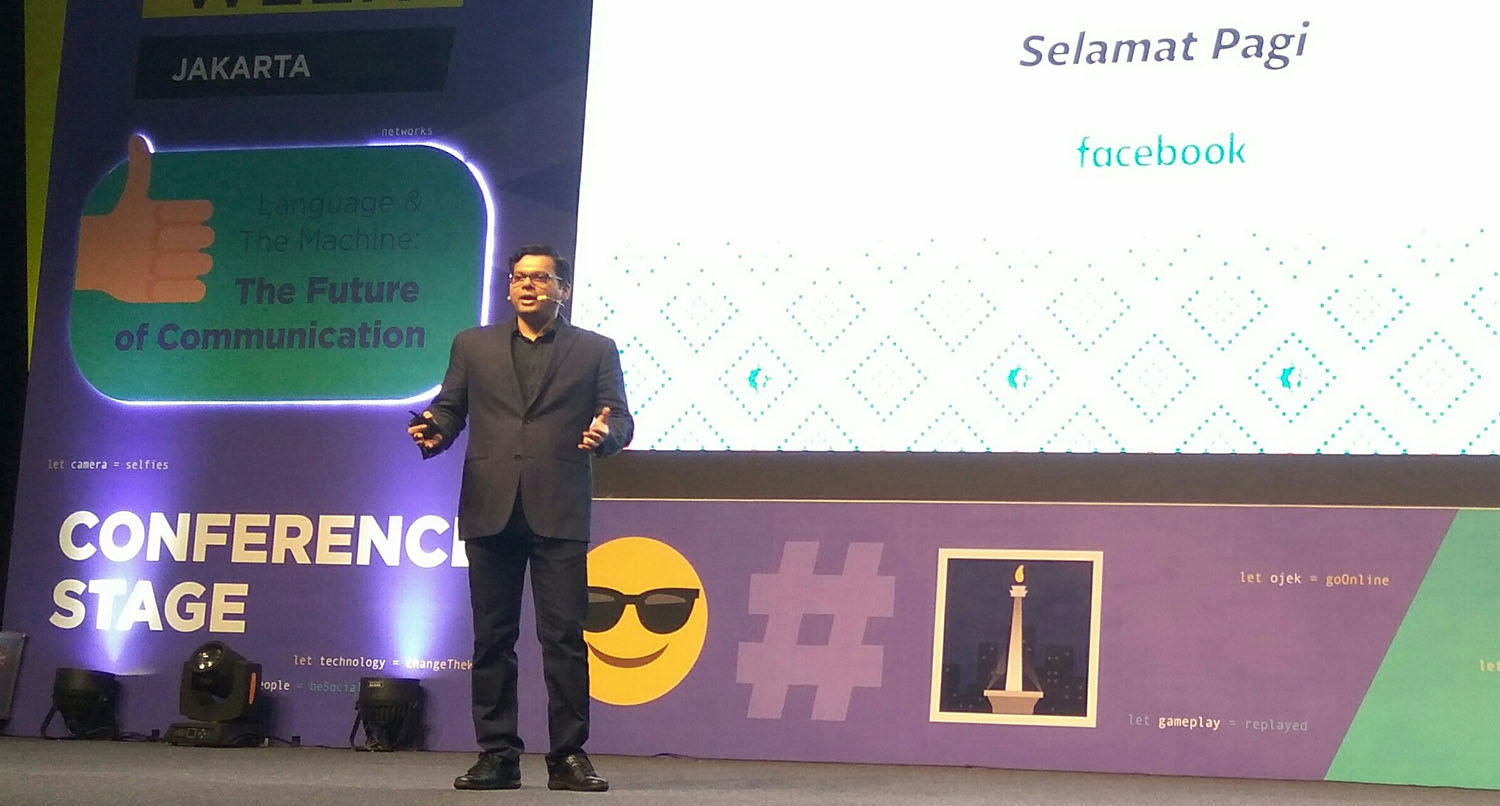 MOBILE communication is changing the way businesses and people connect especially when it comes to millennials or Generation Z.

At the third annual Social Media Week Jakarta 2017, Facebook head of marketing Asia Pacific (APAC) Reynold D’Silva (pic, above) says that there are 115 million users on Facebook every month in Indonesia and 97% of them access the site through their smartphone.

“Indonesian are the most special people on Facebook and from our point of view, it is not only social media, but mass media,” he says.

He says that the growth of social media explains how these communication tools gradually change into mass media because everyone can get connected and access information faster.

“Now, people will see different content on their social media customised based on what they always consume. This differentiates between mass media now and in the past.”

Discovery of products and businesses is also one of the biggest utilities offered by social media, especially Facebook and Instagram.

“Indonesian consumers have this habit of having conversations before purchasing stuff online and this makes it is not just mobile media, but mobile commerce,” he adds.

He points out that the adoption of online social sales, distribution, and payment will accelerate growth in e-commerce.

To keep connecting with consumers, chatbots, robots, and automation also feature in the customer services of most businesses now.

“In the future, it won’t be just commerce, it will include robots and automation too. Automation today helps a business to grow because it could help to keep the conversation going and usage of technology in reading user behaviour is also important so we can offer them what they need.”

How Generation Z engages with mobile In the report, Generation X refers to those aged between 35 and 49, Generation Y are those between 20 and 34 and Generation Z are between 16 to 19. “We are focusing on Generation Z in this report and it shows that 74% of Generation Z are digital natives which means they are inseparable from their mobiles,” he explains.

The time Generation Z spends online is only slightly higher than Generation Y but their use of traditional media is still lower than any other generation.

Gin says that Generation Z thinks that mobile equals their personal space and results in them having a short attention span.

“Their phone is an extension of themselves, a safe and personal space. So, content such as advertising need to be careful not to breach that privacy,” he explains.

The report also shows that Generation Z are less receptive towards advertising in general. Therefore, providing the right content, format, and context of advertising are important for each generation.