2018 marks the 10th year of the Malaysian Software Testing Board’s (MSTB) anniversary as a national body representing industry interests in promoting Software Quality Assurance (SQA) and software testing as core competencies in the development of quality IT products and services.

In her 10th year as its president, Mastura Abu Samah, an entrepreneur with her own software company, reflects on what some of its achievements have been in driving the nation’s software testing agenda.

She points out that from the onset, MSTB has taken a holistic approach in the execution of the Malaysian Software Testing Hub initiative. “This is to ensure that all key components (awareness, supply, demand, sustainable supply of competent workforce, policies, etc) of the ecosystem are developed in tandem as this is crucial in ensuring sustainability.”

In terms of measuring progress with quantitative data, there is however no such mechanism. Software testing is not the most appealing of areas within the technology world, unlike IoT, Machine Learning, AI, VR etc. Nor are there any global rankings in terms of how many software testing professionals are produced.

Which is why Mastura feels that the best MSTB can do is to look at some informal indicators. Examples would be:

One data point that she does observe is job postings: A search on ‘software testing’ on JORA job portal produces 1,147 jobs advertisement posted in the last 30 days; 601 of them posted in the last 14 days (search done on 25th Jan 2018).

But, does the increase in job postings for software testing reflect a more robust surge in demand, and is demand being filled quickly to indicate the talent supply is there? This would be one indicator that the ambition to position Malaysia as a software testing hub for the region is gaining traction.

“From our perspective, we feel remarkable progress has been made since the inception of MSTH in 2009 and that the ecosystem is already in place but needs to be strengthened of course but that is ongoing. Starting from being virtually non-existent, the Malaysian software testing industry has started to grow.”

She offers some indicators:

Good progress made but no one's getting carried away

But no one’s getting carried away she assures. “This is just the beginning of the journey, past the stage of ‘building of the foundation’.  As we have publicly said before, the emphasis of MSTH under the 11th Malaysia plan is to realise the economic opportunities created through MSTH’s earlier activities.”

Of urgent priority is the focus to create a pool of competent Malaysia-owned companies capable of fulfilling increasing demand for software testing services in the domestic market. “Otherwise, these opportunities will simply go to foreign players which are already knocking doors here. This initiative is still on-going,” says Mastura.

One initiative that industry players Digital News Asia (DNA) spoke to would like to see is for more meet-ups to happen and for hands-on training to complement to certification training offered.

The latter is actually on the horizon. “MSTB has develop a Software Testing Bootcamp which is designed for skilling up of test professionals. The first module, which is meant for entry-level testers is undergoing refinement and would be ready for its pilot run this quarter,” says Mastura.

On the question of having more meet-ups, from MSTB’s perspective, the annual SOFTEC Asia conference which has grown to become the biggest English-medium event for software testing in the Asian region with international experts and seasoned practitioners in SQA-related fields make it an ideal platform for such meet-ups.

“On another front, MSTB is also promoting the establishment of Community of Practice (CoP) where members from the software testing fraternity will have a platform (online and face-to-face) for informal meets and discourses on areas of common interests,” she shares.

With all that has been activated already, the next step for MSTB, as already mapped out under the 11th Malaysia Plan (Malaysia’s 5-year economic plan with the current one goinfg from 2016 to 2020) is to realise the economic opportunities created from earlier MSTH activities.

The exact nature of how this will be done will be made known at a later stage, says Mastura.

Significantly here is the fact that 2017 marked the end of MSTH programme being led by MSTB. The programme will continue under the wing of Malaysian Digital Economy Corporation (MDEC). The early part of 2018 will be the transition period for this change in ‘ownership’.

According to Mastura, MSTH under MSTB has provided the "foundation" for the industry and it is time for an appropriate agency such as MDEC, which has the muscle to build on the foundation and carry the torch.

“The taking over by MDEC is a positive move as MDEC could be more effective in leveraging the support of stakeholders in general and other agencies, in particular,” she says.

“For MSTB it has been a long journey. Over the last nine years, MSTB has spared no effort to establish a solid foundation for the industry by putting in knowledge-centric framework to develop the crucial elements of the ecosystem – the knowledge-based workforce (existing and future supply), demand generation (public and private sectors), supply readiness and policy matters,” she says.

This has been made possible by support by various agencies and industry stakeholders as well as collaborations with overseas partners from MSTB’s international networks including ISTQB; IREB; Germany’s German Testing Board and Fraunhofer FOKUS; University of Memphis, USA; Japan’s Association of Software Test Engineering (ASTER) and Union of Japanese Scientists and Engineers (JUSE) and Korean Testing Board – just to name a few.

Moving forward, she explains that MSTB will return to its ‘charted role’ of a Certifying Body in the disciplines relevant to SQA, covering certification for professionals, processes, organisations as well as software and software-enabled products.

“As an industry movement, MSTB will continue to contribute towards the development of the industry through its core testing business expertise, knowledge and international networks; and provide support to MDEC on MSTH if required,” says Mastura. 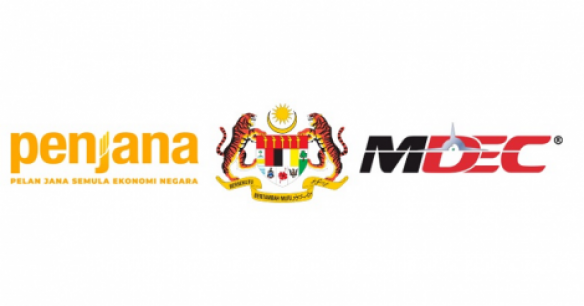