Operating in markets with booming startup scenes, Telenor Group recently surveyed technology buffs to better understand key startup trends for 2017 and the challenges and views of entrepreneurs in Asia.

The survey was conducted over Facebook and LinkedIn with 215 respondents aged 15 to over 55 years old from Bangladesh, India, Malaysia, Myanmar, Pakistan, Singapore, Thailand and other Asian countries.

“The inaugural Digital Winners Asia event which took place in Myanmar last month not only saw some of the best startups from across our six Asian markets pitching for new-market expansion funding, but also provided a glimpse into the Asian entrepreneurial mentality,” said Telenor Group New Ventures director Johanna Staaf.

“We wanted to further enhance our understanding by reaching out to Asia’s budding entrepreneurs; what gets them out of bed in the morning, what are their focus areas, and where we might see some exciting new disruptors in the next year.”

Robotics to take centre stage in 2017 Respondents were asked to share their views on the development of the 2017 Asia startup landscape and which sectors would be the most ready for disruption in 2017.

Nearly half of all respondents chose robotics as the sector most ready for disruption in 2017. With the number of industrial robots deployed worldwide to increase to around 2.6 million units by 2019 and automation becoming increasingly important across industries, robotics would indeed be a priority focus for businesses in 2017. With Asia leading the world in the race towards fully autonomous vehicles by setting milestones like the launch of the world’s first self-driving taxis in Singapore this August, 2017 might just be the year we see self-driving cars becoming the norm.

To gauge the interests and personalities of the survey respondents, each person was assigned the type of startup they were most likely to create in 2017, based on pattern of their responses.

Thirty-eight percent of respondents were found to be the most likely to create an IoT startup in 2017, significantly outnumbering the number who would establish medtech startups (22%), on-demand startups (14%), enterprise startups (11%) and fintech startups (10%).

With a potential market of 34 billion devices expected to be connected to the internet by 2020, and nearly US$6 trillion to be spent over the next five years, it appears Asia’s entrepreneurs are well aware of the potential opportunities offered by the Internet-of-Things.

In addition to these 2017 startup trend insights, the survey findings also hint at what Asian entrepreneurs think it takes to succeed in the tough startup world.

More than a third of respondents (36%) believe that cybersecurity and data privacy is their number one priority, and keeping their customers’ data safe and secure is the biggest challenge facing Asian startups.

One in four also admitted that the lack of business management skills and experience is another major obstacle, and having access to expert guidance would be an important growth factor.

Another 16% say they are hampered by public policy frameworks and environments that are not conducive to startups, while 14% say that sustained funding across all stages of startup development would be important.

Fewer than one in 10 were seen as were concerned with the challenge of expanding into other markets in the region.

The survey also found that business growth and profit are not the only primary motivators, with 29.3% of respondents stating that helping others gives them a sense of worth and purpose.

From a personal perspective, 35% said that they are most interested in augmented and virtual reality, followed closely by artificial intelligence (33%).

Over 50% of APAC tech professionals expect their job to be automated within ten years: Survey 2017 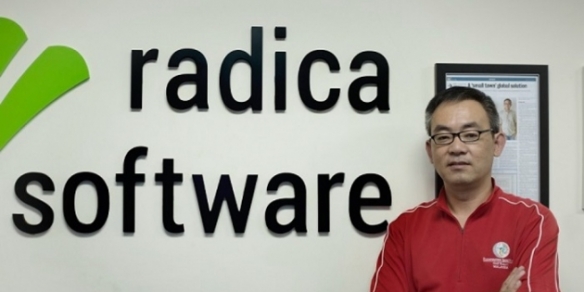