ESL One returns to Genting for second year running 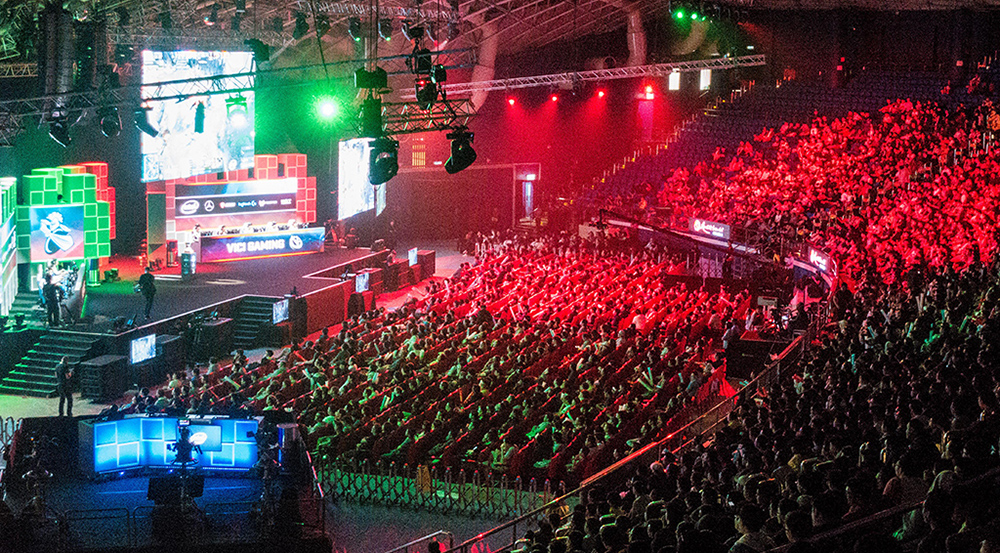 THE temperature in Genting rose a notch over the weekend as e-sports fans descended on the Arena of Stars in Resorts World Genting to attend ESL One Genting 2018, the region’s largest e-sports tournament.

For those unfamiliar with the world of e-sports, ESL One Genting is a Minor Dota 2 (Defense of The Ancients) Event on the official Dota Pro Circuit.

With a massive US$400,000 prize pool, the event brought 16 of the best Dota 2 teams in the world to compete to get their share of the prize money and get that much closer to The International 8 (TI8), the biggest Dota competition in the world.

In this year’s edition, the world’s top eight teams will cross swords with an additional eight teams from the qualifying rounds. Team Secret was the winner of last year’s competition and has been poised as the crowd favourite but there was representation from Southeast Asian teams including Mineski, Fnatic and TNC Pro Team.

The e-sports trend is certainly taking off in the region with a strong active Dota 2 player base and local teams.

Update: After a nail biting final showdown between top tier Chinese Dota 2 team, Newbee and European team, Liquid on the finals on Jan 28, Newbee emerged victorious. The victory was particularly satisfying for Newbee as they exacted their revenge on Liquid following defeat at The International 7 last year. The victory saw the Chinese team walk away with US$160,000 in prize money and 200 qualifying points added in their bid to compete at this year's TI8. Coming up in second place, Liquid will take back US$80,000 and 120 points. It is still very early in the season for the Dota 2 teams but it is anybody's game as the road to TI8 shapes up and the teams jockey for position. During an interview with DNA, ESL senior vice president of product Ulrich Schulze (pic, above) said part of the reason why ESL keeps coming back to the region is that the Southeast Asian teams are some of the strongest in Dota, as they were a near constant feature at The International.

Apart from that, this year’s attendance was better than last year as they managed to sell out the event filling 5,500 seats at the venue.

“Everyone was really happy with the setup last year with the close proximity of the arena to hotels and other amenities. Also, being on top of a mountain is something that you don’t often see in other e-sports events,” he added. The competition got off to a rocky start earlier in the week following ESL’s announcement that Facebook would be the exclusive streaming home of Dota 2 pro tournaments, angering many members of the Dota 2 community especially after top Twitch casters were banned for hosting unauthorised streams.

Schulze however maintained that the move to Facebook for streaming has a lot of long-term potential as the platform is committed to improving the viewing experience.

Though he admitted they are not as established as some of the other streaming platforms, he believes they have seen a good start as the number of views has been growing over the past few days.

ESL is however, realistic that the switch to a new platform and did expect the same number of viewers are before from day one.

“We are at this point happy with how it has been going so far and are now focusing on improving the streaming experience in places where it may be lacking and using it to further grow the audience,” he said.

Following the Facebook streaming issues, Dota 2 developer Valve cleared the air by explaining that the action to prevent Twitch streamers is unwarranted as it owns the content that is being streamed. On the matter of the emergence of mobile gaming and e-sports, Schulze said ESL is constantly on the lookout for the most popular games that gamers are playing and if they translate well into the e-sports scene.

At the moment games like 2017’s surprise hit PlayerUnknown’s Battlegrounds (PUBG), which gave rise to the Battle Royale genre, together with Epic’s Fortnite have the potential to be the big e-sports titles.

Having worked in the e-sports industry for 15 years, he has seen many games come and go though he acknowledges that mobile games such as Arena of Valor, Clash Royale and Vainglory are coming up. That, however, does not denote that platforms like the PC are going anytime soon as there will always be an audience for the games.

“A few years ago, mobile gaming was less sophisticated but it has since matured. Bringing a brand new game to a new location is always a risk but every time we do manage to fill a venue with fans and they are happy, it is a really special moment,” he said. While you might think that e-sports would only attract brands typically associated with games such as gaming hardware manufacturers, premium brands like Mercedes-Benz are also present.

The German automaker entered into a partnership with ESL to cooperate by providing tournament sponsorship across several global markets. It is interesting as it denotes a new strategic direction to expose its brand to a younger demographic that may one day grow up to be its customer base.

To Schulze, their presence is an indication to other brands that e-sports is filled with opportunities that brands just can’t miss out on.

“I believe that e-sports have evolved to the point that brands shouldn’t view it as an event just for kids but for anyone who loves sports,” he said.