Micro small and medium enterprises (MSMEs) that employed e-commerce survived the onslaught of the pandemic better than those who didn't, according to a report by Alibaba.com.

In a statement, the e-commerce player, together with its resarch arm, AliResearch Institute, have co-published a report titled “Challenges, Responses, and Transformation of MSMEs in the Post-Pandemic Era”.

The research revealed that the survival rate of MSMEs is 7 percentage points higher in the regions with the highest e-commerce penetration than in those with the lowest.

“There is no denying that businesses and individuals have suffered tremendously.

“However, the creativity and ingenuity that MSMEs have put into action to overcome the many hurdles created by the pandemic are nothing short of impressive.

“E-commerce may have served as a survival mechanism throughout the pandemic, but moving forward, it will remain a valuable tool for global trade,” said Zheng.

He added that social selling, live commerce, virtual trade shows, and request for quotation marketplaces allow sellers to get creative in how they reach their audiences and make it easier for them to connect with their ideal clients.

Through digitalisation, MSMEs can also easily access insights related to Internet traffic, demand forecasting, and other key analytics that empower them to make better decisions for their businesses, he said.

Hongbin Gao, vice-president of Alibaba group and head of AliResearch Institute, said the company recognises that MSMEs are not only critical economic players but their health and prosperity are also critical to a full and sustainable global economic recovery.

“Consequently, we have released this report to help return MSMEs to the center stage and facilitate broader and more practical discussions about supporting MSMEs and equipping them for greater economic impact,” he added.

Other key findings in the report include:

Despite the grim outlook, Alibaba said the potential for market expansion remains huge for Asia-Pacific, nevertheless, the report said.

For example, Vietnam’s high-potential regional e-commerce market has grown 24 times in the past six years and is expected to reach USD234 billion (RM1 trillion) by 2025 (up from USD5 billion (RM22 billion) in 2015).

It added that digital transformation has proven to be a lifeline to many MSMEs during the pandemic, by reducing their costs, providing timely access to information, optimizing workflows, and helping them expand into new markets.

In Thailand, about 40% of MSMEs surveyed shared that platform companies like Alibaba.com could offer favoured policies to improve efficiency of operating, it said.

Their second-most form of support needed was for governments or institutes to roll out new export stimulus, with around 30% reflecting this, the report added.

However, the report also revealed a significant gap in the adoption of digital strategies between smaller and larger enterprises. 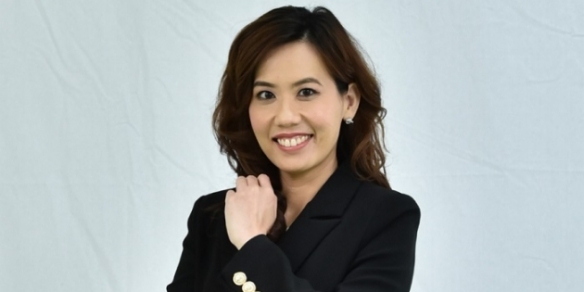