THE Consumer Electronics Show in Las Vegas is the first major tech event for the year where the who’s who of the tech world, display their latest products for all to see.

I’ve only been to the CES once many years ago and I literally felt like a kid in a candy store with so many interesting tech products to touch, see and feel. Now if the reports from year’s show are any indication, CES is still the crazy smorgasbord of weird, wacky products that range from laptops, mobile phones, white goods, cutting-edge technology and much more.

This being 2017 there are a few notable trends that have carried over from last year such as virtual reality, artificial intelligence and smart driving cars, just to name a few.

We have taken the time to round up the very best innovations and trends that have come out from this year’s show. From a company that specialises in making graphics cards for PC gaming, Nvidia has certainly diversified itself as it is partnering up with car manufacturers like Audi to develop artificial intelligence for cars.

Nvidia is under no illusion that it will take years before self-driving cars finally take off. In the meantime, AI Co-pilot is the next best thing. Think of it as a sort of wingman for your car that notifies you if you have missed out on seeing that cyclist entering your lane from the right or that motorbike attempting to cut you from behind.

What I found even more impressive, and perhaps a little creepy, is how Ai Co-pilot is able to track your head movements, know where you are looking and is able to read your lips (hello Hal 9000) to get driving directions.

As it is incredibly stressful navigating through Malaysian roads it is always good to have an extra pair of “eyes” on the road. Needless to say, I’m excited to see if my next car would have an AI co-driver built in for a safer drive.

There is a faint glimmer of hope that 2017 may be the year we see a revival of BlackBerry smartphones.

Personally, I never quite understood the appeal of BlackBerry in the past but I have to admit that the new BlackBerry “Mercury”, teased at CES by Chinese manufacturer TCL, looks very sexy indeed.

While there are no solid details on the specs of the phone, we do know that it will be an Android powered device, running on Android 7.0 Nougat no less. What is evident is that the iconic physical keyboard will be back, so fans of the original may rejoice, even if this causes the screen’s aspect ratio to appear shorter than normal.

The rest of the phone looks like a typical Android phone from 2017 sporting power buttons, volume rockers on the side and a USB-C port on the bottom.

While this CES reveal is little more than a teaser of what is to come, there should be more details of the BlackBerry Mercury at the Mobile World Congress in February. Gaming hardware maker Razer is known to showcase some pretty crazy concepts during CES. In the past, they have presented outlandish products like modular desktops (Project Christine) to convertible gaming tablets (Project Fiona) but it looks like Project Ariana may be their most ambitious product yet.

To put it simply Ariana is a 4K projector that uses a wide-angle fisheye lens to broadcast real-time videos of your game onto the adjacent wall, providing even more, immersion into the game.

It is hard to describe in words really, but the experience is akin to what you may see on a virtual reality headset without having to strap a chunky visor over your head.

Razer is hoping to turn Ariana into an actual retail product by year end though there is no word on its pricing. The concept nonetheless is extremely compelling and I am eager to see it in action. All-in-one PCs are a dime in a dozen. This year’s CES had no shortage of them but one particular model from HP stands out.

It is clear to see that the Sprout Pro G2 is an all-in-one that is designed for creative individuals. The PC has a 23-inch full HD display, a large 21.3-inch touchpad that HP calls the Touch Mat that artists can use to draw on with its active stylus.

The hardware on the inside includes an Intel i7 processor and Nvidia GTX 960M graphics to power it.

The Sprout one ups other PCs in that it has a special integrated camera that lets you scan 3D objects.

I found this concept to be rather interesting as it not only provides artists with an outlet to draw in 2D but also manipulate objects in 3D. Frankly, this looks like an interesting piece of hardware that looks like it can benefit artists looking to turn their designs from concept to reality even quicker.

HP has not announced the Sprout Pro G2’s price though there should be more details out in March. 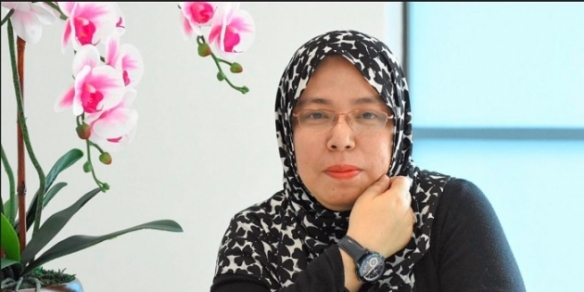